Valtteri Bottas was left dissatisfied with his run to fourth place in the Canadian Grand Prix, in which he was hamstrung early on by rising engine and brake temperatures.

Bottas finished off the podium for the first time in 2019 after qualifying sixth and fell behind the second Renault of Nico Hulkenberg on the first lap.

He struggled to make progress in the first stint but worked his way through to fourth and picked up a bonus point for fastest lap after a second pitstop near the end of the race.

Asked by Autosport how satisfied he was with his recovery having targeted damage limitation in the championship but fallen 29 points behind team-mate Lewis Hamilton, Bottas said: "I can't be very, very satisfied with P4.

"Obviously I at least made up a couple of places and got the extra point for fastest lap so that is positive but otherwise...

"The beginning of the race was tougher than I was hoping for. I lost one position being boxed in into Turn 2.

"There was a bit of a train of cars with DRS in the beginning. 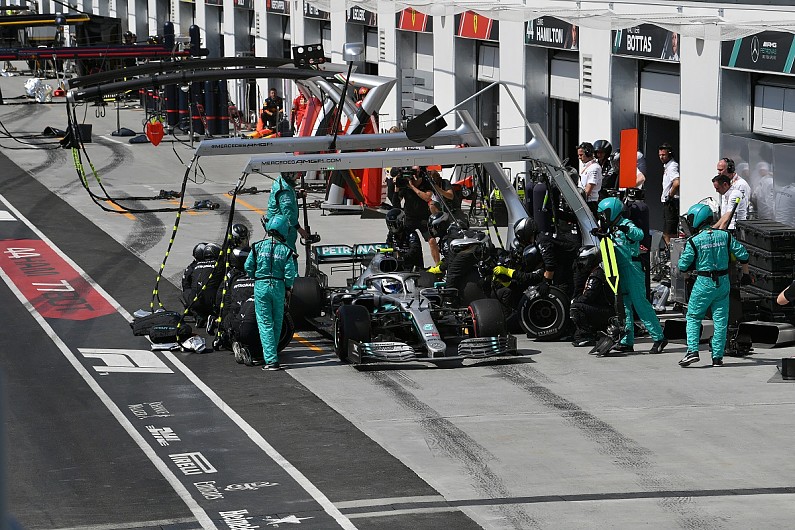 "We were quite limited with engine overheating in the first stint and also the brakes overheating so we followed close enough to put pressure on.

"I was waiting for the opportunity and eventually they boxed.

"By that time I'd lost a lot of time to the top three cars."

Mercedes was able to make some changes at Bottas's first pitstop to alleviate the rising temperatures he was battling with while running behind other cars early on.

Bottas said his pace when released from behind the Renaults proved his own performance was not an issue in Montreal but he paid the price for his mistakes in qualifying on Saturday, which also contributed to the temperature issues he faced early on.

"And it was the same in the second stint - I felt quick. But everything comes down to [qualifying].

He added: "It was a degree or two warmer than the day before and we were kind of counting on being on the first row or at least the second row.

"But being on the third row makes it more difficult [to manage the temperatures].

"So we knew there could be trouble."