Charles Leclerc said he was surprised by how much his Ferrari Formula 1 car was damaged when he ran wide in Spanish Grand Prix qualifying.

A trip over the kerbs at the fast Campsa right-hander in Q2 sent debris flying from Leclerc's car, and Ferrari made multiple attempts to get it fully fixed as qualifying went on.

Leclerc could only qualify fifth behind Max Verstappen's Red Bull, and admitted his Ferrari was never quite right after his incident.

"I don't really understand how I could lose that much of the car on the kerb," he said.

"I did not expect it. I got a little bit of understeer, but I kept it flat thinking it would be all fine.

"Unfortunately we broke quite a lot.

"I took it a bit quicker, car was probably a bit lower, and we clicked one bargeboard and I think the second one was damaged too.

"I don't think it was a big error from my side. It's just unfortunate this time, it had big consequences.

"I had quite a lot of understeer, especially after we lost half of the bargeboard.

"We tried to repair it, but somehow it just didn't feel the same as before. So, we need to look into that." 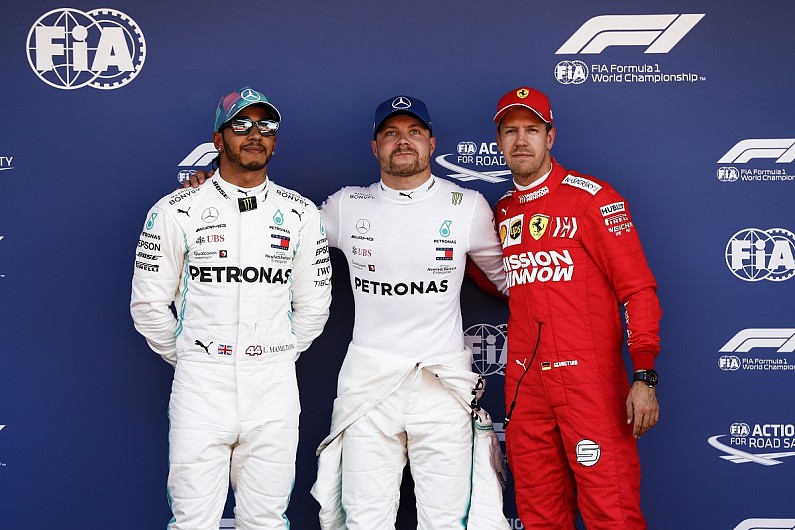 Mercedes filled the front row again at Barcelona with Valtteri Bottas and Lewis Hamilton, as Sebastian Vettel's Ferrari was eight tenths of a second off the pace in third and Leclerc another three tenths back.

Leclerc felt there was no way Ferrari would have been in pole contention regardless of his error.

"We were slower than Mercedes today and that's it," he said.

"Mercedes have been extremely quick all weekend, and all Friday, all through FP3 and we felt it coming a bit to be honest.

"They are just extremely quick and we need to work to try and catch them."