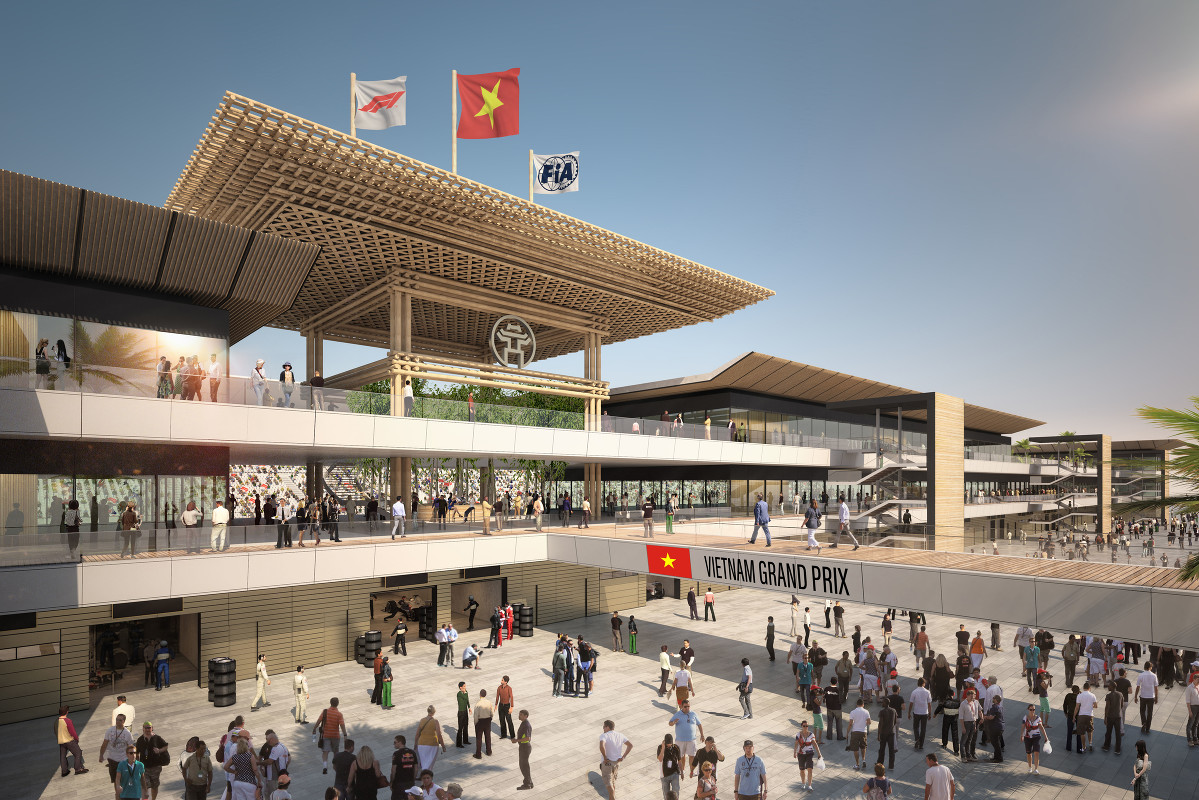 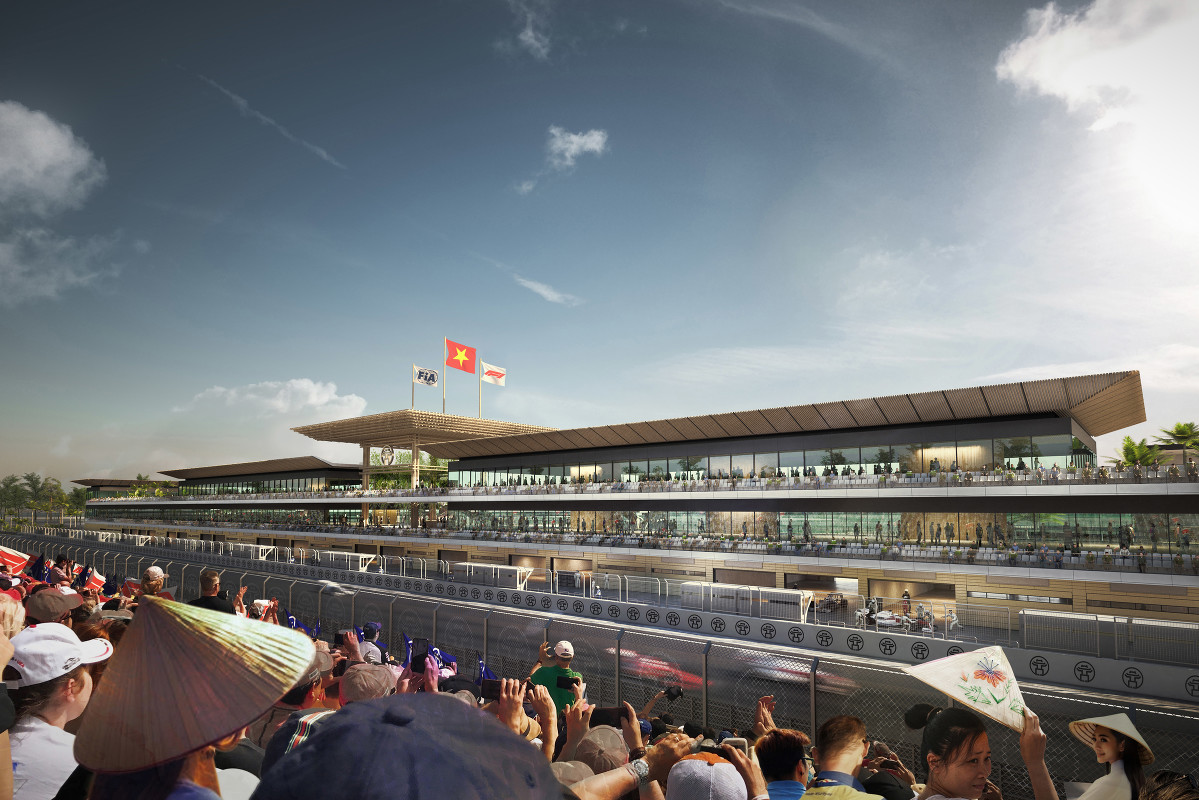 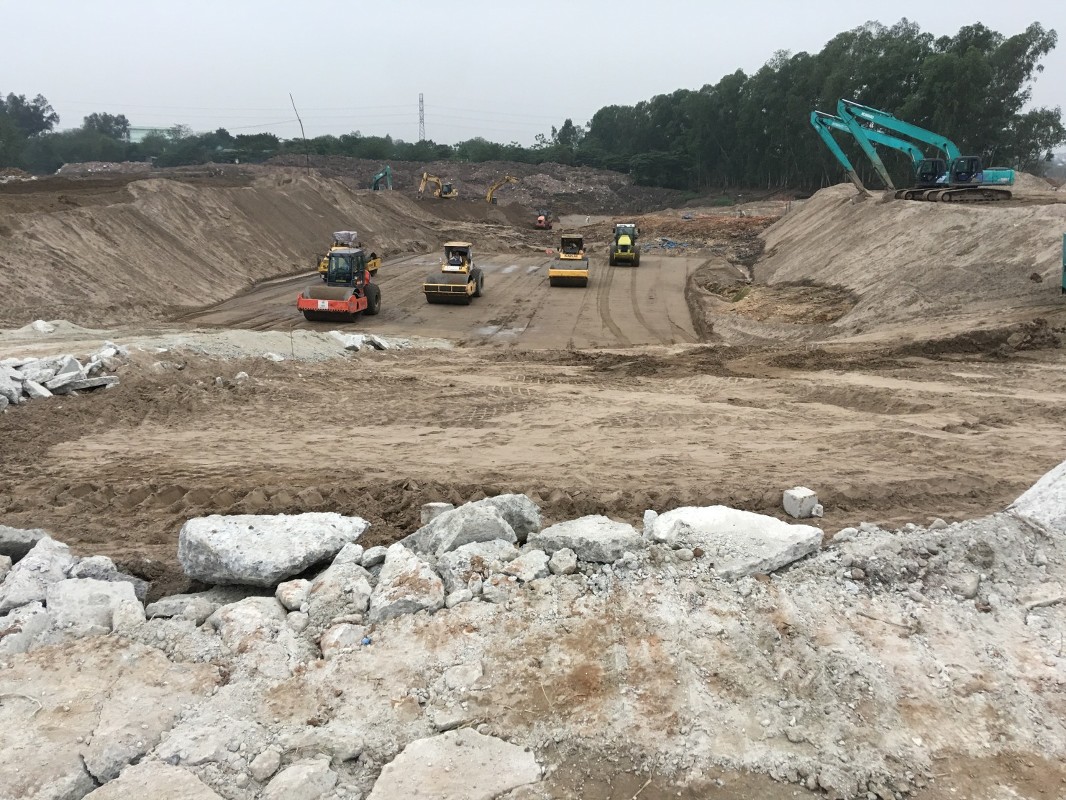 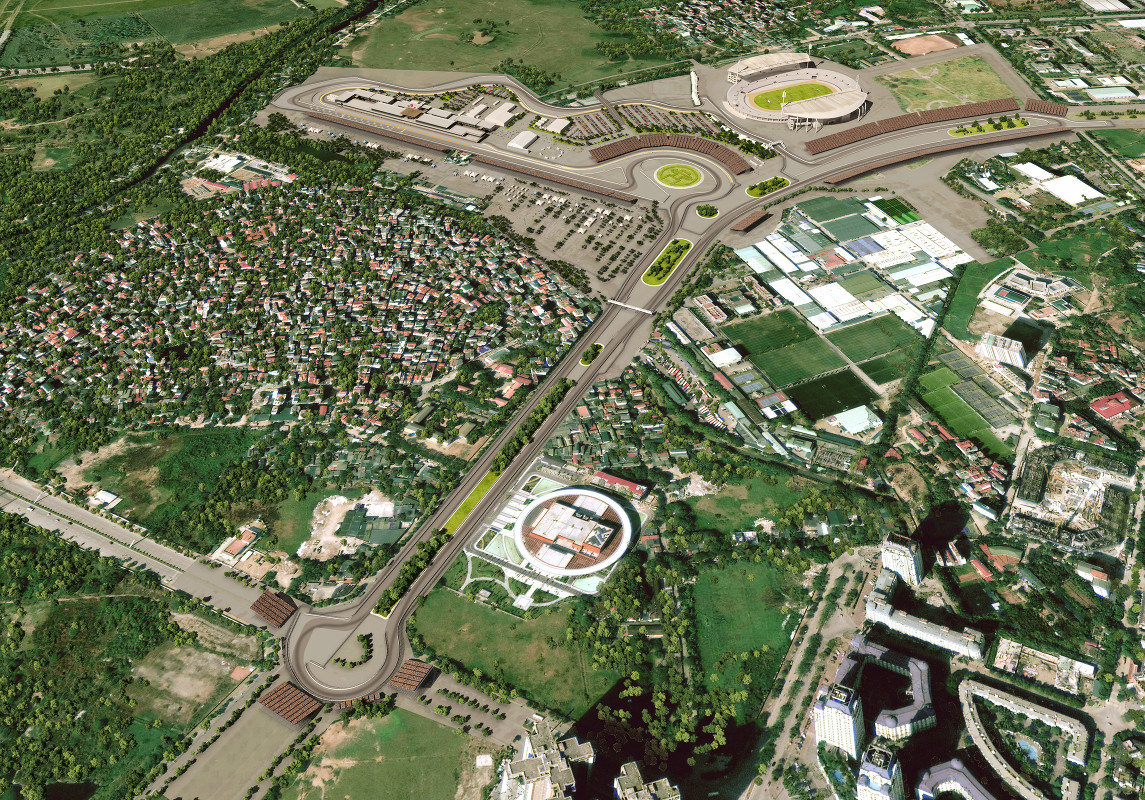 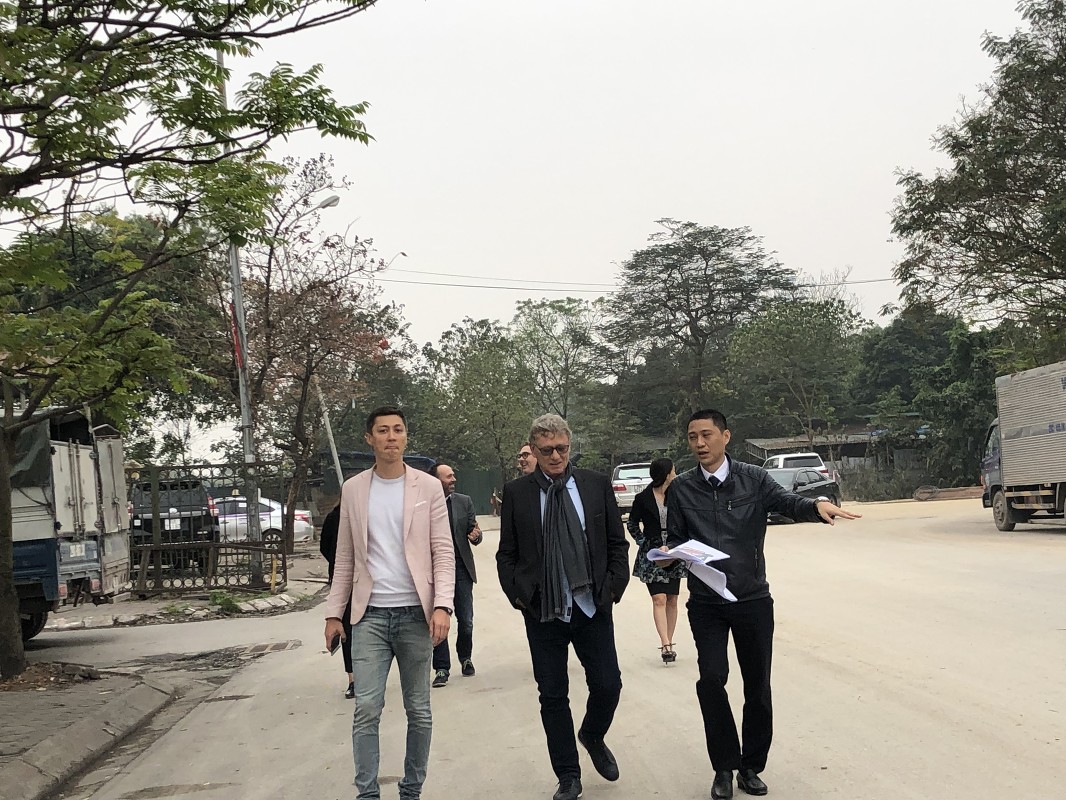 The first look at the new permanent facility for the Vietnam Grand Prix, set to make its debut on the Formula 1 calendar in 2020, has been revealed by F1 Racing.

Computer generated images of the pit building - exclusively revealed in the latest issue of F1 Racing that is on sale on Thursday - display how the new facility will look.

In an area 20 minutes from downtown Hanoi, in the Nam Tu Liem district, work is being undertaken to clear an area and construct a brand-new permanent pit and paddock.

Two-thirds of the track will utilise public roads already in place, while the high-speed twisty final section of the lap and the start/finish straight are being built from the ground up.

The circuit is characterised by wide long straights, the longest of which is 1.5km (0.93 miles), connected by roundabouts into long braking zones and tight hairpins.

The intention is to create a street circuit with overtaking opportunities more akin to Azerbaijan than Monaco.

"There was a close co-operation with the team at Formula 1 and the organisers at Hanoi to design the circuit," says Carsten Tilke, the managing director of Tilke who is also responsible for the day-to-day operations of the company.

"They had a lot of input and we had many discussions about how we could create a good circuit, not only from a driving perspective but to offer a lot of overtaking too.

"Of course, we are fixed to some given streets - which are basically the straights - but through simulation tools we have been able to create the best track possible."

The corner at the end of the long 1.5km straight will feature grandstands on both sides of the track to create what Tilke describes as a "stadium" section.

Between those grandstands and the football stadium will be fan zones and an F1 Village, with vendors for both local and international visitors incorporating Hanoian and Vietnamese cultural activities and local cuisine.

The stadium will also host concerts during the weekend.

The plans for the track are based on a spectator attendance of up to 100,000 people.

The section Tilke is most excited about is the final part of the lap, which allowed his design team to be free-thinking as there are no existing roads to compromise with.

He describes it as very technical, as well as high-speed, with little run-off and no margin for error.

"The whole track has a nice combination of fast corners and long straights, so it will be difficult to find a good setup for the teams," he says.

"Our simulations have shown it will offer good racing and plenty of overtaking options. It will be difficult to get a good lap time as it will be very easy to make a mistake - so hopefully the drivers will like the challenge."

In total, Tilke's architects and engineers will have 18 months between starting work and having the facility finished.

In early April, five Tilke engineers had moved to Hanoi to live full-time to work on the project.

"The design and planning process is quite far down the line," says Tilke. "Almost everything is ready, but the construction has only just started.

"The groundbreaking ceremony was in late March and now we have to get a lot of machinery on site to get the process to build the venue underway.

"Although the calendar for 2020 hasn't been established yet, we have been given until the start of next season for Hanoi to be ready."