McLaren Formula 1 driver Carlos Sainz Jr says he feels for Ferrari junior Mick Schumacher over the scrutiny he is receiving in Formula 2, having had a similar experience himself.

Schumacher, the son of seven-time world champion Michael, took part in an F1 test for the first time at the end of March and has been the subject of intense interest since.

Sainz, the son of two-time World Rally champion Carlos, said he struggled in the spotlight of being the son of a famous driver.

Asked about Schumacher, and whether he wished his own surname had not carried a level of expectation, Sainz said: "Quite a lot and especially when I was a kid and I was go-karting.

"I just felt a lot of people were looking at me and my results and where I was going, and a lot of kids and racing drivers were focused on me because I was the son of [a two-time World Rally champion]. 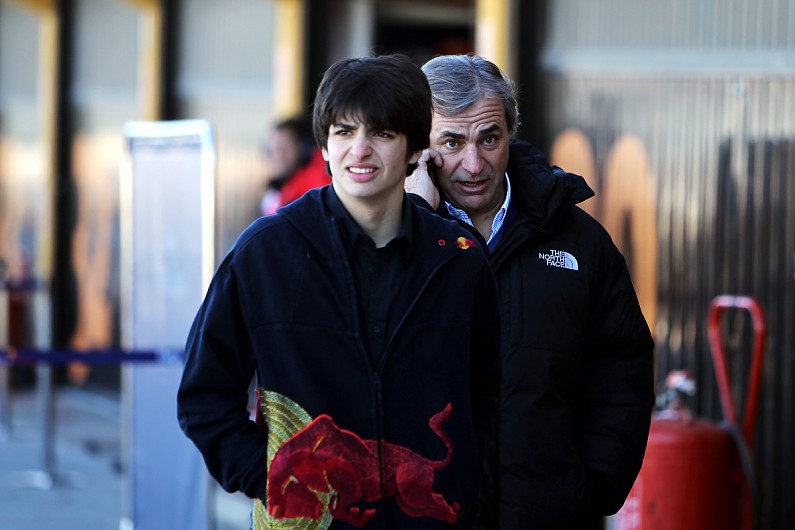 Schumacher has previously said comparisons with his father have "never been a problem", and Sainz (pictured above in 2010 with his father) said the attention he got was something "I ended up embracing" and has helped him become "a better driver today".

"Sometimes kids are a bit mean, and you have that guy who's like, 'I want to beat the son of Carlos Sainz more than anyone else because maybe his father is watching'," added Sainz.

"When I was a kid that was something I really didn't like.

"Suddenly, I started earning more respect because I was being a bit more aggressive.

Schumacher made his F2 debut at the Bahrain round, where he took eighth in the opening feature race of the season and in turn secured the reversed-grid pole for the sprint race.

He fell back to sixth in that race.