The Haas Formula 1 team believes it has a problem in getting tyres into the correct operating window on tracks where there are long straights and low energy corners.

After an encouraging season opener in Australia in which Kevin Magnussen finished best of the rest behind the top three teams in sixth, Haas has had two more difficult weekends in Bahrain and China.

On both occasions, it has found itself struggling to keep its tyres in the right operating window in the races.

That characteristic has left team boss Gunther Steiner adamant that Haas will face further woes at similar tracks later in the year if it does not find a solution.

"It's high-speed tracks with long straights and low-energy corners where we cannot get the heat into the tyres," explained Steiner.

"In winter testing it was cold [but] in Barcelona [second test venue] you load the tyres a lot and you have the energy to put in, and it keeps the heat in and it's fine.

"In Australia we were fine, the temperature was higher, everything worked for us. But in Bahrain and here [in China] it just doesn't work."

Steiner said that there was no single factor that was triggering the problem, but instead a multitude of issues.

"You can't just put it down to vehicle dynamics: it's aero, it's everything. It all comes into place," Steiner said.

"It's a combination of things we need to try to sort out, otherwise it would be easy. If it was a vehicle dynamics thing we would change." 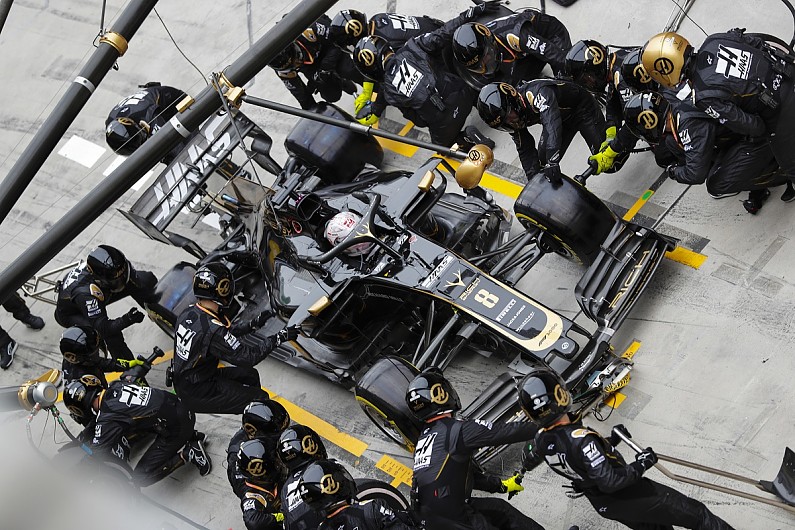 Asked how Haas would go about solving its problem, he said: "You go to the windtunnel, you try to put heat through the tyres in one way or the other; aero-wise, brake cooling or brake heating-wise, or in vehicle dynamics-wise.

"But we don't have a solution at the moment. Once we have it I'll tell you how we did it."

He added: "I think we can overcome it, we overcame a lot of things. We just need to work hard on it.

"We tried, but we didn't fix it. I think we understood the problem after Bahrain, but we couldn't fix it in time for here.

"So we need to see what we can come up with now."