Alfa Romeo driver Kimi Raikkonen suspects that Formula 1 becoming "more of a hobby" for him is what has made it "more fun again".

The 2007 world champion has joined Alfa, which is run by the Sauber organisation that gave the Finn his F1 debut back in 2001, after Ferrari opted to replace him with rising star Charles Leclerc.

Raikkonen has appeared more relaxed since his Ferrari exit was confirmed in the second half of 2018, and has enjoyed the less political situation in his new team.

Asked how he stays motivated as he nears a new F1 record for number of starts, the 39-year-old said: "I don't know really. I don't have any special things that I try to motivate myself.

"It's become more of a hobby for me lately than anything else and probably that's why it's more fun again.

"I always try to do the best that I can. Some days it goes a bit better than others - but that's how it goes when you do a lot of racing. Some days it's a bit more tricky than others.

"It's never really been an issue. A lot of people think so but everybody has the right to say what they think.

"I just try to do what I can and when I feel that it's not what I expect from myself then obviously I try to find a new hobby after that."

Raikkonen has scored points in both his races for the Alfa team so far with an eighth and a seventh in Australia and Bahrain. 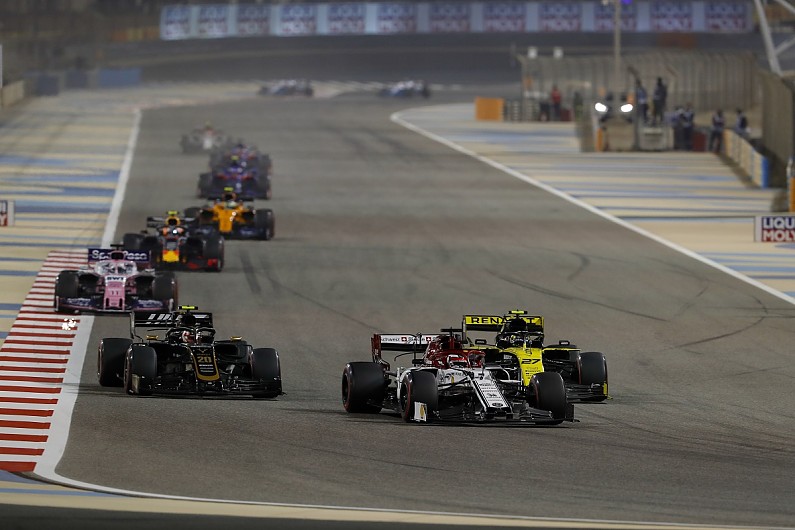 Those results mean he is currently sixth in the championship, the top driver outside of Mercedes, Ferrari and Red Bull.

They also mean Alfa is best of the rest in the constructors' contest too, despite Raikkonen's team-mate Antonio Giovinazzi not yet registering a points finish.

Alfa team boss Frederic Vasseur said Raikkonen is not suffering from "the bad side of 'hobby'", or not taking his Alfa campaign seriously, because it brings the best out of him.

"It is a great approach, to be fully committed when he is at work and to release the pressure when you are outside of this system," Vasseur said.

"He doesn't take it easy. He is fully dedicated, fully focused and he is pushing like hell on every single detail.

"You can ask the engineers. Nobody will consider that Kimi is on vacation!"

Raikkonen has often been described as an old-school F1 character, and compared to the likes of 1976 world champion James Hunt - who Raikkonen paid tribute to with a replica helmet in Monaco in 2012.

As F1 celebrates its 1000th world championship race this weekend in China, several drivers have been asked what era they would like to have raced in. Raikkonen said: "I would look at the late '60s, '70s.

"For sure it would have been more fun, more relaxed, more pure racing.

"Obviously much more dangerous but that's normal at that time."