Red Bull is hoping to find a "magic password" to unlock its RB15 Formula 1 car's sweet spot, as it feels its chassis needs more sorting than its Honda engine.

Both Max Verstappen and Pierre Gasly have struggled to consistently get the most out of the team's 2019 car, which appears to have a narrow set-up window in which it can access maximum performance and make the tyres work.

Verstappen was frustrated with his car's handling as he finished fourth in the Bahrain Grand Prix two weeks after his impressive Australian GP podium, while Gasly is yet to reach Q3 since joining Red Bull and has only finished 11th and eighth in his first two races.

Team principal Christian Horner admitted that it was a hard situation for the drivers.

"It's a tricky car at the moment," said Horner. "Our operating window looks quite narrow and Max has coped with that extremely well.

"It's been harder for Pierre. That will come, I'm sure."

Horner said the Bahrain weekend highlighted where the team needs to improve, and gave some indicators of what needs to be worked on in the post-race test on Tuesday and Wednesday.

"It's perfect timing," said Horner about the test.

"We need to find more performance. Ferrari were very strong here this weekend. Mercedes got lucky with a one-two, but Ferrari were the dominant team.

"Trying to understand where are our strengths/weaknesses to Ferrari here is quite important.

"Once you get into a window, particularly with these tyres... they looked a different team to two weeks ago. And vice versa with Mercedes. 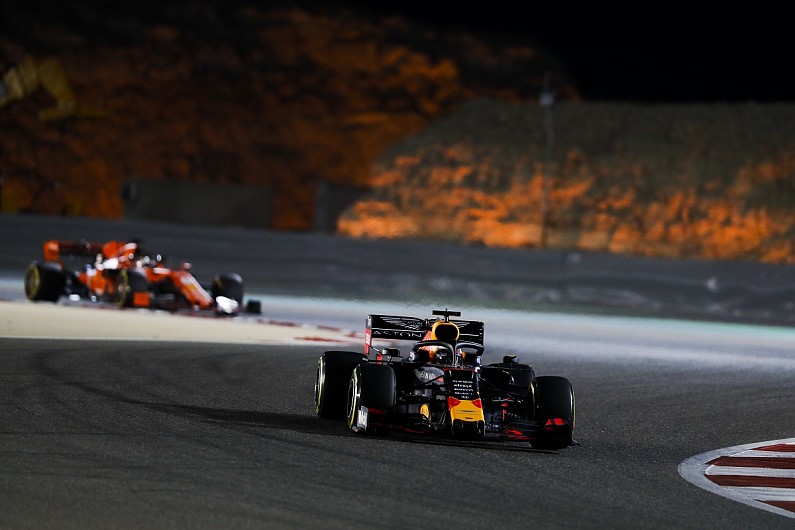 While Horner acknowledged that Ferrari's straightline speed in Bahrain suggests it has a clear power advantage over Honda, he does not believe Red Bull's engine partner is the factor holding it back.

"Ferrari look like they've selected another gear," he said.

"It's been enormously impressive, their straightline performance.

"We've got more to sort out on the chassis side. The engine's continuing to make good progress.

"So our focus is very much on trying to understand the tyre issues and get the car into a good operating window."

Red Bull has experimented with numerous set-up directions in the opening two races to try to figure out what is needed.

Although some of those attempts have not worked, Horner said it has been valuable for improving the team's understanding of the car.

"When you're chasing issues like this and you're moving a problem around, it usually points the finger in other areas," he said.

"We've got a lot of good data from this weekend and are starting to understand areas we need to be focusing on."