Toto Wolff says his Mercedes Formula 1 team cannot judge whether its Australian Grand Prix qualifying domination was an "outlier" or if it is truly that much faster than Ferrari.

Lewis Hamilton led a Mercedes one-two in qualifying in Melbourne, beating team-mate Valtteri Bottas to pole by just a tenth as Sebastian Vettel lapped 0.7 seconds slower in the lead Ferrari.

Vettel had emerged from pre-season testing with the benchmark time and Mercedes was still asserting Ferrari was the team to beat on the eve of the season opener.

Wolff said: "When we came to Australia and hit the road running on Friday it was difficult to really know what to expect - whether we were quickest or not quickest, or whether it would be very close.

"And we had a great Friday. We didn't trust it completely, and the car was equally good today.

"It's just all the work that has gone in since we started testing and the analysis since then that put a car on track that was really fast.

"But it wasn't the easiest of starts in Barcelona and we can't judge yet whether it was a bit of an outlier because Melbourne is different or whether generally we have a car that is as fast as it looks or seems today." 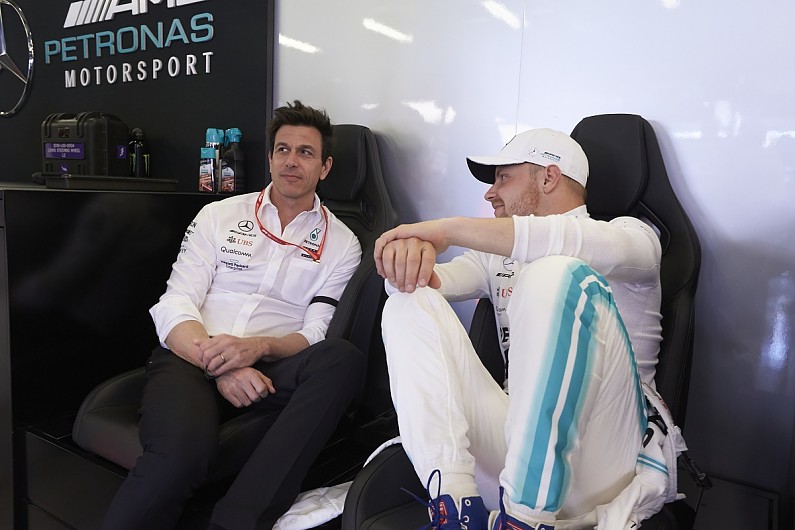 Wolff said Mercedes' performance proved the car is fast but it needs to understand why it was able to unlock this level of pace, after Hamilton and Bottas expressed their surprise at their speed after qualifying.

Last season Hamilton qualified on pole with a 0.6s advantage over Ferrari but Vettel won the race and proceeded to have the faster car over the next few grands prix.

Asked by Autosport if he would be disappointed if Mercedes did not continue like this, or if it would rationalise the performance, Wolff said: "I would like to continue this way of course, but I don't think this is what we can expect.

"I believe that the championship is going to be equally fought over like it was last year.

"Just because we had a very good Friday and a very good Saturday in Melbourne, it doesn't mean this will be a home run for the championship.

"On the contrary, we will - like last year - need to stretch ourselves to the maximum and really leave no stone unturned, like we did after Barcelona to keep ourselves competitive in the way we've been today."

Mercedes introduced a major aerodynamic package in the second week of testing but it was not until the final day in Spain that Wolff said he saw light at the end of the tunnel.

"Then on Friday when we started the first proper low-fuel runs the car was together, we were equally fast with Ferrari, and we felt there was an upside from there."