Lewis Hamilton completed his domination of Australian Grand Prix practice, as Mercedes maintained an advantage over Ferrari ahead of the first qualifying session of the new Formula 1 season.

After topping Friday practice and enjoying a huge advantage over the next-fastest team, Hamilton continued his good form into the third session on Saturday afternoon.

He hit the head of the times as soon as he pumped in a first flying lap and regained the advantage on the two occasions he was briefly bumped back.

The first came seconds after Valtteri Bottas had completed a second flying lap, and the next came when Ferrari's Sebastian Vettel used new soft tyres to go quickest.

Charles Leclerc completed Ferrari's rise from the foot of the top 10 to go third-fastest, 0.457s, but Mercedes appears to have its rival at arm's length heading into qualifying.

The only blip for Mercedes was Bottas's failure to set a true time on his second set of new tyres.

He ran wide exiting the penultimate corner and got sideways after touching the grass, which limited him to a 1m23.422s - only good enough for seventh.

That, combined with a surprisingly muted session from Red Bull, allowed Haas duo Romain Grosjean and Kevin Magnussen to steal in and take fourth and fifth in the times. 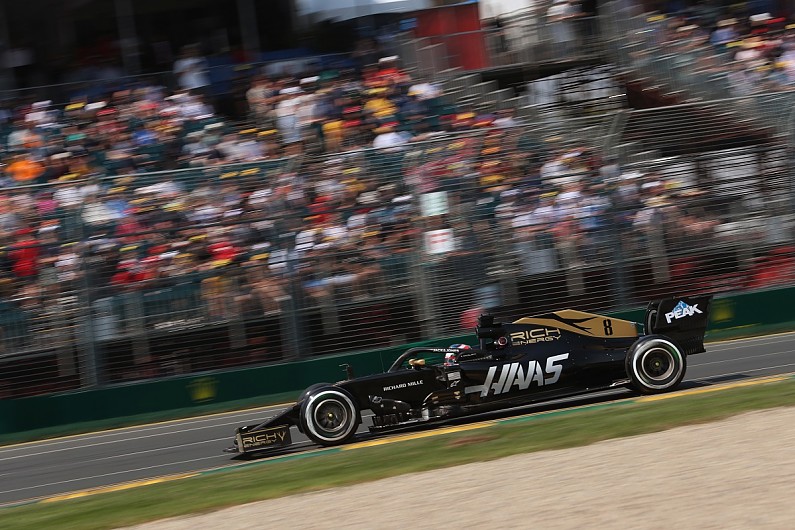 Grosjean was 0.820s slower than Mercedes, two tenths clear of Magnussen, who in turn was a few hundredths clear of Pierre Gasly in the lead Red Bull.

Daniil Kvyat set the eighth-fastest time in the Toro Rosso, indicating the Honda engine was not the reason Red Bull was towards the foot of the top 10 as Max Verstappen ended the session ninth.

Red Bull did spend the majority of the session on the medium tyres, only taking the softs for a final sprint at the end.

Daniel Ricciardo completed the top 10, less than half a tenth clear of his Renault team-mate Nico Hulkenberg.

At the tail of the field, Williams remains detached from the midfield battle.

George Russell was the team's quickest driver again, outpacing Robert Kubica by six tenths but lapping 3.6s off the pace and 1.4s behind McLaren's Lando Norris in 18th.

Kubica slapped the pitwall when he ran wide entering the pitlane, scattering a small amount of debris.

He was also involved in a pitlane incident with Norris that left the McLaren driver being called to the stewards for an unsafe release. The team was fined €5000.