Renault's Cyril Abiteboul believes Formula 1's smaller outfits will be helped by the distraction of top teams needing to make redundancies after the planned 2021 budget cap is introduced.

Mercedes, Ferrari and Red Bull currently have a clear advantage because of their huge resources, but Abiteboul thinks the upcoming cost restrictions could change the situation.

Abiteboul noted that Renault's budget is not big enough to help it close the gap to the front in the short term, but said he thinks the difficulties that will come as some teams need to cut back could leave them with a 'major' headache.

"We know we have a huge deficit in resources against the teams that ultimately we want to fight against," he said.

"But we also know that things like the budget cap at some point will kick in.

"It makes no sense to stack up resources knowing that we will have to reduce and go down. In a certain respect it will be most unprofessional to do that, to hire people that we may have to lose in the future.

"We are exactly at the tipping point of where F1 expects manufacturer teams to be, so we need to accept to stand still. So I would say that our disadvantage will be the resources that we have in the next two years.

"But our advantage is that we will not have the distraction of having to think about the future.

"We can focus on going racing, and not having to think about a redundancy plan that will be a major distraction, let's face it, for the management of teams that are much larger than us.

"There are pros and cons, I am not moaning, we have a plan and we will execute it." 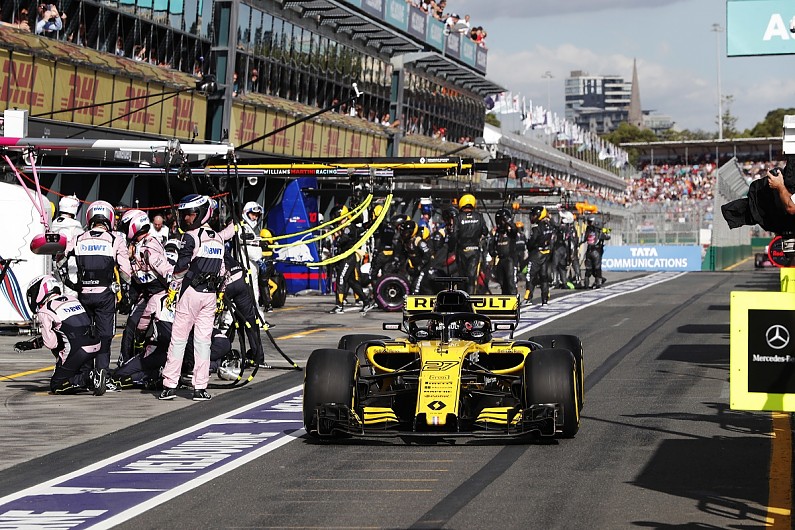 Renault has invested heavily in its Enstone operation since returning as a works team in 2016 and Abiteboul is bullish that the fruits of its efforts will make a big difference as it heads into the '19 season.

"I think it would be concern or nerves if we were not seeing the gains that we are seeing," Abiteboul told Autosport.

"The group of people that are coming together, understanding each other, the stability and acceleration at Viry thanks to a number of recruitments that are finally in place: all of that is giving me confidence and optimism rather than concern about next year."