Red Bull's switch to Honda engines will be boosted by the manufacturer sticking with a design concept for a third season for the first time within the V6 turbo-hybrid era.

Honda rejoined the F1 grid in 2015 with McLaren and made solid progress in 2016, but overhauled its package for 2017 and suffered a major reliability setback.

That prompted McLaren to split with Honda and leave it to rebuild its reputation in 2018 with Red Bull's junior outfit Toro Rosso and convince the senior team to make the switch from Renault.

Honda's 2019 engine will be a further evolution of the design it introduced back in 2017, as it believes it still has untapped potential as well as guaranteeing better reliability than another overhaul.

"We can carry over the current design, or concept, of power unit," Honda F1 technical director Toyoharu Tanabe told Autosport.

"We don't know exactly [what the limit is] because we haven't achieved a high level but we started with another concept and changed it for 2017.

"We learned something earlier, then changed it. In 2018, we carried over this concept and improved reliability and performance.

"We think this concept change is not wrong. It's suitable."

Convincing Red Bull to switch to Honda was a major result for the Japanese manufacturer after just one year with Toro Rosso.

Recent reports suggested Honda had discovered a new vibration problem when testing its 2019 engine, but it is understood that the manufacturer has not experienced a major setback. 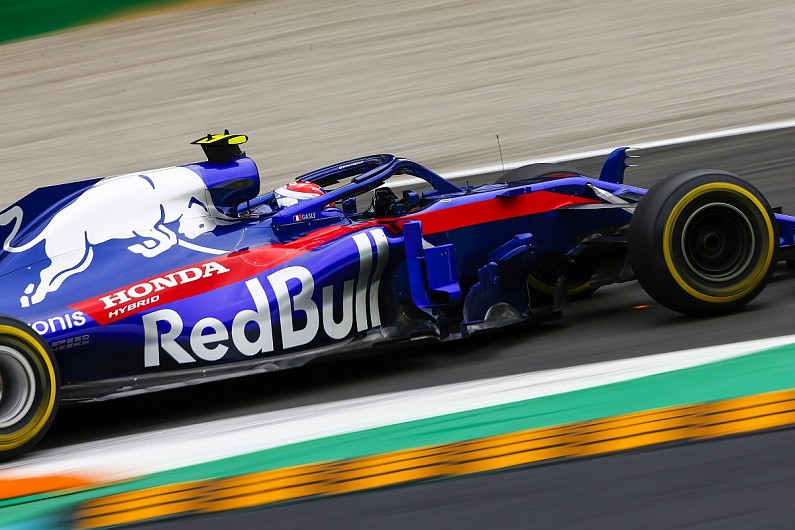 It is believed to be hoping to make more progress with the development before testing begins, while Red Bull has already stressed that reliability is not expected to be perfect at the start of the partnership.

However, as previously reported by Autosport, the close relationship of the two Red Bull-owned teams will give Honda a technical boost as it prepares to supply two teams again.

"When you change the concept of the design a lot, it's very hard to get reliability," said Tanabe.

"It depends on the design level but I'm comfortable with carrying over our current concept. We have a new team, a new design of the car.

"It is a little bit easier to carry over that concept, because the detail is in the installation of the car.

"Toro Rosso and Red Bull has communication and that's easier for the Red Bull side because Toro Rosso knows our power unit.

"They can communicate a problem or a kind of concern from the chassis point of view, and they can come back to us.

"If we have a completely new, or much updated design, it's much more work required."

Honda had discussions with Austrian company AVL about a possible collaboration but decided not to take this any further.

It is thought that this would have related to a longer-term project rather than anything for the 2019 engine.