Carlos Sainz Jr was "really hurt" by the missed opportunities during his 2018 Formula 1 season before leaving Renault with a final flourish.

Sainz snuck into the top 10 of the championship by securing his first best-of-the-rest 'win' of the year in Abu Dhabi, in which he finished sixth, but lost other big because of mechanical problems.

The 2019 McLaren signing found it painful to miss such results that given how much effort went into overcoming early-season difficulties getting on top of things at Renault, which he joined in late-2017.

"I think we achieved it. It's just something that really hurts, that the races that we were about to get a lot of points and show that we were doing it very well, like Mexico or Paul Ricard, where we were leading the midfield clearly, we just didn't get the reward.

"It has been a bittersweet year in that way."

Though his best result came early in the year, with fifth place in Azerbaijan, Sainz said it would be wrong to judge midfield performers on their peaks because there is a lot of luck involved in earning big finishes. 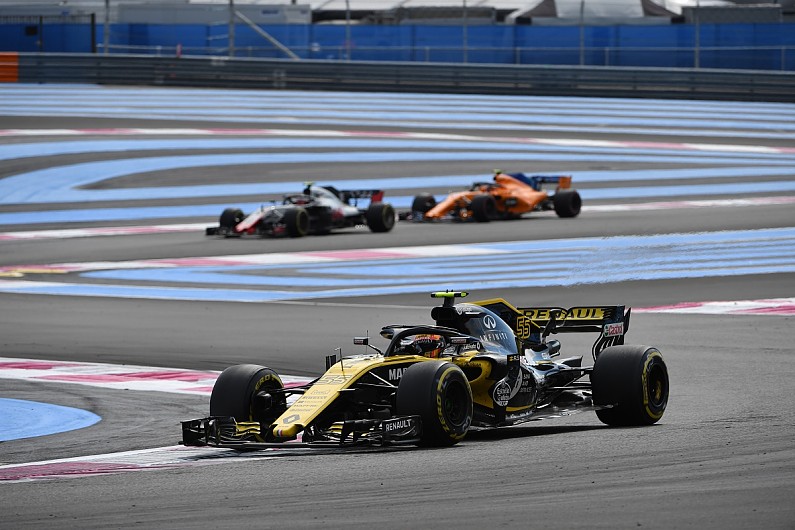 Sainz said the French GP (pictured) was an obvious highlight as he took midfield "pole position" and led that battle until an MGU-K failure late on, and described his start in Mexico as "one of my best" to run sixth until suffering an electrical failure.

But he was happier with his efforts in harder circumstances, such as qualifying eighth in Monaco before being undermined by strategy and snatching a point in Japan when Renault was very uncompetitive.

"Probably my best whole race weekend was Suzuka," said Sainz. "I got a point, I feel that weekend I extracted everything there was from that car, I overtook four or five people in the race.

"It was a difficult weekend for the team but I still managed to bring home one point.

"That's why I say in the midfield you need to be lucky to get a lot of points. The day you perform at the highest level you need your car to be best of the rest.

"You need that kind of luck and balance to achieve a lot of points in the midfield."