Nico Hulkenberg thinks he may have to "find another gear" in order to beat Daniel Ricciardo at the Renault Formula 1 team next season.

The German ended the season with more 'Class B' victories than any other midfield runner and was the highest-placed driver behind the Mercedes, Ferrari and Red Bull contenders in the overall standings with 69 points.

Hulkenberg said he is excited about the prospect of being joined by former Red Bull driver Ricciardo for 2019 as it will give him a chance to prove himself alongside a race winner, but conceded he may need to lift his game.

"Bring it on - we all cook with water, I'm not scared of anyone," said Hulkenberg about facing Ricciardo next year.

"Probably it will be very challenging and I might have to find another gear, but let's see what happens." 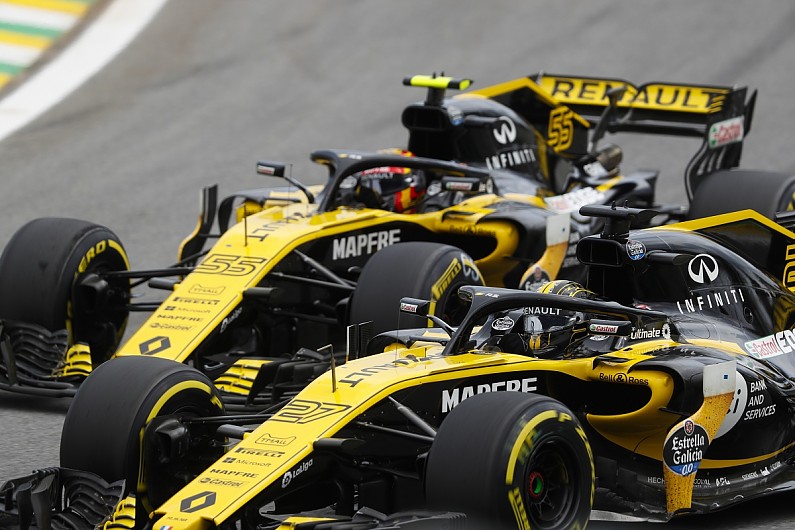 Hulkenberg outqualified 2018 Renault team-mate Carlos Sainz Jr 13 times and also outscored the Spaniard by 16 points but, despite being happy with that record, said his main focus this season was on helping Renault make tangible progress.

"I guess it's always important - people, outsiders, look at that [team-mate comparison] more," he said.

"People inside the team, they know more obviously about what's really going on. It's good, I'm happy - it's much more important that the team and the car progression happens."

"He's been very helpful and good for Renault and for our development as well - he also contributed a lot.

"And I think we've been working really strongly and well together for the team."