Pirelli is hopeful it has addressed several key areas that impacted Formula 1 races negatively in 2018 after the teams gained experience with their '19 tyre compounds this week.

Abu Dhabi's two-day tyre test was an opportunity for all 10 teams to trial the new compounds, all of which have a revised construction and thinner tread.

The consensus among drivers was that the 2019 tyres did not feel significantly different to 2018, which is because the fundamental changes are not based primarily on peak performance.

Pirelli was already confident that its efforts to contain blistering that blighted several races this year would be successful, and has been buoyed by feedback of the new hypersoft tyre.

The softest compound in Pirelli's range suffered extreme graining this year, which made it difficult to use in the race.

Pirelli F1 boss Mario Isola said: "The first feedback is that the new hypersoft is a good tyre.

"In terms of performance it's very similar to the current hypersoft. It looks like the level of graining is reduced.

"That's exactly the target of this very soft compound." 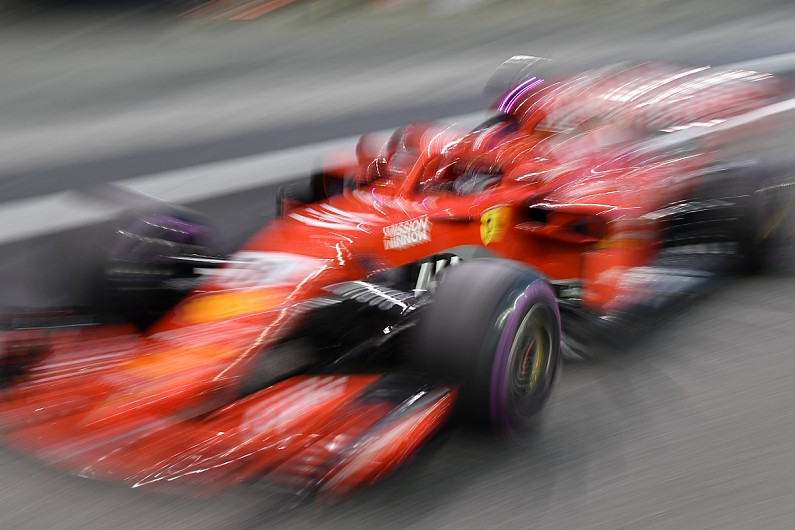 As previously reported by Autosport, thinner-tread tyres will be used at every race in 2019 to combat overheating and blistering issues.

That follows a successful, albeit controversial, use of thinner-tread rubber at three grands prix in 2018.

This week's running was not particularly useful to testing the targeted 2019 improvements because the Yas Marina circuit lacks the high-speed corners that put high lateral stress on the tyres, the primary cause of blistering this year.

However, Pirelli conducted tests at Barcelona, Silverstone and Suzuka while developing the '19 compounds, so is confident it has met this demand.

What Yas Marina is good for is assessing how the tyres cope with overheating because of its many traction zones.

Drivers complained that sliding around while following other cars caused the surface temperature of the tyres to rise uncontrollably.

The hope is that changes to the tyre, combined with F1's front wing adjustments to make it easier for drivers to follow, will help ease this problem.

"We tried to design new tyres with the target to help with this effect, to reduce the overheating," said Isola.

"We received some estimations from the team on the level of downforce expected [from their new wings] but not the influence of the turbulence from the car in front.

"This is information we don't have. But hopefully, with the new wings, it should be better." 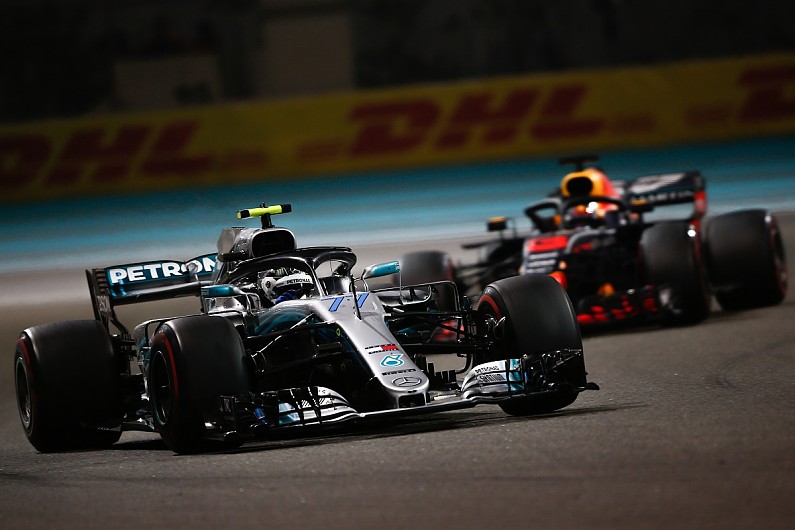 Pirelli has also almost finished balancing its range of tyres next season.

It had already confirmed it would stop using a seven-compound range (from softest to hardest) of the hypersoft, ultrasoft, supersoft, soft, medium, hard and superhard.

Next year it will nominate a 'hard', 'medium' and 'soft' tyre for each weekend - picked from a range of five compounds, depending on what is suitable for each track.

As well as a revised hypersoft to improve graining, Pirelli has altered all other compounds except the soft.

It needs to choose which ultrasoft compound to homologate by December 1.

Pirelli ran two versions this week, with the softer of the two possibly too close in performance to the hypersoft, as it works to make a decision.

The medium and hard tyre will be slightly softer for 2019. This is to increase more strategic variety by equalising the performance gap between the compounds.

What was previously known as the supersoft has been eliminated because Pirelli deemed it was too close in performance to the ultrasoft.

As well as deciding which ultrasoft to homologate by December 1, Pirelli is closing in on a December 6 deadline to select its compounds for the 2019 season opener in Australia.

The teams will need to make their selections for pre-season testing at Barcelona as well as Melbourne, plus a draft selection for the rest of the first five grands prix, by December 13.