Formula 1 has witnessed a "new" Lewis Hamilton after winning the final two races of the season following his title success, says his Mercedes boss Toto Wolff

Hamilton notably lost the 2016 title to team-mate and rival Nico Rosberg after a lukewarm end to the prior season in which he was outmatched by the German in the final three races of that year.

But Wolff reckons Hamilton's dominant showings in Brazil and Abu Dhabi this year has proven that he is a different driver.

"For a driver it is really strange, because they are calibrated on a drivers' title, but he said it felt incomplete and we needed to seal the team title.

"When you look at his face, there was almost more relief and happiness about sealing the constructors' title than the first one.

"And that is why he just didn't take the foot off the throttle until the very end. That is somehow a new Lewis." 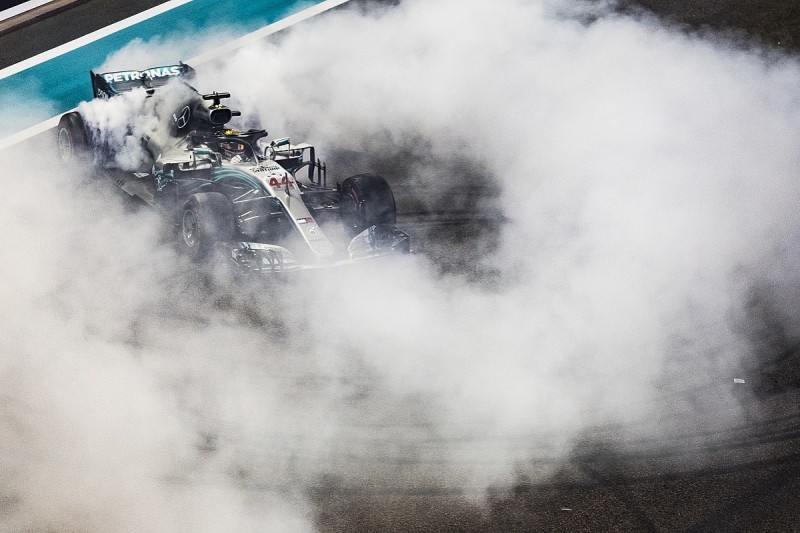 Hamilton believes experience is the factor that has made the difference to his end of season form.

"I think this year it was being in a different place in my life," he said.

"I do want to continue to push the limits, push the boundaries and I wanted to finish the season on a solid high if I can.

"So that I can really continue to keep that foundation as strong as it has been this year, so I can use that to start on next year.

"I think in the past it was still good. It was no biggie that I didn't win after I won the championship but I'm definitely happy with how it's going this year."