"I was pretty good at balancing when I was a kid," says Christian Horner. "I could sit on a chair and balance it on two legs. But this..."

The Red Bull team principal gestures nervously in the direction of 'this' - an Aston Martin Vantage he's about to try to drive on two wheels.

At last year's Autosport Awards Horner cheerfully volunteered for this, the inaugural Industry Leaders' Challenge for the Grand Prix Trust, a charity that offers support to anyone who has worked in Formula 1 and fallen upon hard times.

But now, beneath threatening skies at Bedford Autodrome, he's admitting to a few second thoughts.

"I don't think [Aston Martin CEO] Andy Palmer's going to be very happy if I put it on its roof," he says. "But I've brought a spare pair of underpants with me, so I'll be alright." 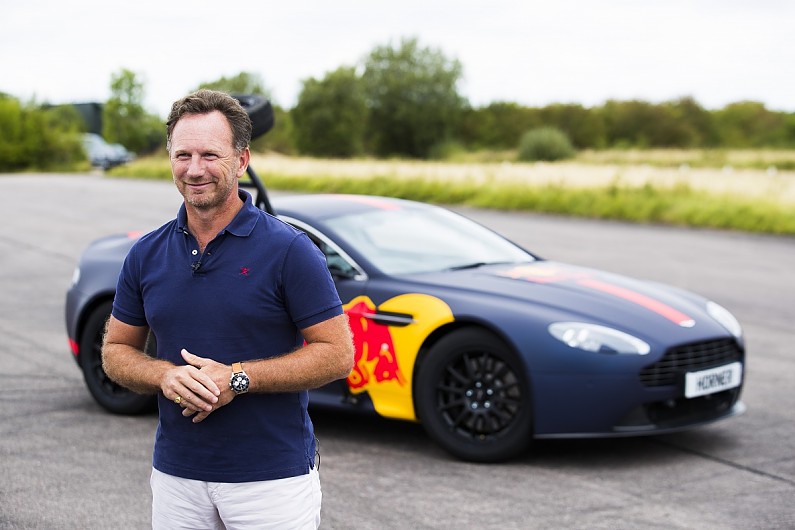 "There's no need to be nervous," says stunt veteran Terry Grant, Horner's tutor for the day. "You'll take a few little knocks but you won't get too badly beaten up."

Grant recently taught Sir Chris Hoy to drive on two wheels, but it took the Olympian-turned-racer 10 days, during which he tried "thousands of times over until he got it right". Horner has three hours before he's due back at Red Bull HQ.

It's difficult enough to get any car on two wheels and keep it balanced there, but Red Bull's ties to Aston Martin mean Horner can't just drive any old car. Grant has had to redesign his launching ramp to suit the low-slung 1600-kilo sportscar and its growling dry-sumped 4.7-litre V8. 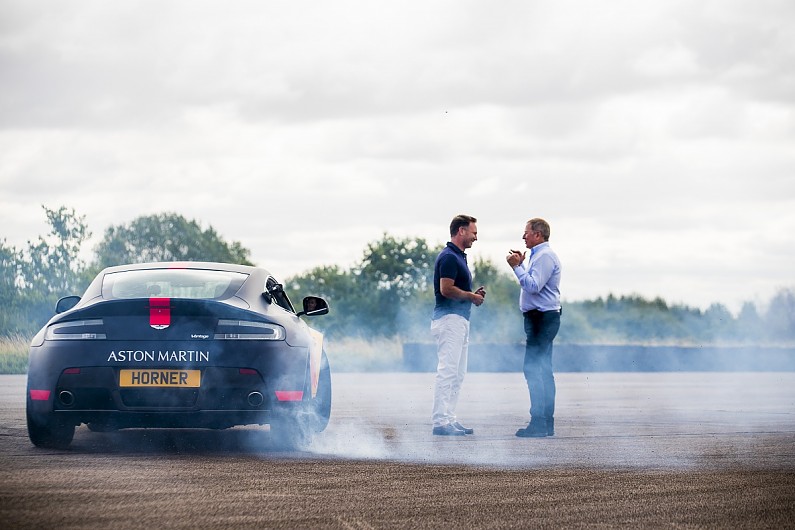 "I can sit here and tell him whatever," says Grant as they belt themselves into the Vantage for a sighting run. "But when you're actually doing it your body takes over.

"I've been doing this for 20 years and I still feel scared for the first three seconds after launch. It's such an alien feeling - your instincts take over because your body thinks you're having an accident."

Horner absorbs Grant's pep talk attentively. There's a trick to hitting the ramp square on, at the right speed; how you wedge yourself in and mentally process the asphalt whizzing by a few centimetres from your face is a matter of personal preference.

Gently, Horner purrs the Vantage around to a position facing the ramp, then he edges it forwards, front-left wheel rolling on to the lip of the metal and then up. The Aston angles up onto its side, halting half way along the ramp with its rear-left wheel cocked in the air like a dog attending a lamp post.

Confident of hitting his marks, Horner engages reverse and rolls backwards to the edge of the asphalt apron, slots it into a forward gear, then nudges the throttle.

With a rumbling surge of revs the Aston darts forwards, and... 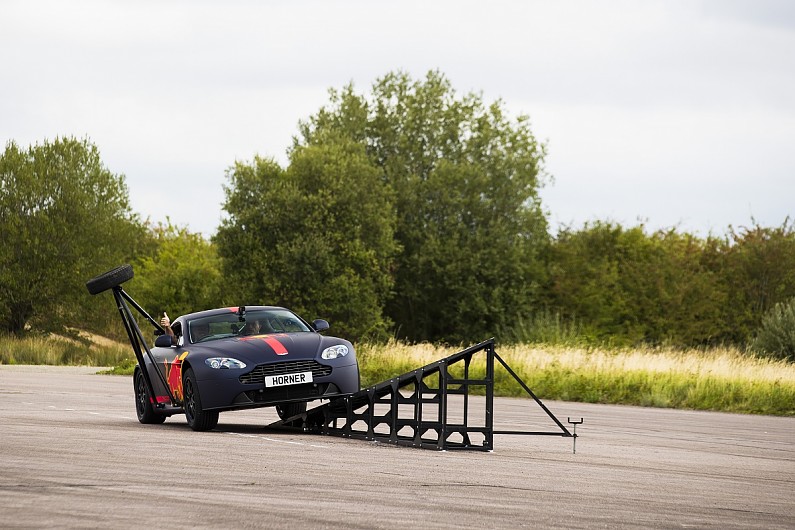 Find out on Sunday if Horner completed his attempt!