Formula 1 will face the "real problem" of only having a few manufacturers capable of winning races if it does not prevent the use of 'servant' teams, says Renault technical chief Nick Chester.

A potential budget cap in F1 from 2021 has led to concerns that the larger manufacturers could circumvent the rule by collaborating with smaller teams.

In theory, it would help the manufacturer continue to make developments, but with the spending done by its second team, meaning it could still meet the cap.

The FIA has promised to act on the matter, and Chester says the prospect must be taken seriously.

"I think it is a real problem if that model continues into budget cap," said Chester, when asked by Autosport for his views on team collaboration. "I cannot see how a team can fight at the front without having one or two satellite teams.

"I think it is something really important that the FIA and F1 need to look at. If that model cannot be effectively got rid of, it will be a big problem and you will end up where, if you want to win, you have to be a manufacturer with two satellite teams or you don't think about winning.

"I think it has a lot of implications going forward."

At the Italian Grand Prix, F1 race director Charlie Whiting said that the FIA had been alerted to 'servant teams' and would investigate.

"It's something that we should be concerned about, and it's something we will be discussing," said Whiting. "The [Haas/Ferrari] relationship started it. 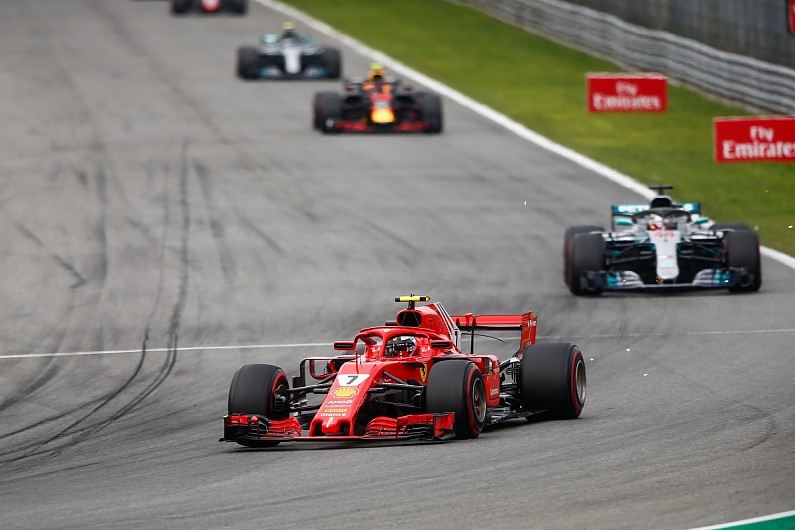 Chester believes that one way to act would be to increase the number of parts that teams have to produce themselves so that they cannot be shared.

He has also suggested component standardisation.

"We either need to reverse out of some of the non-listed parts, so there is less part sharing.

"If there is going to be part sharing then they need to be standardised," he said.

"Otherwise there are just too many benefits to the satellite team model, which just makes it unattractive for anyone not operating that model."

Asked about the consequences of no action being taken, Chester said: "I think it is bad news because ideally, you want a lot of teams that can win.

"You want the manufacturers, you want some very good independents, and if you have this model where teams can collaborate, there is no point in being an independent any more.

"It kills that chance of having a good independent team.

"None of the satellites will ever make it to the front either, so you will just end up with three teams at the top."