Force India's new ownership will allow it to press on with crucial upgrades that could be ready in time for the first race after Formula 1's summer break.

A consortium led by Lawrence Stroll, father of current Williams driver Lance, has agreed a deal with the team's administrators to bring it back into solvency and secure its future.

Force India chief operating officer Otmar Szafnauer told Autosport he was hopeful the team would have its upgrades by Spa, but admitted it may need to wait a little longer.

"I hope that's the case," he said. "If not, definitely by Monza.

"There are some components that have been put on hold and I don't know where the suppliers will get to because they don't work over the break.

"So, we're only going to have a couple of days before Spa. But if not before then, before Monza."

The team will receive some funding immediately with more to come in the next two to three weeks, once its emergence from administration is complete, which will also allow it to resume work on its 2019 challenger.

It still has an outside shot of fourth in this year's constructors' championship.

Force India has finished fourth the previous two seasons, and despite its financial difficulties holding back development - see below - it is sixth in this year's contest, just seven points behind Haas and 23 behind Renault.

"We have to start paying our suppliers and purchase some needed materials for both upgrades for this year and for next year's car.

"We're in the midst of building next year's car and without funding we wouldn't have been able to do that.

"It's much needed and couldn't have come at a better time." 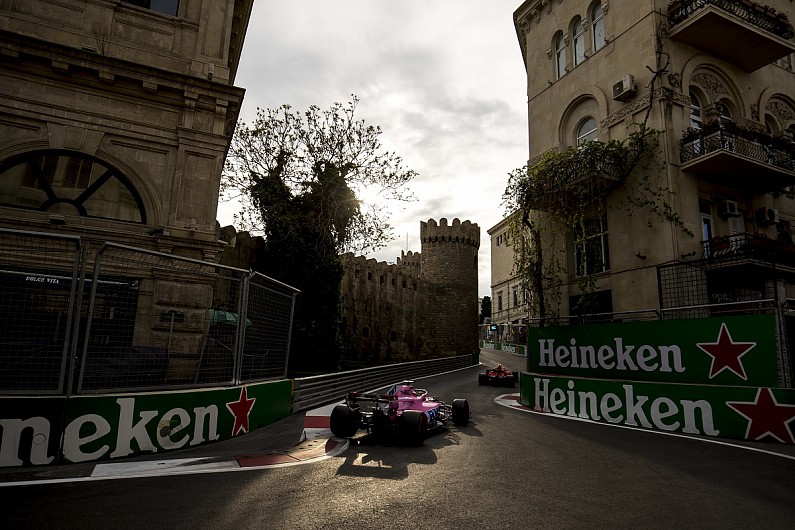 Force India spent the early races getting on top of a diffuser stall problem, among other aero weaknesses, caused by poor windtunnel/CFD-to-track correlation, but did eventually troubleshoot the VJM11 into a better-balanced car - albeit one still lacking in outright downforce.

The car has been at its strongest at Baku, Monaco and Montreal - all tracks where high-speed aero that is consistent in longer corners is not so important - while since a dismal showing in the season-opening Australian Grand Prix it has been at its weakest at heavily downforce-dependent Barcelona and Hungaroring.

Force India's operational strength has allowed it to claim 11 points finishes, with Sergio Perez taking its best result of the season with third in Azerbaijan, to put it sixth in the championship and only 23 points behind fourth-placed Renault.

With upgrades worth over half-a-second believed to have been designed but not yet manufactured, a cash injection could lead to the team making rapid progress and conceivably emerging as a consistent threat at the front of the congested midfield.