Mercedes plans to have its most powerful "party" mode qualifying setting yet in 2018, despite the need for Formula 1 engines to last longer.

F1 engine manufacturers have spent the winter focusing on improved reliability now that the number of power units each driver is allowed for the year has been reduced to three.

But Mercedes is adamant it wants to hit new power peaks rather than compromising performance for the new rules, with Lewis Hamilton suggesting he cannot wait to unleash Mercedes' qualifying maps - which he has nicknamed "party mode" - in Melbourne for the first time.

Speaking to Autosport during a promotional event with the team's fuel and lubricants partner Petronas, Mercedes' F1 engine chief Andy Cowell said changes for 2018 were designed to improve packaging and increase horsepower.

"It's more elegant, it fits better within the aerodynamic constraints of the car," he said.

"We'll know in Abu Dhabi if it lasts longer than the previous one, and there's been a continuous push to make sure our qualifying mode and our race modes are stronger than previous years."

Although Renault and Honda are likely to consider making tactical engine changes later in the year to ensure performance is not compromised by stretching component life, Cowell thinks that holding back on power is the wrong approach.

"The most positive way of looking at the championship is you're going to produce a power unit that's capable of doing seven races and making sure that as it crosses the line at the end of the seventh race you've got good confidence," he said. 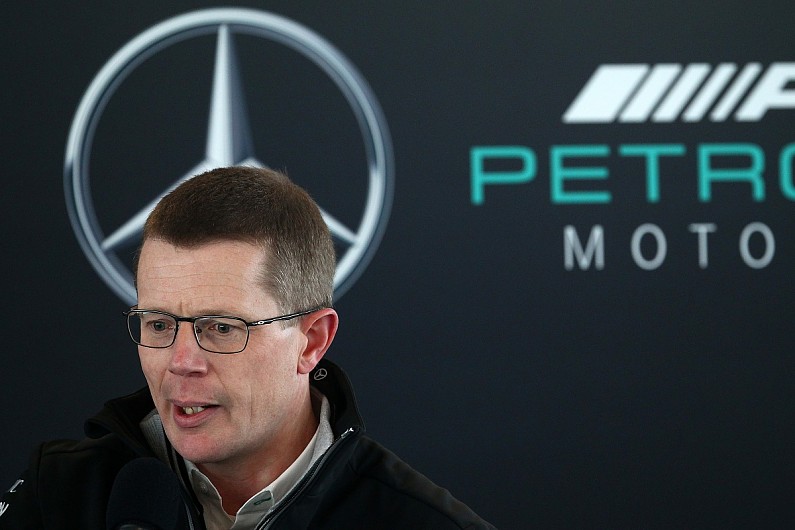 "We need the life to be strong enough that you can set the car up well on a Friday - you mustn't start cutting mileage.

"Our approach is to go in with that as our premise. If something happens, if a quality issue occurs, then we'll react and adapt."

Hamilton suggested that Mercedes' pace in Barcelona testing had not been boosted by using the qualifying modes, saying he was looking forward to trying the 2018 versions in Melbourne.

"Our quali mode is the most fun mode - it should be the 'party' mode," said the world champion.

"It is the most power and has the most juice, and it's when we hit the highest speeds.

"I think Andy and the team have definitely tested it already on the dyno and I look forward to using it on the few occasions we do in the season."