The organiser of the Formula 4 South East Asia Championship has apologised "unreservedly" for the error that led to every driver retiring from a Malaysian Grand Prix support race.

All nine drivers failed to finish the race at Sepang on Saturday after a miscalculation on how much fuel was needed to complete two races, which were being run back-to-back due to a timetable reshuffle.

Towards the end of the second race the first of the nine cars began running out of fuel, with seven drivers retiring over the next couple of laps.

Kane Shepherd started the final lap behind the safety car, which had been called due to his rivals being stranded around the circuit, but he also ran out of fuel exiting Turn 2.

Peter Thompson, the chairman of series organiser Asian Autosport Action, said: "I apologise unreservedly for the results of race three.

"With races two and three back-to-back and without the possibility to top up, we filled the cars for both races before the start of race two.

"However we miscalculated the requirements.

"As we are a one-team championship all the drivers were unfortunately affected."

Shepherd was provisionally declared the winner, but Danial Frost has been officially awarded the victory.

"It was a very interesting day, to say the least," said Frost.

"I managed a great start and was able to pull away from everyone.

"After the halfway point though, I did see the driver behind me slow down and then not long after, I did as well.

"It is a disappointing way to end the race but on the positive I am happy with the result that was declared."

Each round of the 2017/18 F4 SEA series has an 'event champion' and Frost takes a commanding lead into Sunday's final two Sepang races, which are scheduled to take place before the grand prix. 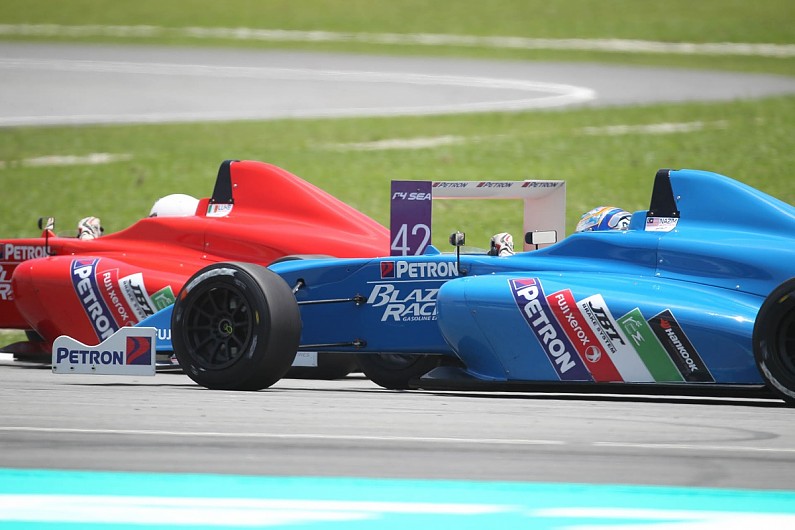