The FIA's decision to insist Formula 1 adopts the halo as cockpit protection for 2018, despite team opposition, prompted a widespread backlash among fans and even drivers.

During the Hungarian Grand Prix weekend, FIA safety director Laurent Mekies - whose research team put years of work into the halo - addressed some of the key questions raised by the device's opponents.

1. It's not enough to make a difference with safety

Accidents involving flying wheels were the main impetus for work on cockpit protection and the key focus when testing both the halo and alternatives such as the shield.

Mekies explained that a wheel assembly hitting the cockpit at 225km/h (140mph) - "a speed we felt was a larger possibility" - was the key test that had to be passed.

But the FIA analysed three different crash scenarios: car to car collisions, car to environment contact, and external factors, such as wheels and debris.

It looked at past accidents, mainly from F1 but also other categories, to see what difference the halo would have made.

Romain Grosjean's Lotus landing on Fernando Alonso's Ferrari in the 2012 Belgian GP startline crash was among the car-to-car incidents examined.

It also considered shunts where cars went under tyre barriers - such as Luciano Burti's 2001 Belgian GP crash and Heikki Kovalainen's '08 Spanish GP accident - or rolled along barriers, as EJ Viso did in GP2 at Magny-Cours in '07.

The study even included Pascal Wehrlein's Monaco GP incident this year as new pictures from the FIA's cockpit camera revealed how close his helmet was to the barrier was his Sauber was upturned.

"We played the 'what if?' scenario," says Mekies. 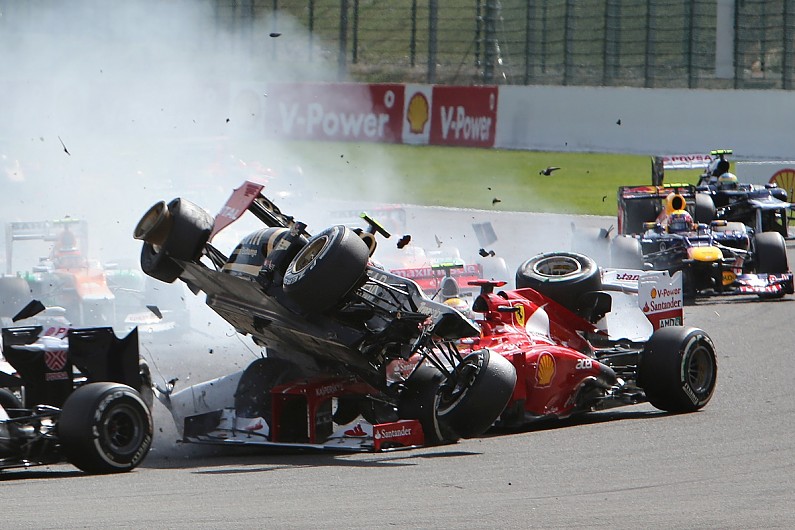 "We fitted the halo onto the car, and we simulated these accidents, and tried not only to simulate that very single accident scenario, but also around that scenario.

"At the end of that for each of these cases we then looked at if it was very positive, neutral, or negative.

All the cases detailed in the FIA presentation to the drivers and media were either positive, positive on balance, or neutral - with Jules Bianchi's Suzuka 2014 crash among the few categorised as neutral. None came out as negative, although Mekies acknowledges that the FIA can never rule out such an outcome. 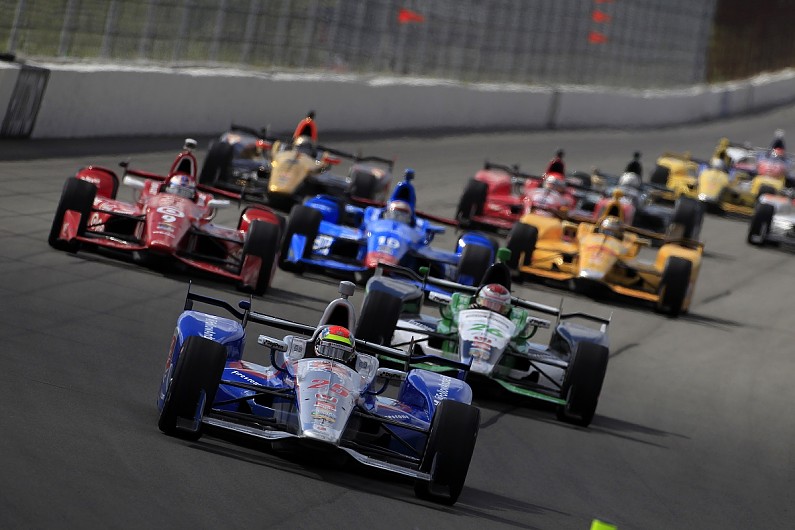 It also determined that the halo would have had a positive outcome in the cases of Henry Surtees and Justin Wilson's fatal incidents.

The FIA also acknowledges that it can't provide complete protection against smaller items of debris, such as the suspension spring that struck Felipe Massa in Hungarian GP qualifying in 2009.

But tests have shown that its presence significantly improves a driver's chances even in these situations.

"We looked at mathematical studies whereby we played the game of throwing millions of small objects to the halo from all different angles, and all different positions," Mekies explains.

"Statistically when you put the structure in front of the driver you are going to increase his protection against small debris coming to hit him, compared to not having the halo."

2. Visibility will be worse because it's an obstruction 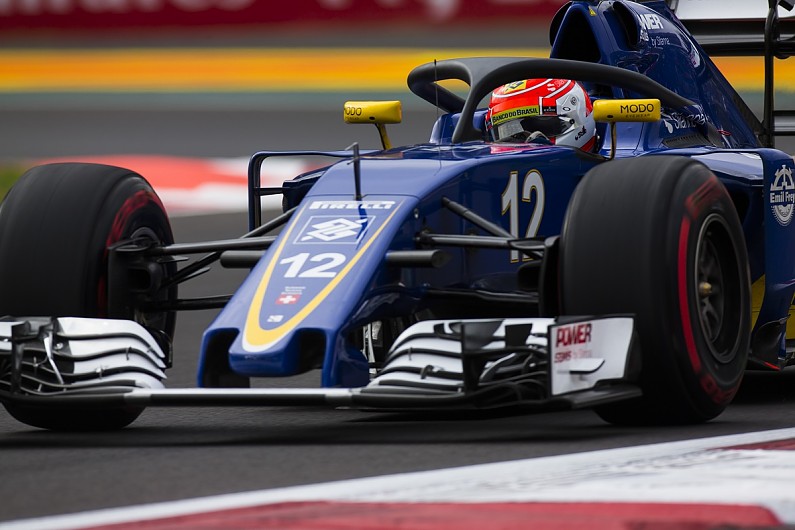 Though some drivers expressed concerns about visibility after the brief halo tests last year, the FIA is confident the view ahead is sufficient.

It has compared an F1 car equipped with a halo with an LMP1 windscreen, which is considered very restricted - even though the governing body has mandated a minimum field of vision.

"A very large majority of drivers were satisfied with visibility," says Mekies of the 2016 halo running.

"We did have an issue with feedback from one or two drivers that had a bit of a claustrophobic feeling the first time they ran, with that shape ahead of them.

"But we were comfortable that we can deal with all that. 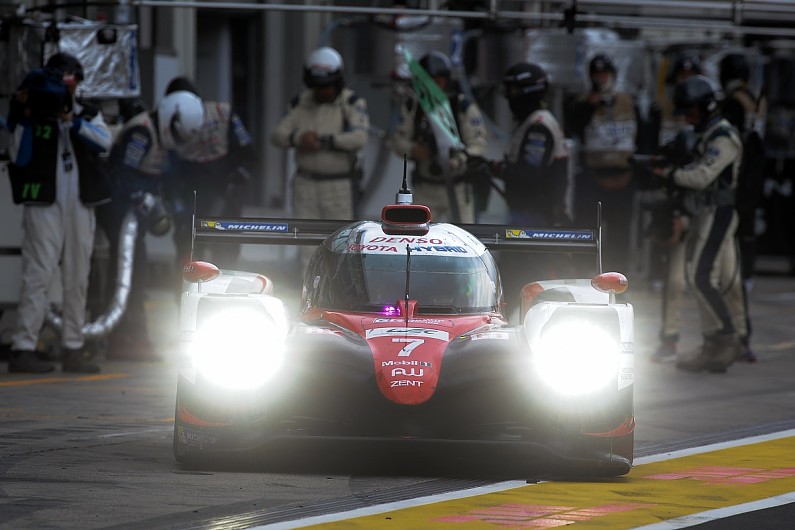 "With an LMP1 we had the opposite problem. The FIA imposed a minimum field of vision to the manufacturers, otherwise they would design cars that basically would barely allow the drivers to see through.

"We are very comfortable with the fact that we are offering much better visibility than in other categories."

The FIA is also working to shrink the width of the halo's central pillar for 2018, going from the current 20mm "as low as 16mm, and see how much we can push it" in tests.

3. It will be harder for drivers to get out of the car 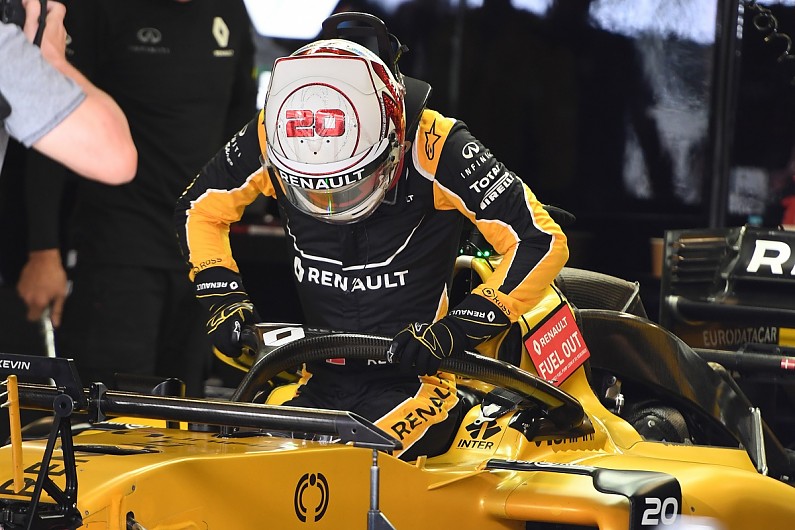 Some drivers found getting out of the cockpit wasn't easy with the halo last year, but mainly because they couldn't use it to push themselves out as the dummy halos employed at the time were not intended to deal with their bodyweight.

The real halo can be used for that purpose. As Mercedes junior George Russell explained after trialling the device in Hungary this week: "It just takes a bit of experience, finding the right techniques, where to put your arms and stuff.

"The only thing is getting your leg into the car, it's quite high. But I think most people would just have a step to stand on to get in and out of the car."

Tests have shown that a standard extraction by marshals, with the driver lifted out still attached to their seat, is actually straightforward as the halo opening mirrors the opening of the cockpit template beneath it.

4. Drivers could get trapped if the car overturns 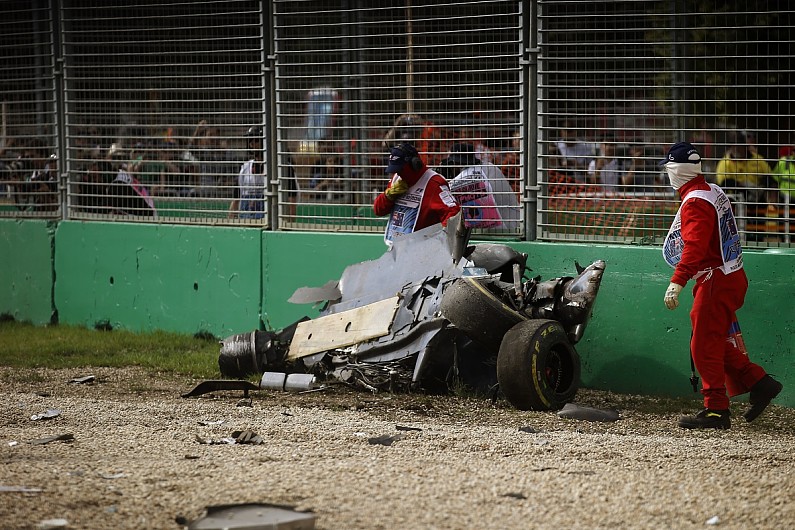 Alonso's accident in the 2016 Australian GP is cited as one where a driver could have been trapped by the halo.

Mekies points out that marshals are trained to right any upside down car but says the FIA still tested the halo in upside-down scenarios.

It conducted a simple test with a dummy chassis, with its own safety expert Andy Mellor strapped in.

When the chassis was tipped upside down, the halo kept the front of the chassis higher off the ground than it would normally be and Mellor had no trouble getting himself out. Drivers have been shown a video of that test.

"It is actually preserving a better space for drivers," says Mekies, "because the car is resting on the front part of the halo, offering more space than they currently have compared to the ground.

"It's basically raising up the car compared to where it would be without it."

5. It's problematic if it deforms upon impact 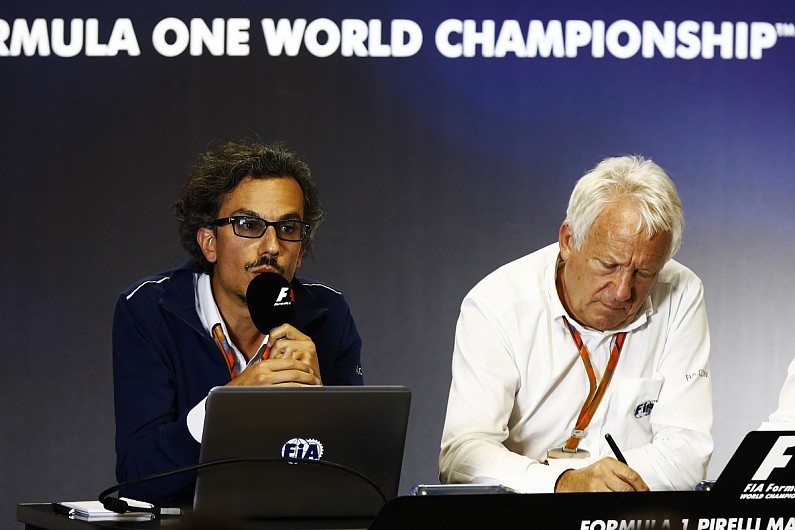 In its tests the FIA determined that there was no scenario where it felt that the halo might have to be removed after an accident, though it has allowed for that possibility.

"Are we sure that there is not one scenario where the halo is going to be completely deformed over the driver's head, and we would want to remove it?" says Mekies.

"At first, if this is happening, we would probably all be happy that the halo was fitted to the car in the first place, because if something deforms that device, you can only imagine what would have been without it.

"We investigated a lot of tools and equipment in order to cut the halo, and we sourced something that is small enough to fit in our medical car, and would cut the halo in no time.

"So even in a very extreme scenario that we couldn't exactly picture we feel that we can cut the halo in basically no time."

Tests show it would take two seconds to cut the front pillar, and five seconds apiece to cut the two rear supports.

6. The ugly design will not change 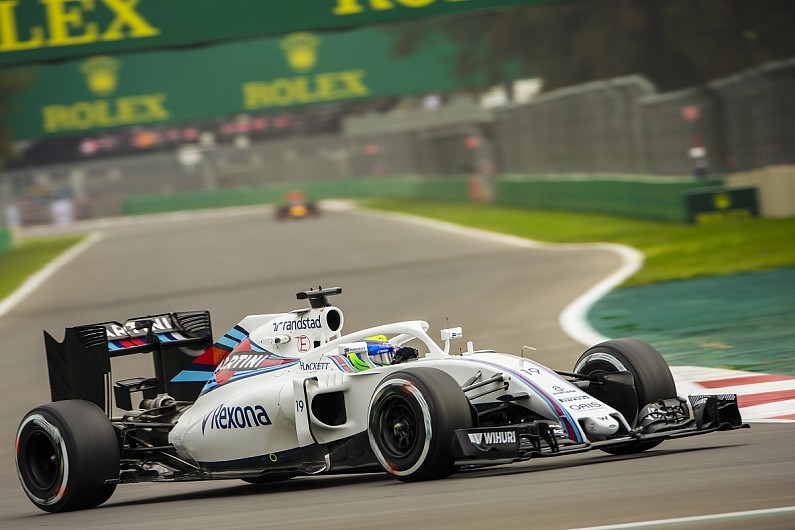 FIA race director Charlie Whiting is adamant the final halos used in 2018 will look much better than the prototypes trialled last season.

The regulations allow teams to add their own fairings to combat about aerodynamic problems the halo creates.

"Teams haven't explored the full range of possibility to make them look a little more pleasing to the eye," Whiting explains.

"At the moment we've only seen bare designs.

"Even when Williams ran with a white one, the same colour as the car, it looked a lot better, I think you'll agree. 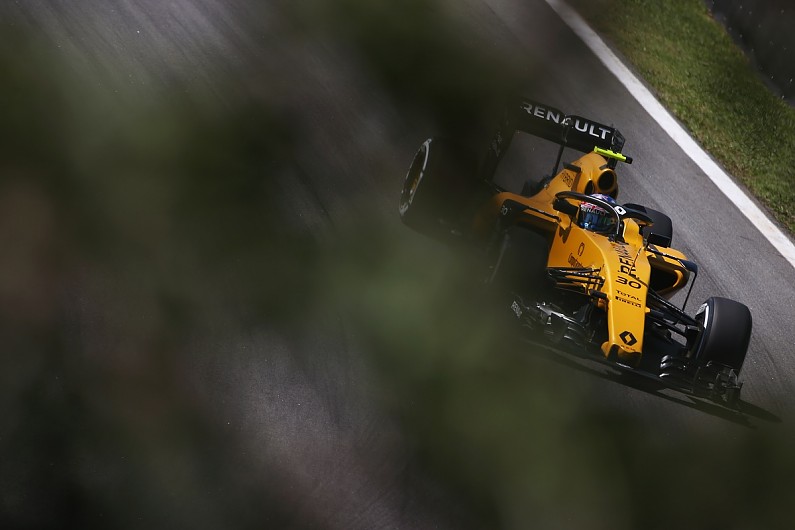