Bernie Ecclestone has been accused by his successor Chase Carey of holding Formula 1 back when it was under his control.

Ecclestone was shuffled into a chairman emeritus role after a boardroom coup from F1's new owner Liberty Media in January, with Carey being appointed as his replacement.

In an interview with the Press Association, Carey said that one thing he had come to understand during his time at the helm was how much Ecclestone's attitude had stunted the potential of F1 to get bigger and more popular.

"I want to be saying 'yes' to a whole lot more," explained Carey. "What is the value of having an idea if the answer to everything you want to do is 'no'? All it does is create frustration.

"There are an array of things that weren't done that needed to be done. We felt it was a sport that for the last five or six years had really not been managed to its full potential or taken advantage of what was here.

"All of us make mistakes and nobody is perfect.

"Bernie took a business from decades ago and sold it for eight billion dollars. He deserves all the credit in the world for what he has done.

"But in today's world you need to market a sport. We were not marketing the sport." 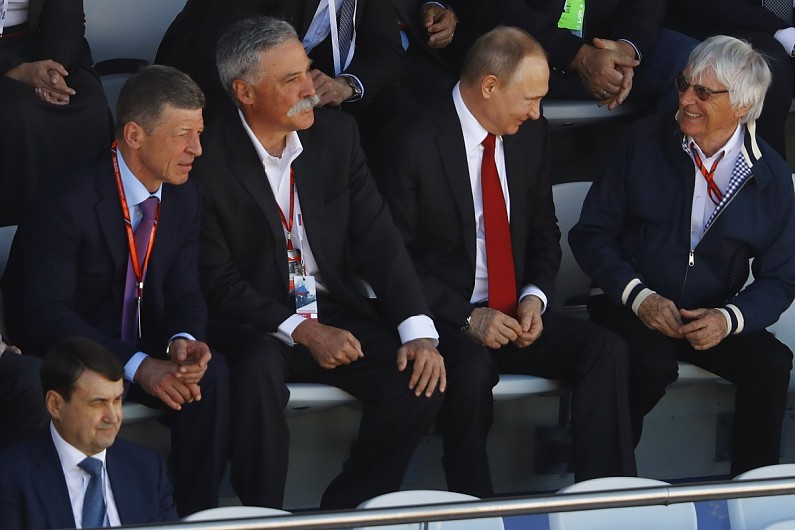 Carey suggested that one of the issues that hurt F1 was that Ecclestone was only interested in short-term solutions, rather than trying to implement a long-term strategy.

One of the reasons Liberty has brought in Sean Bratches to look after commercial operations, and Ross Brawn to help on the sporting side, is to help put together a vision for where F1 should be in five years' time.

"It has been three months and we have been very clear that one of the things the sport has not been served well by is a continued short-term focus, and what we are going to do next week," added Carey.

"We care more about where the sport is going to be three years from now than three months from now. Bernie was always very focused on the short term, and our focus is on building long-term value.

"Some of the decisions that were made needed to have a better process to think through. "The current engine, for example, ended up being too complicated, too expensive, and lost some of the sound that added to the mystique of the sport.

"We will do things and some things take time - you are not going to have a new engine in two months because if you tried to do that you are going to do more harm than good.

"We want to make sure we have the tools to manage the business as opposed to throwing things out there so somebody has a media story."