Romain Grosjean says the Haas Formula 1 team is "putting a lot of hope" in winter staff signings to avoid a repeat of last year's peaks and troughs.

The American team made a strong start to its debut season in F1 last year as Grosjean scored points in three of the first four grands prix, including a fifth-place finish in Bahrain.

Over the rest of the season Grosjean finished in the top 10 on only two more occasions, as one of Haas's weaknesses as a start-up team proved to be data analysis and fixing set-up problems during a race weekend.

Asked by Autosport if changes had been made within the team to address this, Grosjean replied: "That's what we're looking for, hopefully we're going to get all of that.

"Hopefully whenever it goes well it's easy to set up the car, but when it doesn't we've got more resource to work hard.

"[There are] some really clever people who have joined the team over the winter and we're really putting a lot of hopes in that."

Haas switched its focus to the 2017 car early last season, which contributed to its fall down the pecking order.

Grosjean said he knew others would expect the team to suffer from 'second season syndrome' but insisted he always believed it would get better, not worse.

"That is why we have got Gene [Haas, team owner] because he understands racing, he loves it and he knows the first year is great but the second year is a challenge," said Grosjean.

"It will take time to win so you always need to look one step ahead and with [team principal] Gunther Steiner we have a really good understanding of that.

"Whenever the car was in the windtunnel and [with] the people we were starting to employ, I knew year two looked better than year one.

"The whole process was actually done in a very clever way, so year one wouldn't be awesome and year two just a drop." 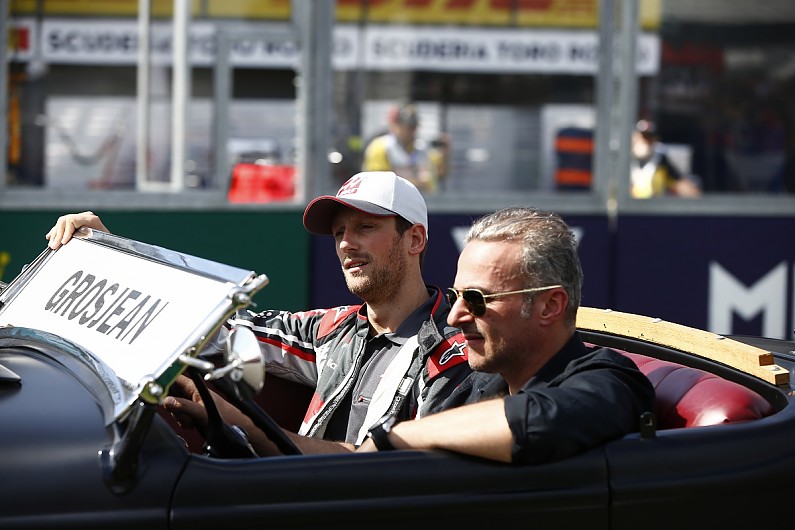 Grosjean qualified sixth for the 2017 season-opening Australian GP, Haas's best Saturday result in F1 so far, but failed to finish the race after suffering a water leak.

He acknowledged regular strong results would make him more attractive in the 2018 driver market, but believes he can make things happen for himself as well.

Asked if greater consistency would help his standing this season, Grosjean said: "Yeah it does, but there's a lot of things that do that: the way you lead the team, the way you race, when your car is not the best but you manage to get some outstanding performance, the way you behave.

"I'm going to try to do my best as always for the team and myself because I think we've got some good stuff coming."