Lewis Hamilton says he hasn't yet found the sweet spot with his new Mercedes Formula 1 car, but feels he at least has a platform to fight Ferrari and Red Bull.

Ferrari's Kimi Raikkonen further sealed his team's position as early-season favourite with the fastest time of the winter in F1 pre-season testing at Barcelona on Friday.

And while Hamilton says there are no alarm bells ringing about Mercedes' progress during a mixed final week of testing, he suggested he had not yet got the best out of the car.

"I haven't got it into a good window yet," he said, when asked by Autosport about whether or not he felt the Mercedes was as fast as his main opposition.

"We will find out. We hope we can. They have done a fantastic job."

Hamilton's new team-mate Valtteri Bottas suggested during the final test that Mercedes still has "hard work" to do to unlock the potential of its 2017 W08.

"Do we have more potential? Time will tell," Hamilton added.

"Again, we have just been focusing on trying to understand this car and get the most of out of it.

"We've had up and down days and there has generally never been a perfect day but there is a lot of potential in the car to continue to grow but I will say the others look very, very fast." 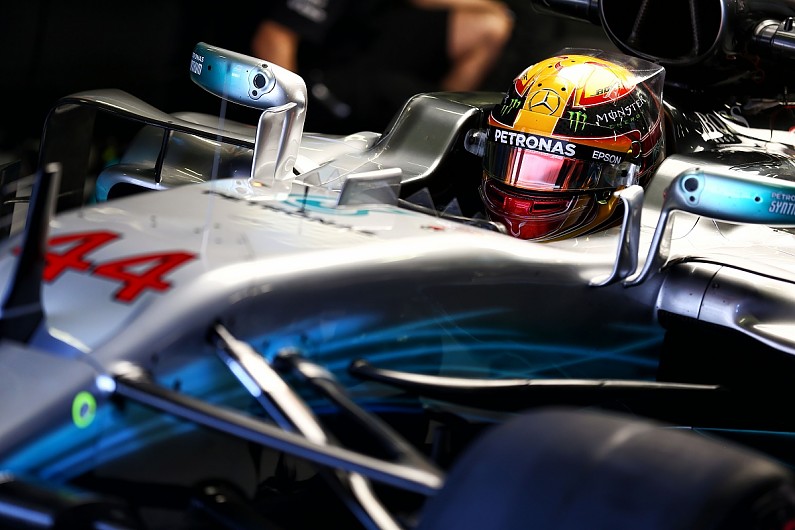 While Mercedes still has two weeks to determine its final package for the Australian Grand Prix, Hamilton suggests things are close at the front, looking like a proper three-way fight for victory with Ferrari and Red Bull.

Raikkonen's best lap of 1m18.634s set on Friday was seven tenths of a second faster than Hamilton's best time of the winter, 1m19.352s.

He also distanced himself from comments that Ferrari had been "bluffing" by not showing its full potential.

"I don't know where the bluffing came from? Did I say that? Maybe I did... I didn't realise I was saying it," he said.

"I think they have been doing a fantastic job and there is more to come from them. I think their pace here this week has really been spectacular and still Red Bull are there.

"I don't know if they've brought their upgrade package here this week, but usually they bring it to the first race so I expect us to have a serious battle with both these teams."