Ron Dennis insists replacing Jenson Button with Stoffel Vandoorne for 2017, but retaining an option on Button's services, is not insurance against Fernando Alonso potentially leaving McLaren-Honda in 2018.

The three-year deal Alonso signed when he left Ferrari at the end of 2014 expires after next season, and the Spaniard has previously said he could quit F1 if next year's new regulations do not succeed in making the championship more challenging for drivers.

Vandoorne has repeatedly said he had other options to race on the grid next season.

McLaren's decision to promote him while offering Button fresh terms prevents McLaren potentially losing Vandoorne to a rival for next season while retaining the services of an experienced past champion should Alonso decide to leave when his current contract expires.

But Dennis denied creating an insurance policy for his team was the purpose of this arrangement.

"It's not designed to be an insurance policy on anything," Dennis said.

"It's designed to be an innovative strategy for our driver line-up for next year and beyond, and that's exactly what it is."

Vandoorne has been a hot property in F1 circles after dominating the GP2 championship in 2015 and scoring a point on his grand prix debut while subbing for an injured Alonso in Bahrain earlier this year, so would have been a target for other teams for 2017 should McLaren have chosen not to promote him. 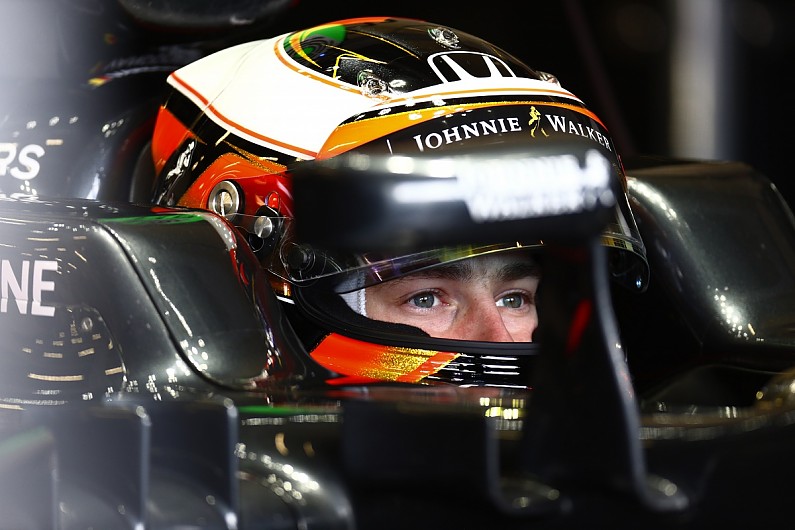 McLaren has supported Vandoorne's career since he won the Formula Renault Eurocup title in 2012, and Dennis said he now expected Vandoorne to be a McLaren F1 driver for the long-term.

"There's nothing new in his contract," added Dennis. "We get very committed to drivers, and if a driver performs he stays with us a long time.

"Of course it's a contract that you would expect provides us with an opportunity for a long and successful relationship, but really his destiny is in his hands, and I'm pretty sure you'll see Stoffel in the car for some time."

BUTTON WANTED A BREAK FROM F1

Button will take a sabbatical from Formula 1 racing in 2017 as a result of this arrangement, having raced consecutively in every F1 season since 2000.

He held talks with Dennis at last weekend's Belgian GP at Spa, after deciding he would like to take a break from the rigours of fulltime F1 participation.

"Formula 1 is an addictive sport and stopping any form of addiction is challenging," said Dennis.

"This offer reflects the esteem in which the whole team holds Jenson - he's a really fantastic guy and there's no reason why he shouldn't come back and race in 2018.

"The only thing that he was hesitant about was hankering for a break.

"[But] it didn't have to be a complete break - this was an innovative way to provide the team with all the advantages of having Jenson in the team, complete with his abilities to drive if necessary, and give him what he wanted, which was a bit of relaxation time to enjoy some of the things that he hasn't been able to enjoy to date."