A second bid for Silverstone will be laid out alongside a proposed purchase by Jaguar Land Rover to members of the circuit-owning British Racing Drivers' Club this week.

Ginetta Cars boss Lawrence Tomlinson, a former club director and owner of the LNT Group, has made an offer after he and a group of fellow members wrote a letter to the club last week arguing that the JLR deal would leave it "having to protect rather than promote British motor racing".

The letter sent to the full 820-plus membership urged a 'no' vote at an extraordinary general meeting scheduled for this Thursday, which the BRDC board has called to seek a mandate to proceed with negotiations with Indian-owned JLR.

There will still be a yes/no vote on whether to continue pursuing the JLR deal, but Tomlinson's bid will also be discussed.

BRDC chairman John Grant told Autosport in a prepared statement: "I can confirm that the members of the BRDC have received an offer from Lawrence Tomlinson that he wishes to put forward as an alternative to the JLR deal, which will be the subject of discussion at the forthcoming EGM on Thursday.

"The BRDC board have agreed to facilitate this because it is important for members to have all relevant information to inform their decision."

Grant stressed that no "detailed discussion or negotiation" had taken place with Tomlinson because it was bound by a period of exclusivity agreed with JLR and parent company Tata Motors.

Should the membership vote yes on Thursday, no further mandate would be required for the sale to go ahead. 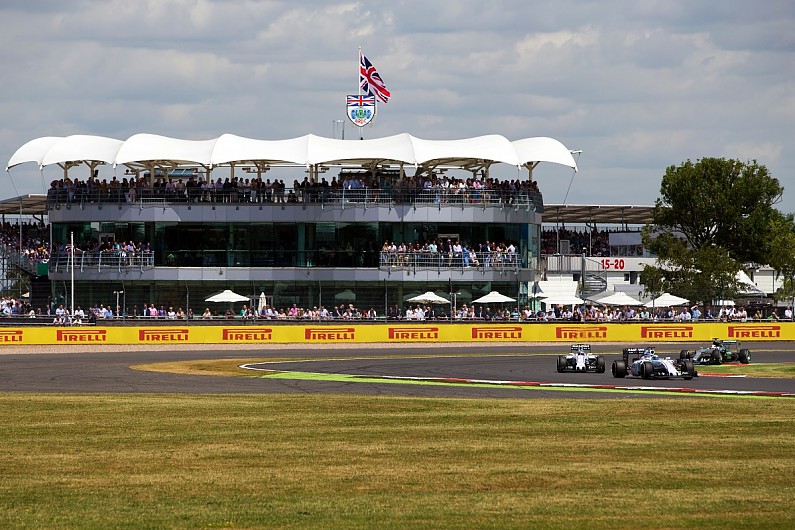 HOW THE TWO OFFERS DIFFER

The JLR deal would involve the BRDC leasing the circuit to JLR for a 249-year period, with the club retaining the Silverstone Circuits Limited operating company.

Grant believes that the majority of members "want to retain an involvement in motor racing at Silverstone".

It argues that the JLR deal would put its finances on a sound footing with a cash injection, a sum of £33million in staged payments, at the same time as allowing it to continue to operate the circuit.

Tomlinson wants to take over the entire Silverstone business.

He would match JLR's initial payment, believed to be approaching £5million, and take on the BRDC's liabilities, which with the British Grand Prix contract are calculated to amount to £15-20million.

He would then pay £1million annually to lease the circuit and the SCL business.

Tomlinson and his group argued in their letter that the lease to JLR would leave the BRDC financially vulnerable because the club would still retain the burden of the on-going contract with Formula 1 Management (FOM) to host the grand prix.

The letter also claimed that JLR's expansion plans would put the infrastructure of the circuit at risk and that, should the grand prix be lost, SCL would be unable to diversify its business because it would only have control of the land within the national circuit.

Grant countered these and other arguments in a response to the membership.

"The board has tried to retain the SCL business while reducing the associated risks," he wrote.

"The JLR deal would enable us to do this... it is more than enough to settle our debts and commitments."

He claimed that Tomlinson's point on JLR's expansion was incorrect.

"Silverstone will only be used for customer-facing and heritage-type activities," he explained.

He stressed that there would be "legally binding agreements that they will do nothing that would cause destruction of major events".

The negotiations with JLR and the Tomlinson bid follow the breakdown of a potential sale of Silverstone to an undisclosed buyer in 2014.