Honda says it will not hire outside help to improve its Formula 1 fortunes, as McLaren has admitted it is feeling financial pain from its current barren run of results.

McLaren and Honda have scored just three points in nine races since reviving the partnership that won multiple F1 world championships in the late-1980s and early '90s.

When asked whether Honda would look to hire experience from Mercedes or Ferrari, Arai replied: "I don't think so. We have enough resources already."

Arai also re-affirmed his commitment to helping turn the project's fortunes around, saying he believes he is the right man to lead Honda's F1 team, despite its poor start.

"I want to lead my programme by myself," he said.

"We must make the step we are able to take each year.

"I promise it's a long-term project for Honda."

McLaren had not won a race since the final grand prix of the 2012 season, and hasn't had a title sponsor since the expiry of its deal with Vodafone at the end of 2013.

"The damage is obviously easy to understand," he said.

"You establish a brand by your success and repeated success. I think McLaren, by the number of wins and championships, has clearly established a brand of excellence. 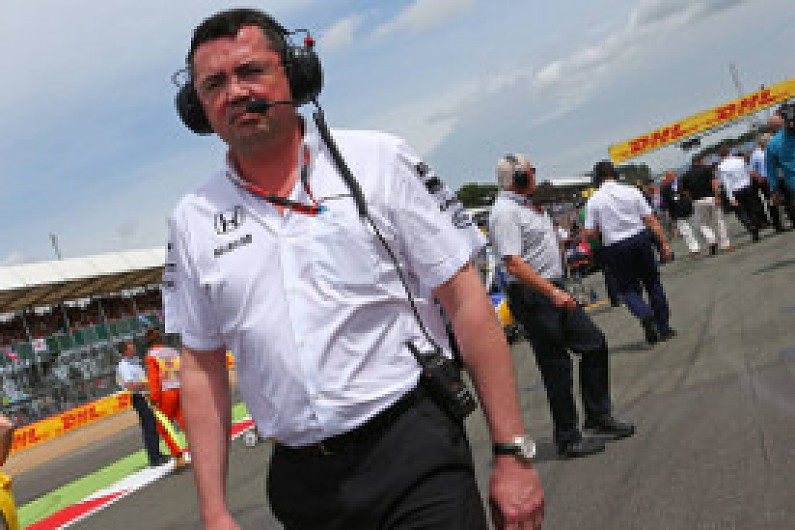 "Commercially it has hurt, because a lot of people - a lot of companies - are interested in joining us, but some people in their organisations may question the lack of results."

Boullier said McLaren would have to find a way to cover the shortfall in commercial rights income that comes from several seasons of consecutive underachievement, but insisted the team would be back to winning ways before it would have to consider downsizing.

When asked how long the team could sustain a multi-million pound shortfall in commercial revenue, Boullier replied: "So far we have a good forecast for the next year, but it [the lack of success] is going to hurt us in terms of revenue and we must find a way to cover this."

HONDA MUST DO MORE

"It's true there is a timing issue, because Honda is in Formula 1 but its main business is selling cars; we are in Formula 1 to win races, so we have to make sure the timing of both projects is aligned," Boullier added.

"This has been discussed many times already.

"We put pressure on Honda, because we need more performance from the package - car and engine - and today much more than 50 per cent will come from the power unit.

"Everybody knows this. We know this; they know this. I keep telling Arai-san, every day, we need to be successful as soon as possible."