Ferrari boss Maurizio Arrivabene says his team was trying to provoke its rivals into action when it released its concept design for a future Formula 1 car.

The team unveiled the striking illustration of a restyled F1 car - based fundamentally on the current regulations but with an aesthetic reimagination - earlier this month.

McLaren and Red Bull are known to have created comparable concepts of their own as part of F1's push to revitalise its public appeal in its next generation of rules - a project that has already spawned a bid for 1000bhp engines and wider cars and tyres.

"That car was a provocation, but not so far from the reality that we could achieve in the future," Arrivabene said.

"Other teams proposed their own view because we are not talking about 'my car is better than your car, we were doing this design before you' - this is stupid, this is crazy.

"I want to ask to every team to try to propose a concept car. In this way we are going to move something. That was a provocation.

"Our message was mainly 'try to liberate the creativity and create a beautiful car'. We will not say we were first or second, or ours is better. We are happy to try to move the status quo." 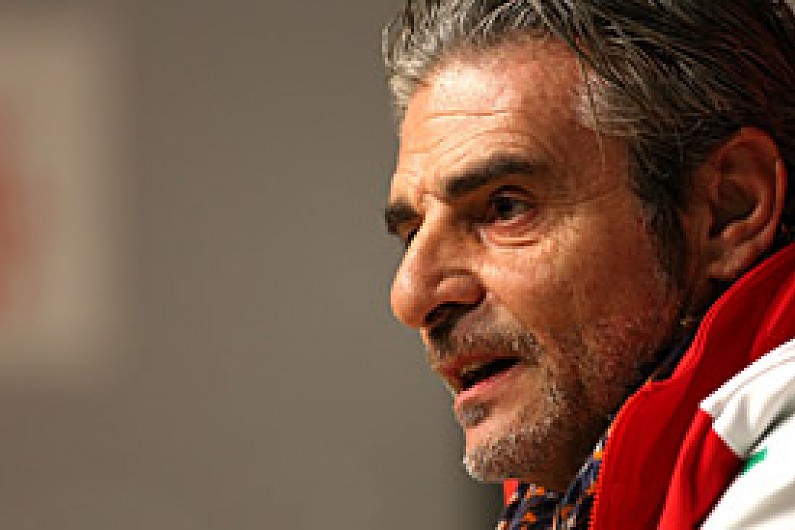 Arrivabene praised the look of Ferrari's 2015 F1 design when it was unveiled, but he admitted that for a younger generation of fans it was important that grand prix cars rivalled the aesthetics of video game racers.

"Of course, I said at the end of January '[the SF15-T] looks sexy' and it was easy for me to say it is cool, that sentence came from my mouth and my heart," he said.

"If talking about the future, our competitors are the cars on the video games.

"If you look at cars on video games, they look fantastic, well designed and cool.

"If you are asking guys who are 18 years old, most probably he prefers to play on a video game for one hour than to watch the GP.

"This is one of our competitors. The look of the car is very, very important."