McLaren racing director Eric Boullier says Jenson Button's points and qualifying tally against Kevin Magnussen is still not enough to guarantee him a place alongside Fernando Alonso in 2015.

Button's form against Magnussen this year is more impressive than what he managed last season against Sergio Perez, who was dropped as a result.

This year, Magnussen ended up being outqualified 10-9 by Button - and scored just 43 per cent of the Briton's points tally.

Such statistics should point towards Button being favourite to secure a fresh contract, but McLaren chiefs still cannot decide on who they want to partner Alonso.

The team issued a statement last week stating that a final call would not be made until December 1 at the earliest.

Boullier acknowledges that Button's form, allied to his experience, makes him the obvious choice - but he says that other factors are just as important too.

"If it was all about statistics, it would be really easy," explained Boullier.

"I could take my calculator and make this decision, but it is not like this.

"I will not comment any more, and we have already commentated enough.

"There was a statement from McLaren saying there would be a decision taken, and that will be done before the 1st of December. So please be patient."

AUTOSPORT understands that McLaren Group CEO Ron Dennis would prefer Magnussen to remain because he feels he is better for the long-term future.

However, other senior staff think Button is the best bet - and it is believed that Alonso has also expressed his desire for the Briton to be kept.

VANDOORNE NOT A CONTENDER 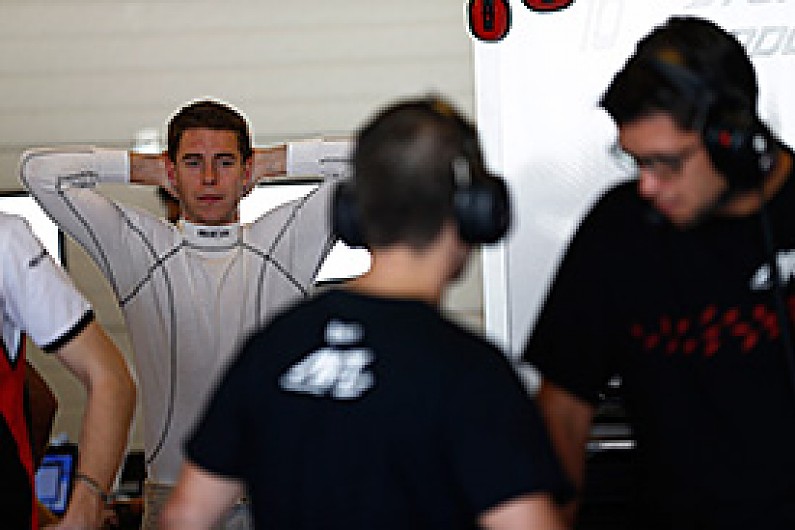 The delay by McLaren in making a decision has prompted speculation that its young driver Stoffel Vandoorne could be an outside contender for the seat too.

However, Boullier has played down this prospect and says he expected Vandoorne to remain in GP2 for an assault on the championship next year.

"I think Stoffel has had a very interesting year," he said.

"Obviously four poles in a row, he has developed massively this year.

"He is still unfortunately only vice-champion and I think to have the right slot at the right time in Formula 1 is difficult.

"I don't think it is going to happen next year. So it is very likely he is going to have to challenge to stay in GP2 and to win the championship."