Formula 1's big teams have made it clear that they are not willing to accept sacrificing their own commercial rights income to help the smaller outfits.

In the wake of comments from Bernie Ecclestone that a way to solve F1's cost crisis would be to change the way income is distributed, the bigger squads have baulked at the idea.

They argue that they should not be singled out as the ones who need to make changes simply because they were successful in agreeing better deals with the sport's owners.

When asked by AUTOSPORT about Ecclestone's suggestions the bigger outfits hand over some of their payments to fund the poorer teams, Red Bull boss Christian Horner said: "That is awfully nice of Bernie to suggest that.

"Every team has negotiated his deal with the commercial rights holder and I think it is an issue that needs to be asked of him about the distribution of money.

"We have signed agreements, and I am not convinced that even if you double the money to Caterham and Marussia it would have solved their issues.

"Their issues are more fundamental on what are the cost-drivers rather than what is the income."

Horner is adamant that the only way forward is for F1's owner CVC to pay more out of its profits to help keep the smaller teams alive.

"We have huge budget pressures, and I have to operate within our budget," he said.

"If the commercial rights holder wants to put in place more money to the smaller teams then that is their choice and their responsibility.

"Teams are here to compete, not sponsor each other."

Ferrari team principal Marco Mattiacci believes the best answer would be for F1 to attract more income in the first place - which would help out all teams.

"Ferrari is very focused to make the cake bigger and not to change the different ways of how to slice the cake," he said. "We don't have to overreact.

"We need to first look at how to increase revenues, that is priority number one.

"The second is to make sure that who comes in F1 is very aware of the challenge of F1.

"This sport is innovation, innovation costs money, a lot of investment, and long-term investment. So we keep investing in F1: that's our focus."

But Mercedes motorsport boss Toto Wolff said that the bigger teams should at least speak to Ecclestone if he thinks there is a compromise that can be reached. 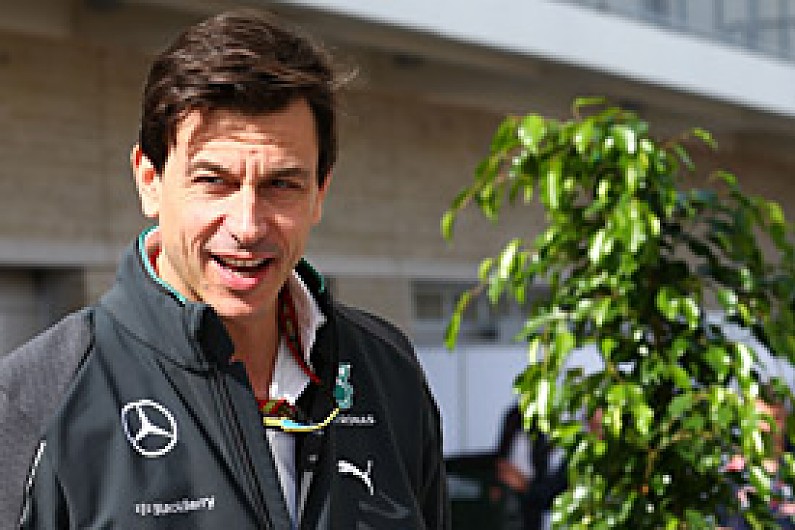 "We know why we ended up here," he said. "It was important for Bernie to re-sign the big teams who are the main cast of Formula 1.

"Today we find ourselves in a situation which is not good as two of the smaller new teams have left and some of the others are struggling.

"It is a matter for the teams to discuss it with Bernie. It is his call and if the so-called bigger teams can do something then I think we should sit around a table and discuss it.

"As Mercedes I don't feel we are the primary target because we are far away from what some of the other teams get, so let's see what Bernie comes up with."