Formula 1 teams have again rejected the idea of bringing customer cars back to grand prix racing.

With attempts to bring in a budget cap or radical cost control having failed, there were fresh discussions at the Italian Grand Prix about other options to help the smaller outfits.

One suggestion discussed during a meeting of F1's Strategy Group was for chassis to be removed from the list of parts that teams must make themselves.

If this happened, it would open the way for smaller outfits to buy cars from the bigger manufacturers.

But it was decided that being a championship for teams as well as drivers was one of F1's major strengths, and the chassis plan was consequently rejected.

OPINION: Three-car teams are not the solution for F1

However, the bigger teams remain open to the idea of third cars being run in the event that some smaller teams fall off the grid because they cannot afford to continue.

Ferrari team boss Marco Mattiacci admitted that a third car plan would be preferable to customer outfits, but said it was not a priority for him at present.

"I think that if we keep calling this a constructors' championship, the constructors have to build the chassis," he said. "Otherwise you're going to dilute the DNA of Formula 1.

"If it's a constructors' championship, you need to build something.

"On third cars, it is an option but I'm very focused on making sure my two cars work. So I don't want to think about a third one."

Talk of third cars was prompted by a Tweet from former Williams CEO Adam Parr after the Italian Grand Prix.

He wrote: "This is the last year of F1 as we know it. In 2015 eight teams will contest the championship, with several teams entering three cars."

McLaren racing director Eric Boullier suggested Parr's claims went too far - even though he acknowledged not all the current grid would necessarily survive.

"I think he is being a bit provocative," said Boullier. 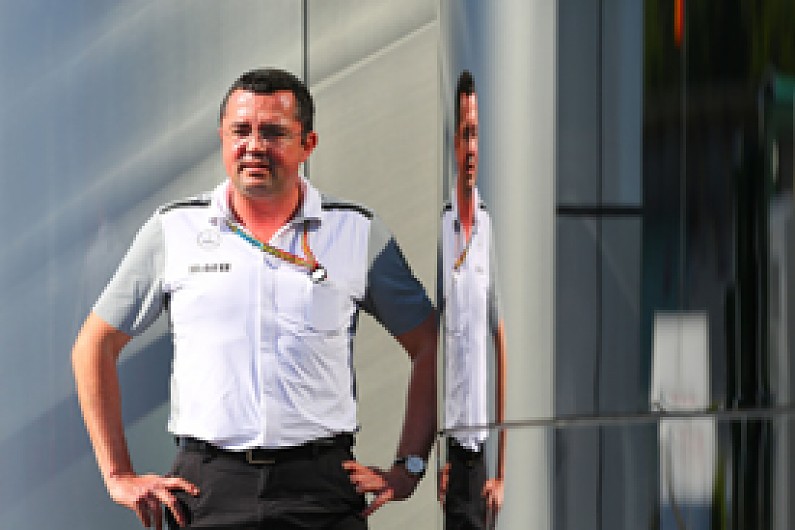 "We know anyway that F1 is going through a transition time.

"With car manufacturers in the last decade, budgets have literally gone through the roof and now we are in a different economic situation.

"There is some transition, so there are potentially a couple of teams that will suffer from this and I don't know if they will still be on the grid. But I don't think we will go to eight teams and three cars next year.

"There is as usual a lot of discussion around this situation, which is not comfortable for some teams.

"I hope there will be some understanding and development in the business model of F1 in the near future to not go that far and not be that provocative."