The new McLaren MP4-29 hit the track for the first time on Wednesday morning after missing the first day of testing at Jerez with electrical problems.

It's the first time we have had the chance to see the car in the flesh after last week's digital launch, and it looks like it could put McLaren back where it should be near the front of the field.

Initially, I thought last year's car was a well thought-out design, but that was based on being told that the front wing assembly was a launch-specification and there would be a new one coming.

While there were developments, McLaren never addressed the problem of airflow in front of the tyre, which is critical because that affects the performance of the whole car. 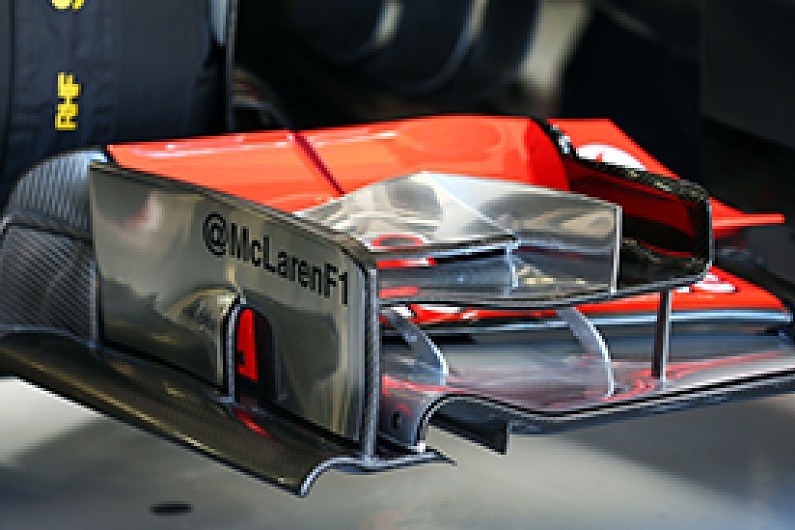 McLaren had a three-element front wing design (pictured), which was miles behind what everyone else at the front was doing.

Having only three elements gives you more surface area for the wing and therefore more overall downforce, but it's much less consistent because the airflow is more prone to separation and when that does happen, you lose a greater percentage of the downforce of the front wing.

This year's front wing is very different, with five elements at the outboard section and a lot of detailing to the wing as opposed to last year's basic concept.

This is one of the main reasons why I'd expect McLaren to have a much stronger season as one of the fundamental problems of the 2013 car has been eliminated.

The one question mark hanging over McLaren is the anteater nose concept. While the detailing on its design is very neatly implemented, it has not been pursued by Red Bull, Mercedes and Ferrari, the top three teams in last year's championship.

This doesn't necessarily mean they are right and McLaren is wrong, but everyone will hone in on one concept as time goes on and it will be interesting to see which direction teams take.

The nose is a bolt-on part and all teams will be open to making changes in that area, even though it will have a significant influence on the rest of the car aerodynamically.

There is something interesting at the rear of the car that nobody else has, but which I haven't seen in detail.

This is the way they have shrouded the rear wishbones to produce more rear downforce. This is an important area because of the loss of the rear beam wing. 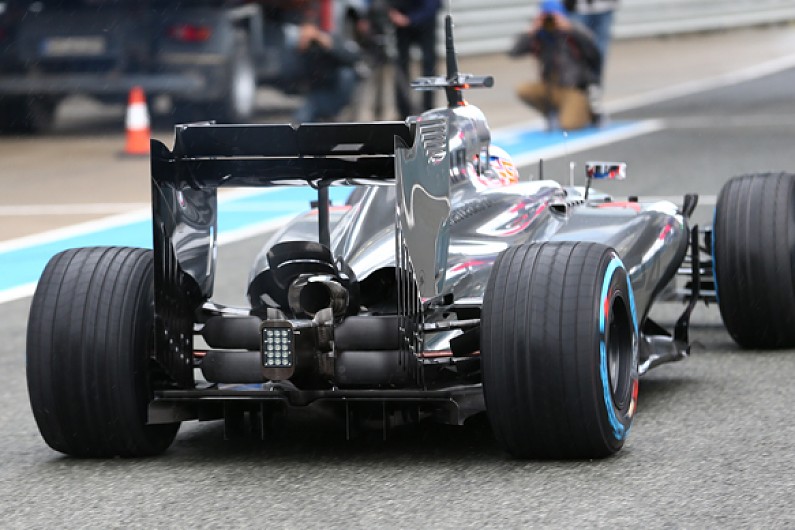