McLaren's poor 2013 Formula 1 season was a result of an unnecessary panic during a fallow period in mid-2012, according to team boss Martin Whitmarsh.

The Woking team failed to take a podium finish this year for the first time since 1980, despite ending 2012 as F1's pacesetter.

Whitmarsh now believes the team went fundamentally awry in summer 2012, when it over-reacted to a performance dip and decided it had to take a new direction with its '13 design.

"Last year we had a quick car. And if we had had more operational reliability then we could have won the championship," Whitmarsh told AUTOSPORT.

"Around mid-year, when we were making decisions about this year's car, I guess we had a slight dip in our performance.

"What tends to happen is that every now and again you get on a roll and you get a good upturn in performance and you feel good with life.

"Occasionally it goes flat for a while and then you start to worry and fret and panic.

"We were looking at our development last year, we had a reasonable car, and then it did not respond in development terms.

"Every week you are delivering 1.5-2 points of downforce and when you go for a six week period of not doing that, you start to worry.

"It was maybe at that time that the engineer team thought maybe our progress is horizontal and we need to break out of here." 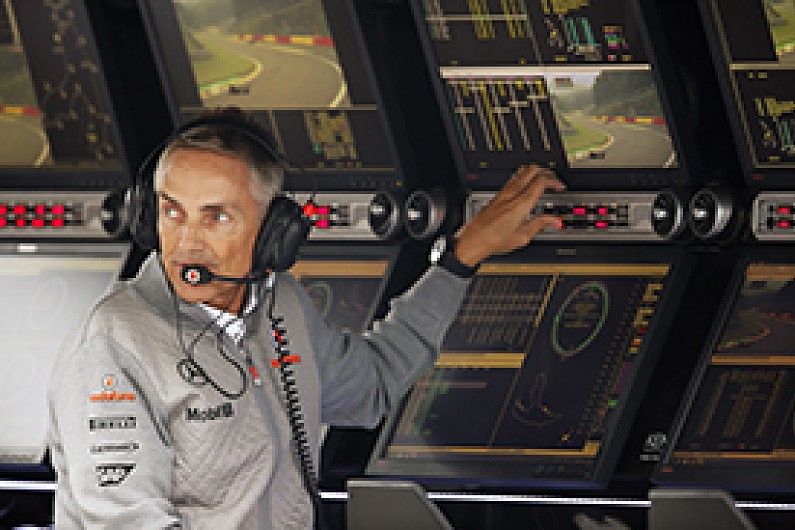 Whitmarsh admitted that McLaren then got into a bigger mess with this year's car, but was pleased with how it regained ground despite abandoning development very early.

"We got ourselves panicked into a horrible position in Melbourne where we were nailing the car's ride height on a bumpy circuit and going in the wrong direction," said Whitmarsh.

"We took a car that wasn't good enough and made it worse in my opinion, to be frank about it.

"We were behind and we have now focused on the effort of the coming years. There is a limit on what we could do this year.

"But Red Bull aside, we have gone forward. At the last four or five races, we were racing with Ferrari, Mercedes and Lotus.

"So we have made relative gains, and we have not for three or four months done any base work on the car, just running experiments in FP1 and going from there."