Formula 1's owners should prepare for a totally new way of running the sport after commercial supremo Bernie Ecclestone steps down from his role, reckons Ferrari president Luca di Montezemolo.

Rather than being replaced by a single individual, di Montezemolo thinks F1 should be run by a group of experts that can help ensure grand prix racing maintains its popularity.

Why Ross Brawn should run F1

"I think after Bernie, who is unique, it is necessary to approach a different governance for the sport," said di Montezemolo during a lunch with media at Fiorano.

"Bernie is Bernie, with a lot of pluses and even some minuses as all of us.

"I hope for him that he can stay there for a long time, for this is not a today [only] problem.

"We have to discuss this [Ecclestone's succession plan] because at the end of the day this is our business.

"It is not a question of after Bernie you put a Rob, a Jon, or a Mario - it is a question how to approach it. You have to approach commercial problems, TV rights, and where to race?"

Although di Montezemolo believes Ecclestone has done a lot of expand F1, he questioned the value of racing in places where there is little fan interest, and asked whether or not the racing is now too complicated to keep audiences engaged.

"I am tired to go to races in nowhere where there is no public," he said.

"What kind of relation do we have with the public?

"For some years we have talked about new technology, and what we can do to improve the show, but there is no question the young boys love cars and F1 less. 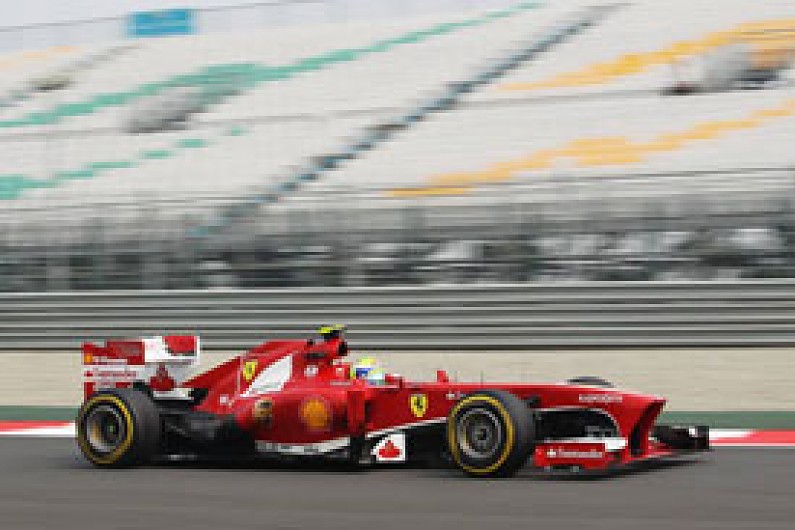 "One of the reasons, but not the only one, is that the races are becoming too complicated to follow.

"We have to work with the media, television, radio, written press and the Internet to find out what is the right way.

"While Bernie is here, Bernie knows. He is intelligent, but sometimes he is too conservative.

"But he is Bernie, and I will never accept that instead of Bernie we find one man, Luca di Montezemolo, or someone else.

"We have to create a group of governance where you have a CEO and then one in charge of motor racing, but motor racing does not mean rules, it means a lot of different voices."

Di Montezemolo believes that alongside the CEO, there should be a Head of Technical, a Head of Sporting and a Head of Commercial Affairs.