Caterham boss Cyril Abiteboul reckons scoring points in Formula 1 has become harder than ever because the cars are now easier to drive.

Abiteboul's squad and fellow 2010 newcomer Marussia have failed to break into the points in their four seasons in F1 so far.

Accounting for their various previous guises, the two squads share the record for the most team starts without scoring a grand prix point.

Although the points scoring positions have been extended from top six to initially top eight then top 10 during the past decade, finishing rates have improved in parallel with these changes.

Why it's still hard to make your point in F1

"Honestly reliability is something that is just crazy," Abiteboul told AUTOSPORT.

"A few years ago you knew that just through reliability some cars would not finish."

He believes changes to both circuits and cars have also made it much less likely that a driving error will cause a retirement.

"[There is also] something we don't talk much about: new tracks," Abiteboul added.

"Drivers can go off the circuit and get back on, even if there is an incident at Turn 1, people go wide and come back on and that is it.

"I am not a driver myself but I believe that the cars are also easier to drive.

"Drivers are capable of driving their cars to the limit, but still sometimes they are very close to each other and still managing to handle the car properly, or go out and come back.

"There is no penalty for giving a bit further than the limit.

"I don't believe necessarily that drivers have become much better than they were 10 years ago, it is just the combination of the track layout, the cars and all the dynamics systems." 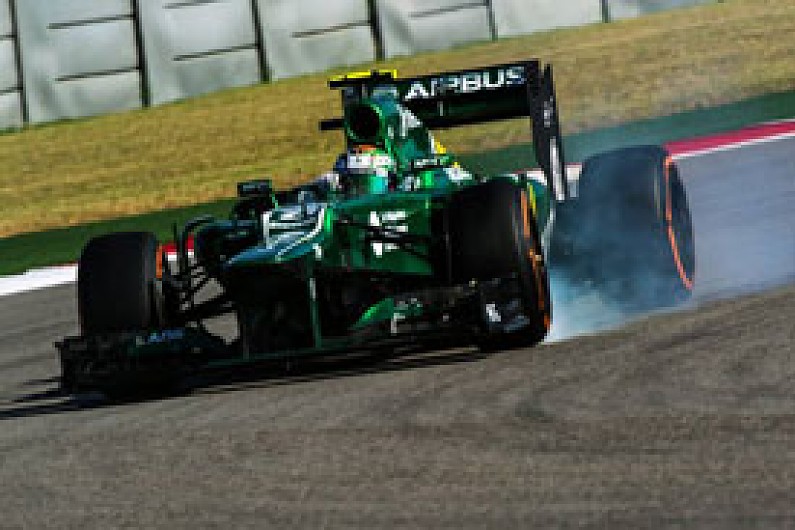 What exactly has Caterham got right?

"We could see how much better and how much easier the car was, and that is the thing that has benefited Giedo," he said.

"We saw how he was suffering at the start of the season, and we see also that it looks like he has improved as a driver.

"In general he has improved, but introducing some new systems can totally change a driver's performance from black to white.

"All of that means that everyone is, in general, much more reliable.

"In general the races start with 22 cars and then finish with almost 22 cars."