Ferrari is calling for a Formula 1 team summit at Maranello next month to discuss the future of the sport following concerns it could be heading in the wrong direction.

Amid the backdrop of a fan backlash over the double points plan for the season finale, worries over rising costs and a push for customer cars, Ferrari president Luca di Montezemolo thinks it essential that teams get together as soon as they can.

He plans to invite everyone to Maranello in the second half of January to talk in detail about ways to make F1 better.

"I have the intention to invite [all teams] to Maranello, not to discuss a single point that maybe can give an advantage to one team or another, but to talk about the overall approach to Formula 1," he revealed during a lunch with selected media including AUTOSPORT.

"I think the people do not have enough opportunities outside of the tough weekend of races - where you have to prepare the car for the races, the sponsors, the television, the public - to have one day peaceful talking each other to look ahead."

COMPETITIVE INTERESTS MUST BE PUT ASIDE

Di Montezemolo wants teams to put their own competitive interests aside for the meeting so rule ideas can be agreed that are beneficial to everybody.

"I would like it to be in a very constructive way, without discussing anything relating to competitiveness, to discuss the nature of F1 with the teams.

"We have to make proposals to do something, without putting anyone in the corner - and not [do deals] under the table. I want to do it in a very open way. 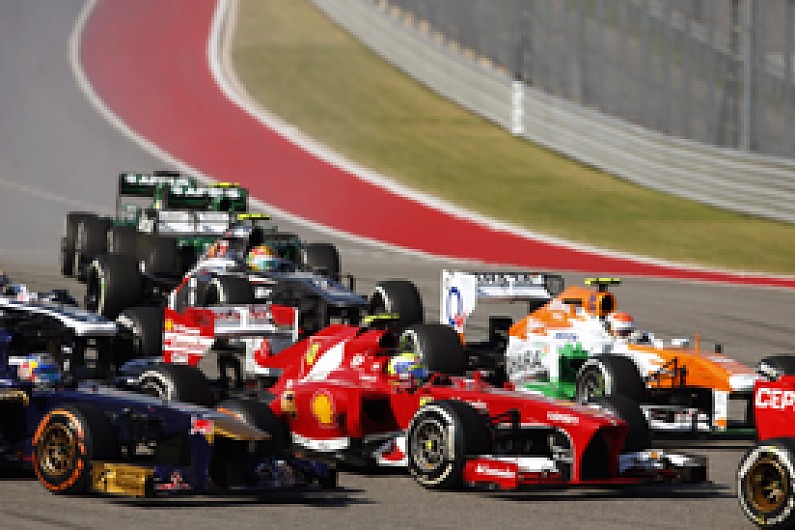 "I want to have more dialogue between the teams - not about competition, but looking at the problems with F1."

Di Montezemolo suggests that serious thought should be given to the idea of teams supplying a third customer car to other outfits.

He also wants talk about rules, like the double points plan, that are taking the sport in a direction that some are not comfortable with.

Three-car teams back on F1's agenda

"I once told Max [Mosley, former FIA president], I don't want us to think about something like in soccer where, if it is raining, the players are obliged to wear tennis shoes because they slip more and that would make it more interesting - as then maybe Real Madrid could be beaten by a small team. This is something I don't like."