Red Bull insists it is in no rush to confirm that Daniel Ricciardo has secured a 2014 Formula 1 seat with the team, as it still wants to see what other options are available.

Although high-level sources insist that Red Bull has decided to promote Ricciardo from Toro Rosso, team principal Christian Horner is adamant that nothing is signed yet.

Furthermore, he has suggested that his team is happy to wait a bit longer to consider who else could be available.

While Horner would not be drawn on potential alternatives, he is likely referring to Kimi Raikkonen and Fernando Alonso.

How Horner holds the key to the driver market

"We want to field the strongest possible drivers we can, so it is prudent to look at all the options available," said Horner.

"It has surprised us the options that are available that perhaps we didn't think were there originally."

As AUTOSPORT previously reported, Alonso's management team is believed to have indicated to Red Bull and another outfit at the Hungarian Grand Prix that the Spaniard could potentially be available if certain performance clauses in his Ferrari contract come into play.

Ricciardo though is expected to be confirmed around the time of the Italian Grand Prix - either via a press release or on Red Bull's own television channel.

Mark Webber, who Ricciardo would replace, even made it clear that he expected his compatriot to get the seat as he said the decision Red Bull had made was 'good for Australia.'

Horner insisted the Australian was not aware of the decision-making process inside the team. 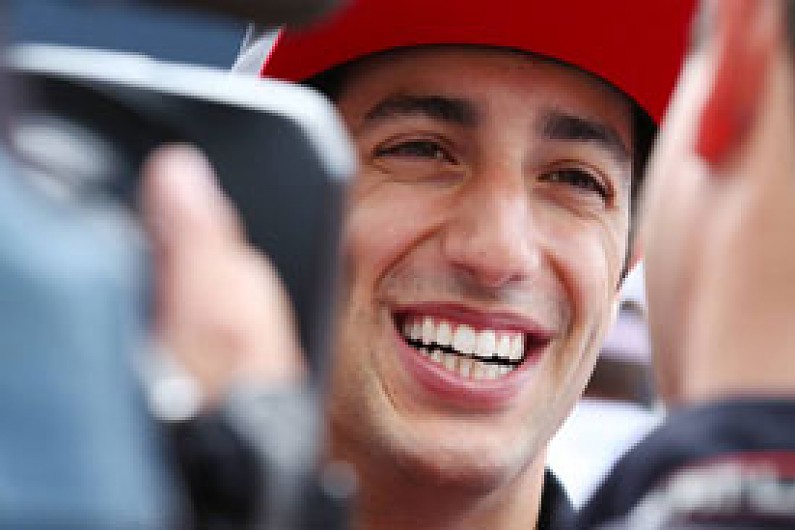 "There is plenty of speculation about but nothing has been signed yet," said Horner. "The situation is still as I said before the race.

"We have time to contemplate who we put in the other seat and there will be no announcement, certainly before Monza.

"I think comments get taken out of context sometimes. Mark is not obviously privy to all conversations with drivers but when there is something to announce we will certainly announce it."

"Both Toro Rosso drivers are on Red Bull Racing contracts," said Horner. "They are then loaned to Toro Rosso, so at any point they are available for us to call upon.

"We don't have to worry about those two because they are products of the Red Bull junior team.

"The reason we have taken the time is to look at what other options are about, as there are very big shoes to fill with Mark next year."