Mark Webber thinks that Formula 1's more experienced drivers are struggling to get much satisfaction from the state of racing at the moment.

With tyres becoming such a dominant factor in 2013, Webber believes that the way that degradation has to be managed through a race has taken away some of the pleasure of battling wheel-to-wheel.

"I think as a group, especially for the guys north of 100 grands prix, we've seen a different make-up of how grands prix are run these days," said Webber, when asked by AUTOSPORT about how satisfying the racing is this year.

"It's in our skill set to have to deal with some of these challenges, as we always have, whether its V10s, V8s, refuelling, one-lap qualifying; Q1, Q2, Q3.

"I've seen most of the scenarios we've had to play with, and it is important for a driver to deal with them.

"But you saw in Monaco I started to look after my first set of tyres when we got to Turn 3! And we could see Nico [Rosberg] doing that as well.

"It [the racing] is different. Monaco was quite an extreme case for that in terms of pace, as I think it around GP2 pace, and that's getting quite extreme you'd say.

"It is also very strategic from the pitwall, as in this is where the tyres are, this is what we're capable of doing, can you please get us there?"

Webber admits that there are times when drivers are able to push to the limit and fight hard for position, but thinks that is really limited to the closing stages of races.

"You see drivers racing like Lewis [Hamilton] and I did with three or four laps to go in Bahrain," he said. "We wouldn't race like that on lap seven, because you're just cutting your own wrists - killing the tyres and your stint range.

"But when you've got three or four laps to go, you try and finish in what position you can. 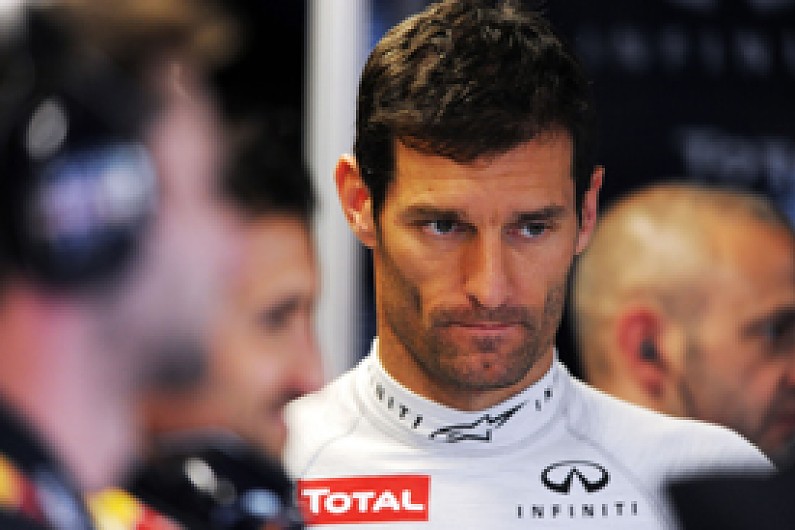 "It is a really different type of racing, no doubt about it. You still have some nice moments in the car but it's hard to put your finger on the satisfaction side of things now. It's just different."

Despite his reservations about the racing, Webber says that finishing at the front is still worth as much, simply because of the quality of the oppositions.

"To be successful and win at this level, they're not going to hand results out," he said.

"You're going to have to beat some decent operators, and that's always been the case in F1.

"You have to beat other teams as well, not just the drivers. That's a hugely satisfying part of the job. You know that when you're on the top step of the podium, generally it's a very proud moment."