Lotus has unveiled the new E21 Formula 1 car that it hopes will provide a springboard for it to become a top team in 2013.

After an encouraging 2012 campaign where Lotus delivered a victory in Abu Dhabi with Kimi Raikkonen, the Enstone-based outfit believes its evolutionary car can move it further forward.

Team principal Eric Boullier said: "I think it is fair to say that great things are possible. The leap we made from 2011 to 2012 showed what we are capable of.

"Add to this the continuity and potential of our driver line-up and we have a very powerful cocktail for the season ahead.

"Our ambitious plan to turn ourselves into one of the top teams in Formula 1 is coming to fruition and now we need to harness this with strong and regular podium results.

"We are lean and hungry. Enstone knows how to win championships, but it is a while since we have won so we are very eager to taste glory again."

Allison: Big changes under the skin

The E21 is visually similar to last year's car, but technical director James Allison said that certain areas of it have undergone a wholesale redesign.

"Depending on where you look, some parts of the new car are a ground-up redesign and in other areas we have further optimised the best bits of the design philosophy we've adopted for several seasons," he said.

"The front and rear suspension layouts are substantially revised to try and give us better aerodynamic opportunities. The front wing is a continuation of the concepts we have worked on since the 2009 rules were published. 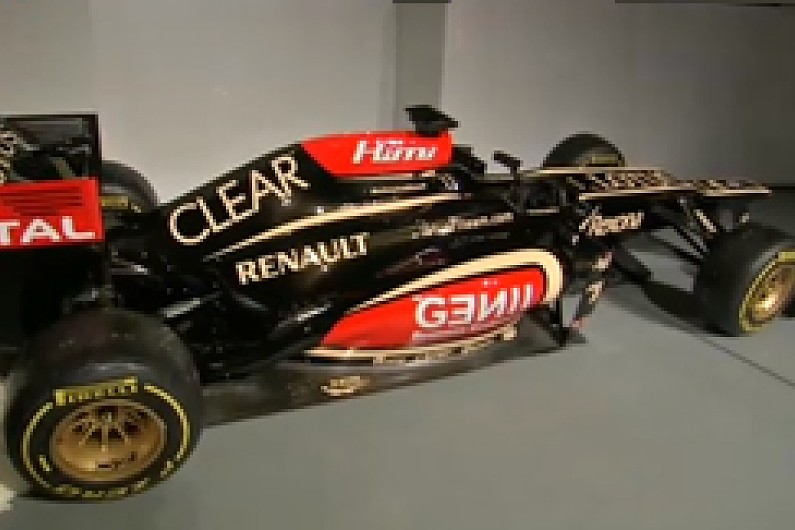 "For the rear wing system, we've continued to try to work on having a satisfactory level of rear downforce stability whilst having maximum DRS switching potential."

The E21 will feature the passive double DRS that the team evaluated last year and the outfit has elected not to run with the 'vanity panel' that is allowed this year to hide the stepped nose.

Allison has high hopes for the new car, but is equally aware that its performance will only become clear once the outfit starts racing.

"The E20 proved itself to be an effective racing car, so there is an element of expectation from the E21," he said.

"We have continued with our design themes and tried to build a more efficient and faster racing car based on all the lessons we learnt last year. How successful we have been at this we will only know once we take to the track at grands prix."