Pedro de la Rosa has admitted the whole HRT team remains in the dark about its future as it continues to seek a buyer.

Owner Thesan Capital put the squad up for sale earlier this month. Thesen had taken HRT over from Jose Ramon Carabante in July last year.

It now faces a race against time to secure a buyer ahead of the November 30 deadline to pay the entry fee for the Formula 1 2013 season.

De la Rosa said the lack of information made the situation even worse for HRT employees.

"It's not easy for anybody, especially for the mechanics and engineers who from now on have to fight for their future because we don't know what will happen," de la Rosa told reporters in Brazil.

"None of us know what will happen, but we have to assume that the team will continue and that we still have to do the best possible job and forget about all this. It's easy to say but difficult to do, but people are being very professional.

"All I know is that we are here and everyone that is here has not received anything. We are here and we are working until the end. What happens afterwards is unknown, but unknown to everyone. It's not that I know more, or that someone knows about it. I don't think anyone knows at the moment."

Reports in the Spanish media over the week said HRT's Madrid factory has no employees now, and AUTOSPORT understands that as of November 26, the race team employees are out of work as well.

De la Rosa, who signed a two-year contract with HRT, said he would still be interested in staying on if the team continues, but he made it clear that it would depend on the new situation.

"I hope the team continues, but at this moment in time I can't say anymore," added de la Rosa.

"I'm not a short-term personality. I always think long-term and when I decided to come here I said two years minimum because that's what you need to make progress and I haven't changed my view. But obviously I would need to know if the team will continue and how and under which conditions and with whom we are going to continue." 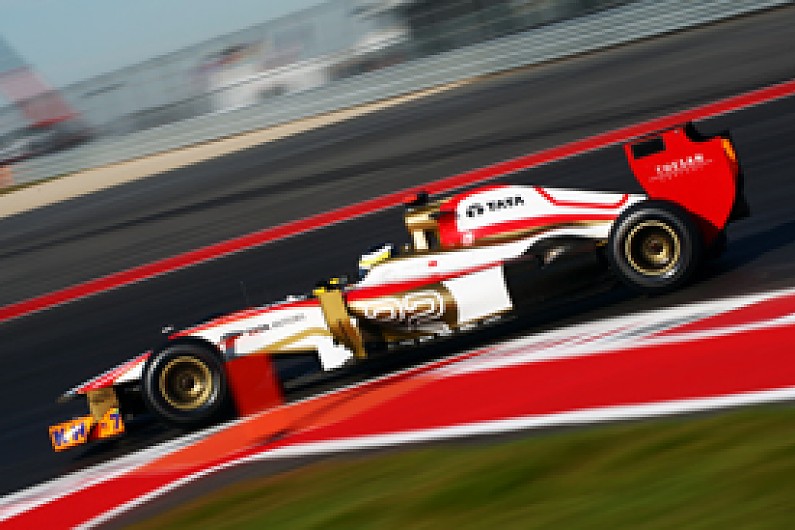 The Spaniard reckons the economic situation in his country has also affected HRT.

"The backing from Spain has been smaller than expected, mainly because we have inherited a very difficult economic situation back home. We cannot ask for more support given the situation when people are losing their jobs, etc."

Nonetheless, de la Rosa said he was very proud of what his team had achieved during the 2012 season, especially given its lack of resources.

"It's been a very good season given our limitations and the budget that we had and the development we have been able to achieve. I think it's quite outstanding. I'm very proud of it, even though the limitations we had have been enormous.

"We should not forget we started with 70-75 people and ended up with 83, and this is our whole operation. When you at teams like Marussia and Caterham they are more than double in numbers, well over. There are no secret in Formula 1 and we've done well with that we had."