For any Formula 1 driver, you would think that ending a session nearly 13 seconds off the pace would be something to quickly forget about and move on from.

But for Israeli Chanoch Nissany, his infamous outing in a Friday free practice session for Minardi at the 2005 Hungarian Grand Prix is something he remains immensely proud of.

Some may scoff at his pace that day, and suggest Nissany was never good enough to deserve a seat in F1. But doing so underestimates the remarkable story of determination that got him there in the first place.

For that, you have to rewind four years, when Nissany, then a successful real estate businessman working in Budapest, attended the Hungarian Grand Prix as a spectator in 2001.

"I started when I was 38," he tells Autosport. "I was a businessman, working in an office, and I remember sitting in the grandstand at Budapest. I saw the race and I said to my friend: 'I want to be an F1 driver'. I had never before sat in a kart or a racing car, anything. And I said to them 'I want to be a driver'. 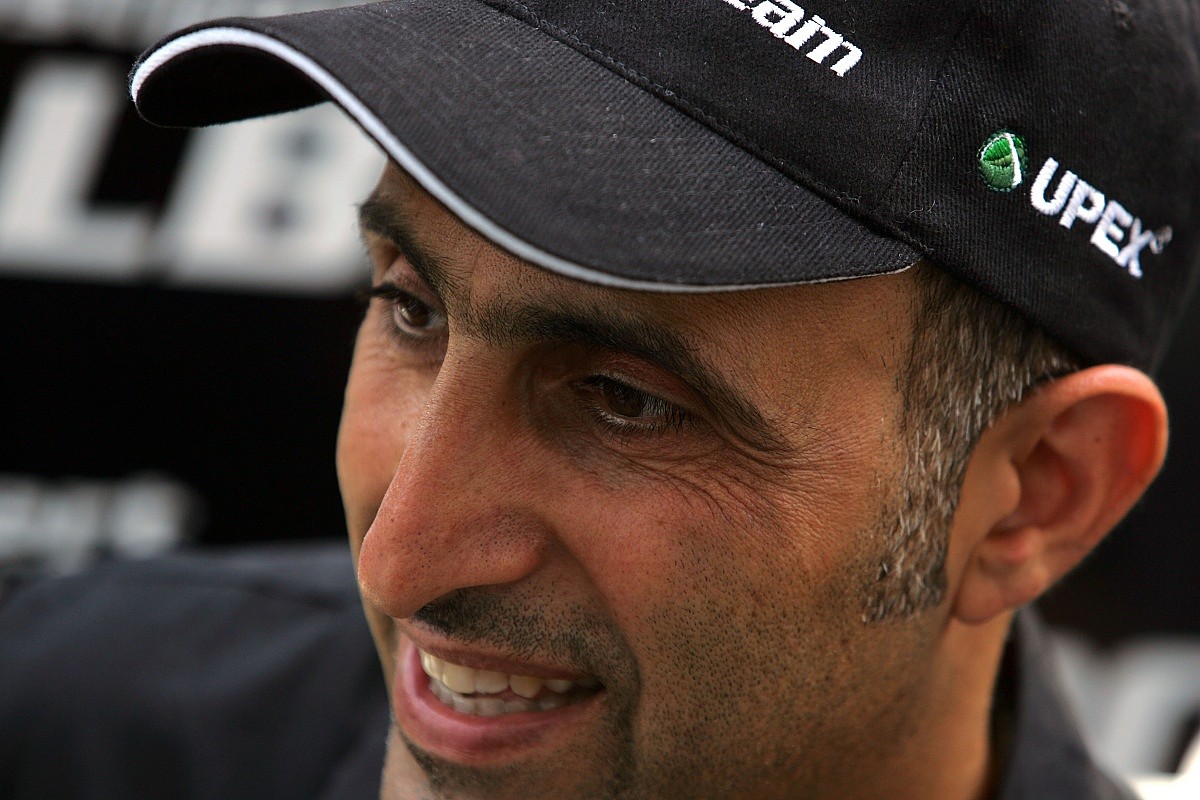 "My friends replied: 'No problem. When we get back home you take your medicine and everything will be fine'. But I went back and I started [my career] from zero."

Nissany's business success meant he had the financial means to get the ball rolling in motorsport, and he eventually picked up a personal sponsor, Israeli cosmetics company UPEX, that would take him all the way to F1.

As F1's superlicence rules were very different, all Nissany needed to do to get the paperwork to drive in a practice session was to complete enough mileage in private testing

He entered the 2002 Formula 2000 Hungarian National Championship, finishing runner-up that season, and then won the title the following year.

By 2003 he began competing in international series, including the World Series Lights, and in 2004 he competed in Formula 3000. He wasn't setting the world on fire with his results, but he was still on target to achieve his dream - and moved a step closer when he secured a test driver role at Jordan. 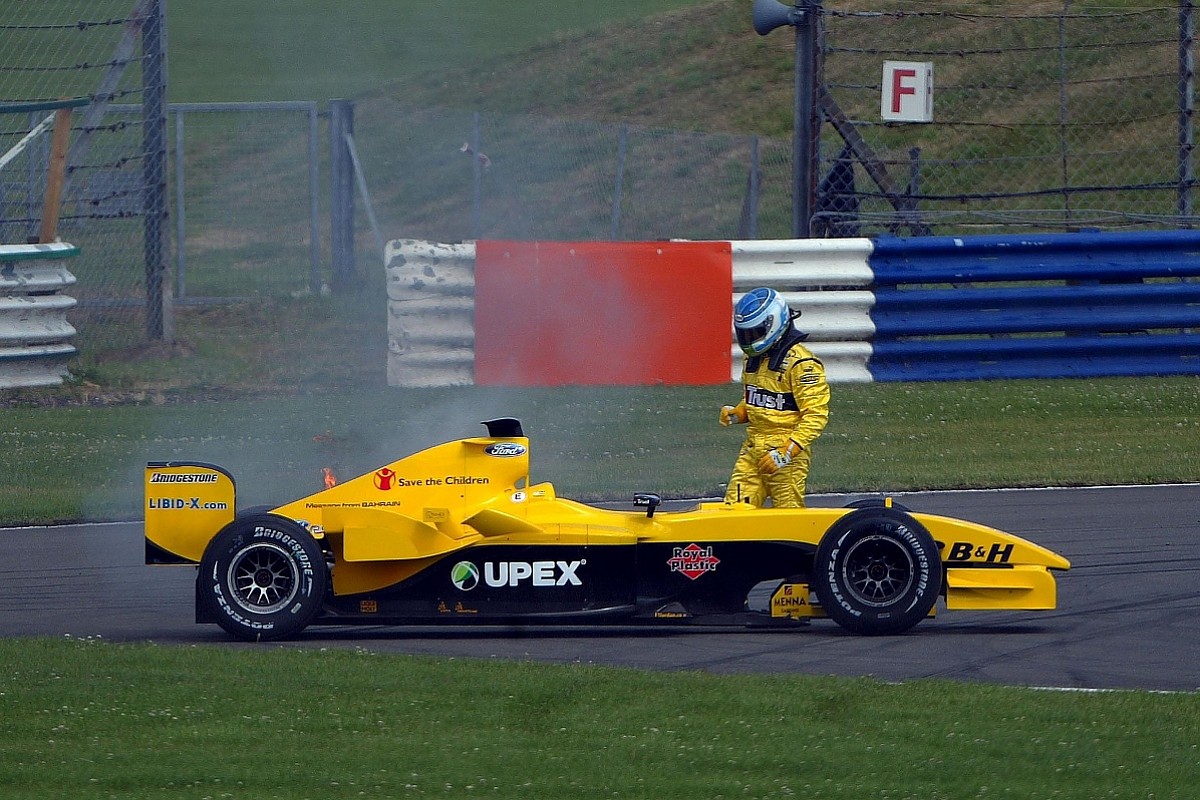 He made his F1 test debut in a run at Silverstone in July, ending up nine seconds slower than team-mate Nick Heidfeld after an engine failure cut short his running.

"I worked day by day, for 24 hours on it," he says. "I was eating, sleeping, dreaming about car racing."

In 2005, Nissany's ambition of taking part in an official F1 weekend was all but achieved when, at the Hilton Hotel in Tel-Aviv, Minardi boss Paul Stoddart announced that the Israeli would become an official tester for his team, which included planned outings in some FP1 sessions.

As F1's superlicence rules were very different to the criteria in place now, all Nissany needed to do to get the paperwork to drive in a free practice session was to complete enough mileage in private testing. And with F1's testing also a world away from the restrictions now, getting those miles in was not a problem.

Nissany, who had completed two tests for Minardi the previous winter, completed five full days for the team at Misano, Mugello and Vallelunga before it was decided he would get the Friday outing he had dreamed of in Hungary - which, coincidentally, came on his 42nd birthday. 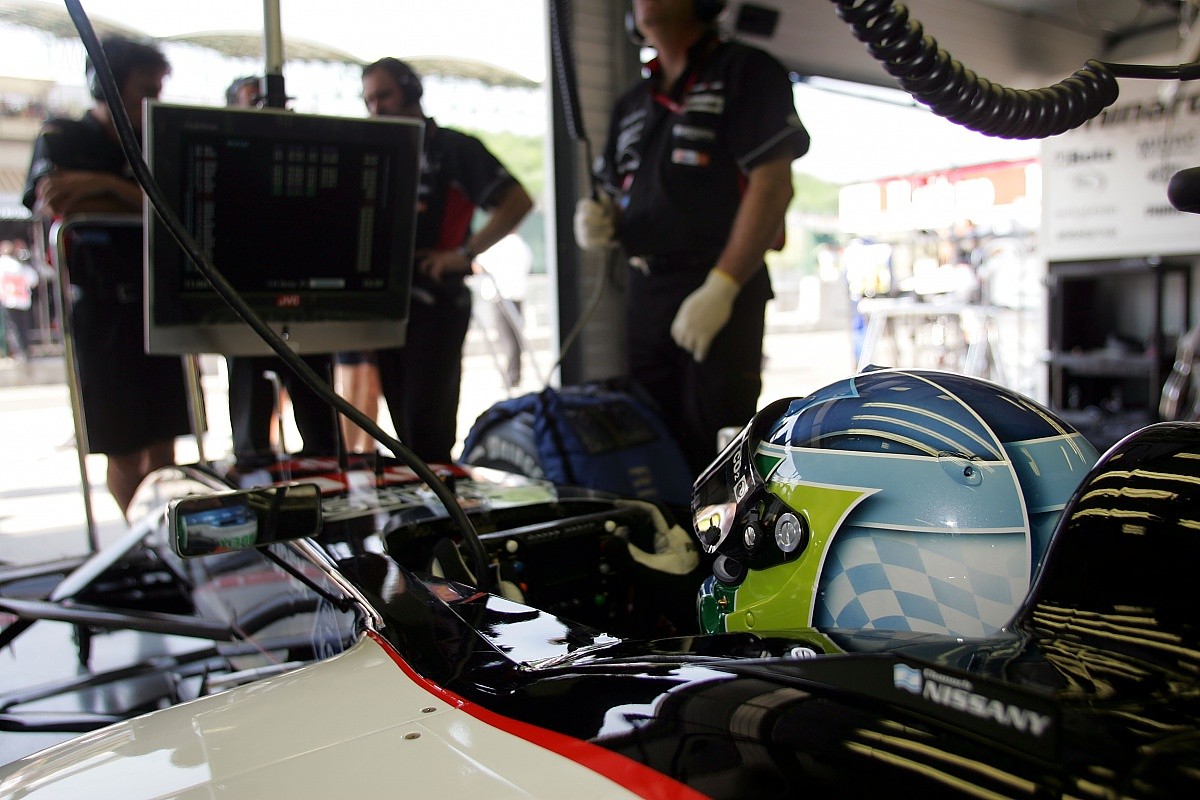 News of Nissany's F1 outing was massive in Israel, and local journalists and television crews descended on the Hungaroring. One especially eager reporter asked Michael Schumacher what he thought of Nissany's test. The slightly baffled looking German responded: "I have to apologise, I don't know."

Nissany's outing did not go amiss though, as the official F1 feed followed him like a hawk. His slightly cautious approach, amid the increased pressure of being at a proper weekend, meant no big push for sensational lap times as he built his confidence up.

But with 17 minutes to go, Nissany got it wrong at Turn 4, spinning off into the gravel, and his session was over. As the mobile crane arrived to tow his car, he was still there in the cockpit. His day was done. 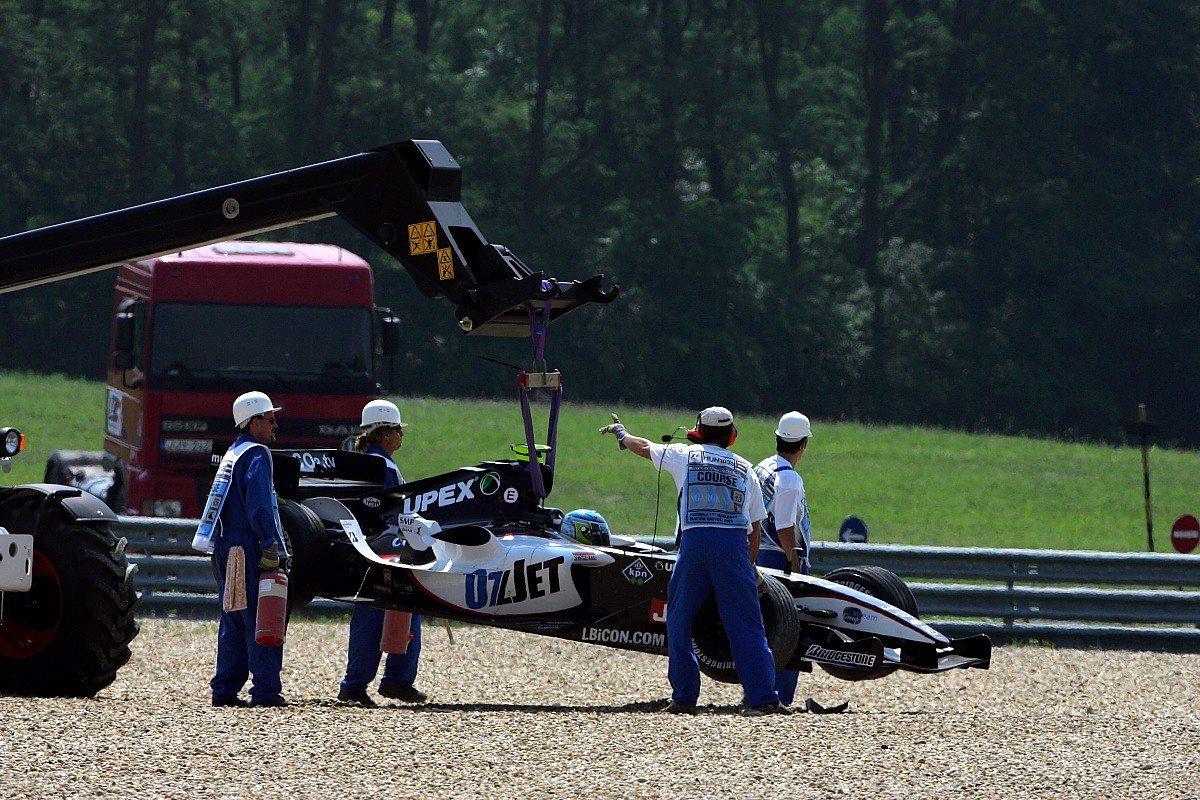 As he looks back now on what happened that day, Nissany is not embarrassed that he was not in the league of Schumacher, Fernando Alonso or Kimi Raikkonen. Just being out on track was the realisation of an unlikely dream, and he knows in private testing he had been much more on the pace than he showed that day.

"I am happy to achieve what I achieved, but I think Roy can do much more, because I never had the talent. I just had, let's say, the mental power to do it" Chanoch Nissany

"Look, don't forget it's now 15 years since then," he says. "I was proud to be at the Hungaroring, no question. It was a great experience. My target was very clear: to be an official Formula 1 driver and to drive the Formula 1 car. And this I did and I achieved.

"I'm just a special story for regular people, everybody who is is a businessman, worker and has some aim or a dream. So don't say it is not possible. I wanted to show to everybody that even at 38, if you decide to do something, you can do it. This is just by the mental side."

Nissany would never appear in an F1 session again, but he did take part in four further test days for Minardi. He continued his racing career too, winning more championships in Hungary before properly hanging up his helmet a few years ago. 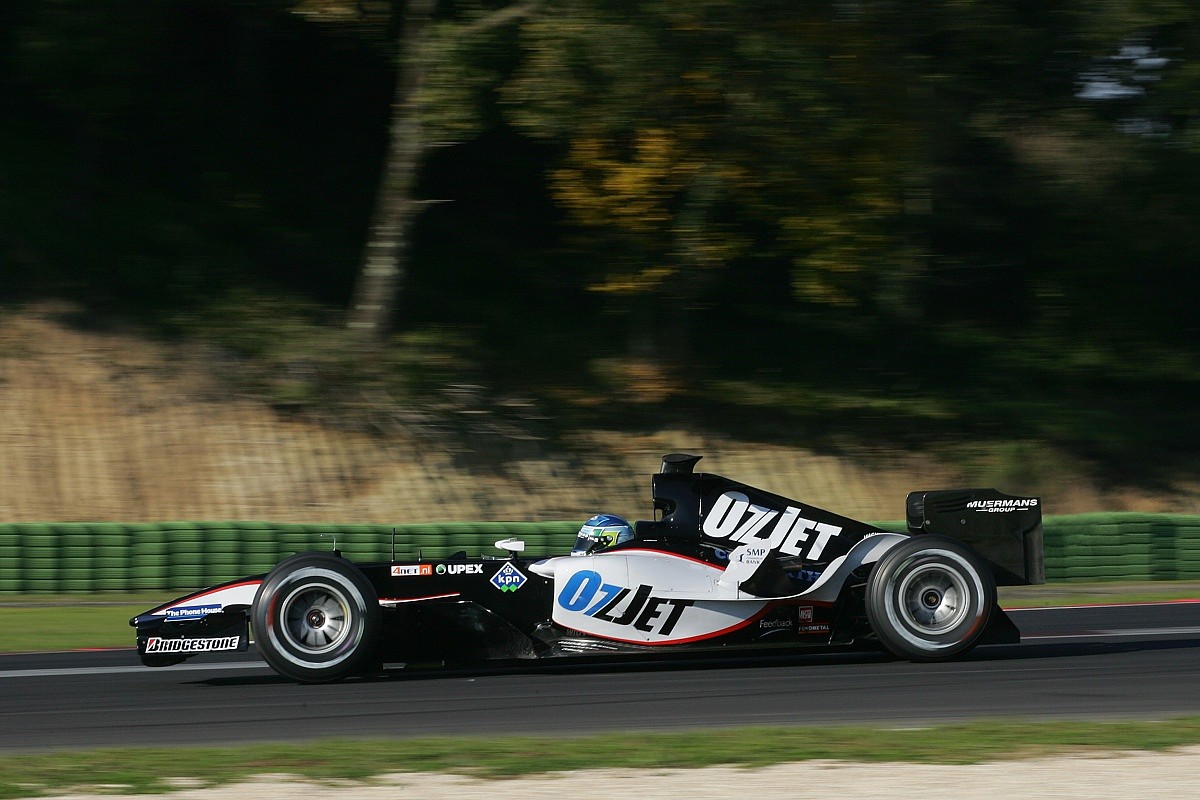 More recently, his focus has been on helping his son Roy make progress up the motor racing ladder. He has played a big role in helping put together the recently announced test driver deal with Williams.

While there is plenty of banter between father and son over their racing exploits, both are aware that their F1 opportunities are at completely different ends of the spectrum.

"I find myself very different from my father. If you look back at his career record, it was very unique, odd, and special, starting at the age of 38," says Roy. "So his objectives were very different to mine. Starting from such a late age and making it to F1, to get the Israeli flag there, I think it's an amazing achievement and stands on its own.

"But it's not what I'm trying to do, starting from six years old, and going further up the motor racing categories. So it's nice to have this heritage. But again, I have my individual way."

It's fair to say though that Nissany Sr is probably prouder of what his son is doing in pushing up the motor racing ladder than of what he achieved in his career.

"I am happy to achieve what I achieved," he admits. "But I think Roy can do much more, because I never had the talent. I am not in his category. I just had, let's say, the mental power to do it. But this generation, the young generation, they are in another world." 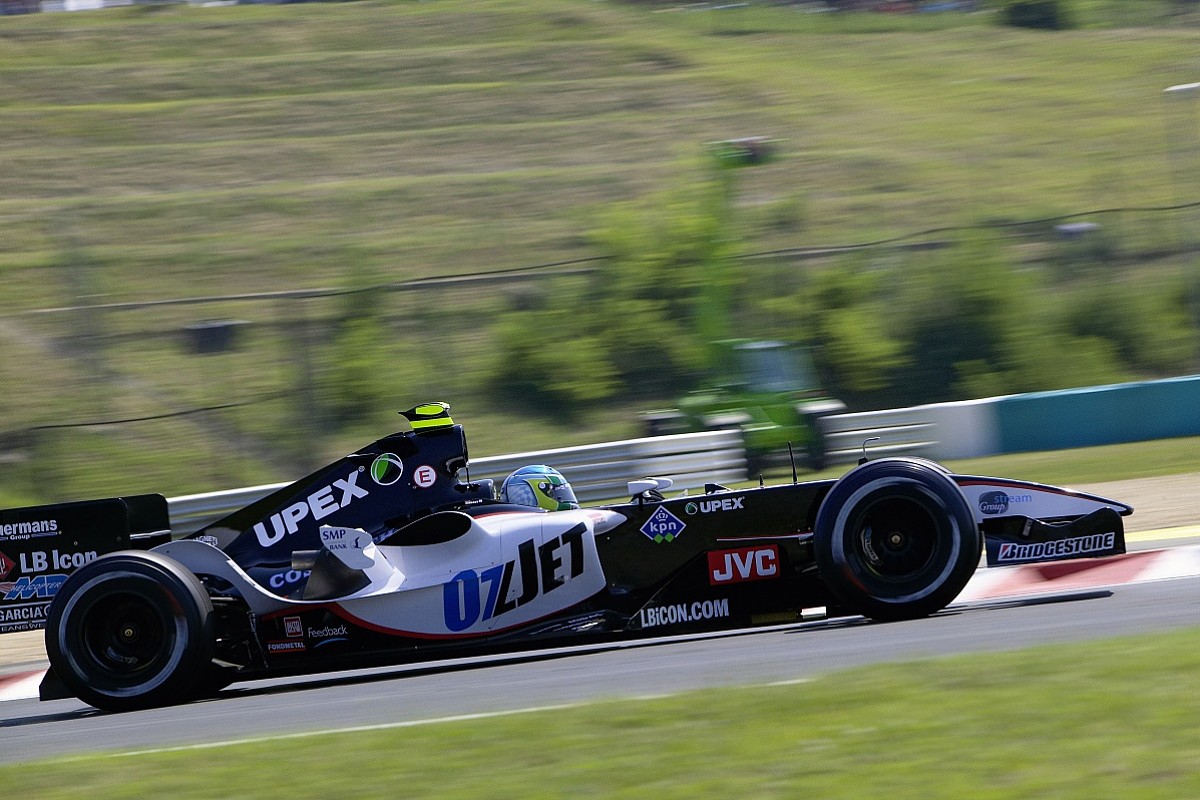