With a host of top drivers locked into contracts that take them up to 2021, Formula 1 had initially looked set for stability compared to the Daniel Ricciardo-induced swathe of driver switches last year.

But nothing stays still in F1 and, as the mid-season approaches, the paddock rumour mill has got into gear as teams and drivers manoeuvre themselves for 2020.

There's an unusual facet to this year's market - it is not limited to the current grid and a couple of rookie hopefuls angling for a step up.

Instead, there are two big names sitting on the sidelines who could play a pivotal role: Esteban Ocon and Fernando Alonso.

Mercedes junior Ocon was the unlucky victim of the Ricciardo move. Ocon believed he had a deal in place with Renault for 2019 and his 'manager' Toto Wolff shook hands with Renault's Cyril Abiteboul over the matter.

But Ocon lost out on the seat to Ricciardo and, with other opportunities fading away, the Mercedes-backed driver was left with little choice but to sit out 2019 and focus on his reserve role at the champion team. 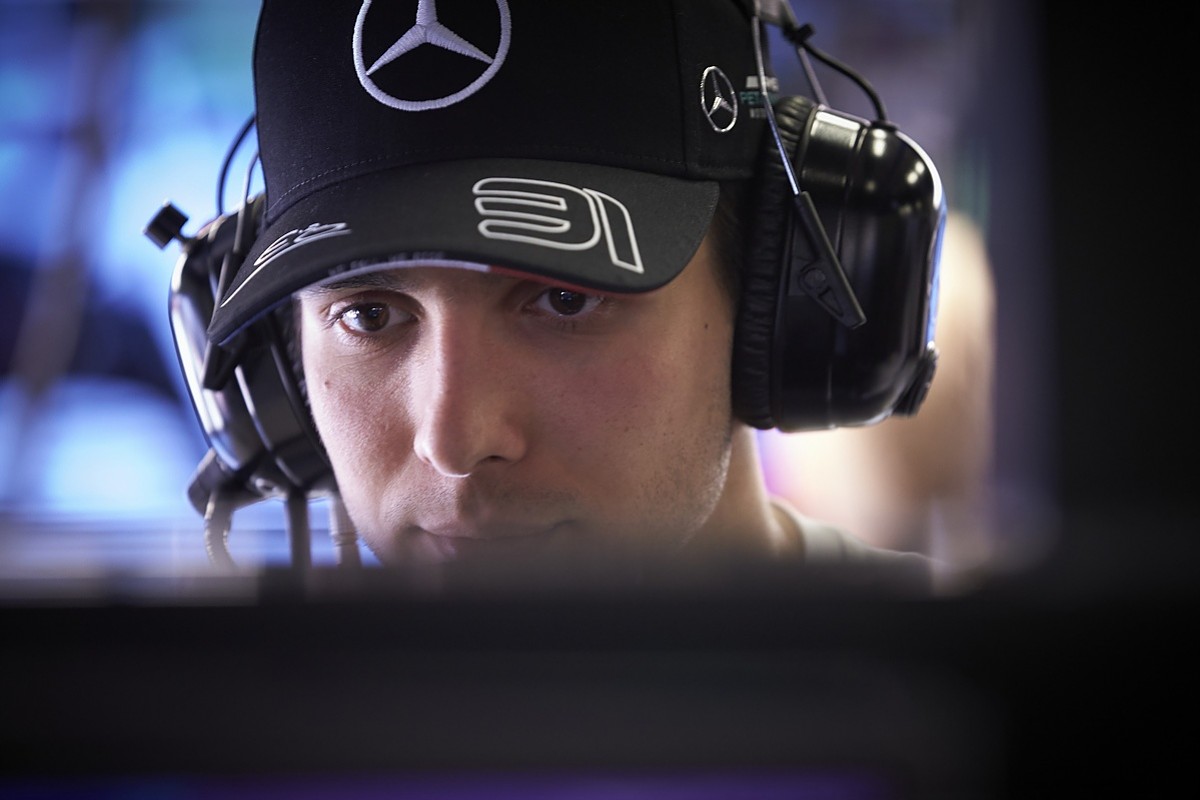 Efforts to get him back into an F1 drive are continuing, and insiders suggest there are a host of options for him for 2020.

Ocon's number one target is Mercedes and Valtteri Bottas is on a one-year contract that means Mercedes has to make a decision on its 2020 line-up in the near future.

Bottas's strong recovery after a difficult 2018 campaign appears to have ended Ocon's chances of stepping in alongside Lewis Hamilton, but Wolff says Bottas still needs to perform to keep his seat.

"Valtteri said to me last year that he has no problem with the one-year extensions although he doesn't like them," Wolff told Autosport. "I think Valtteri merits a seat in F1 and he knows it is down to him and his performances, and we like him very much.

"The first quarter of the season was very strong. He just needs to pick up the bag and continue to perform as he did, and this is what we both - him and us - agree on."

Should Bottas improve his form, then Mercedes-powered chances at Williams and Racing Point would be obvious opportunities for Ocon. 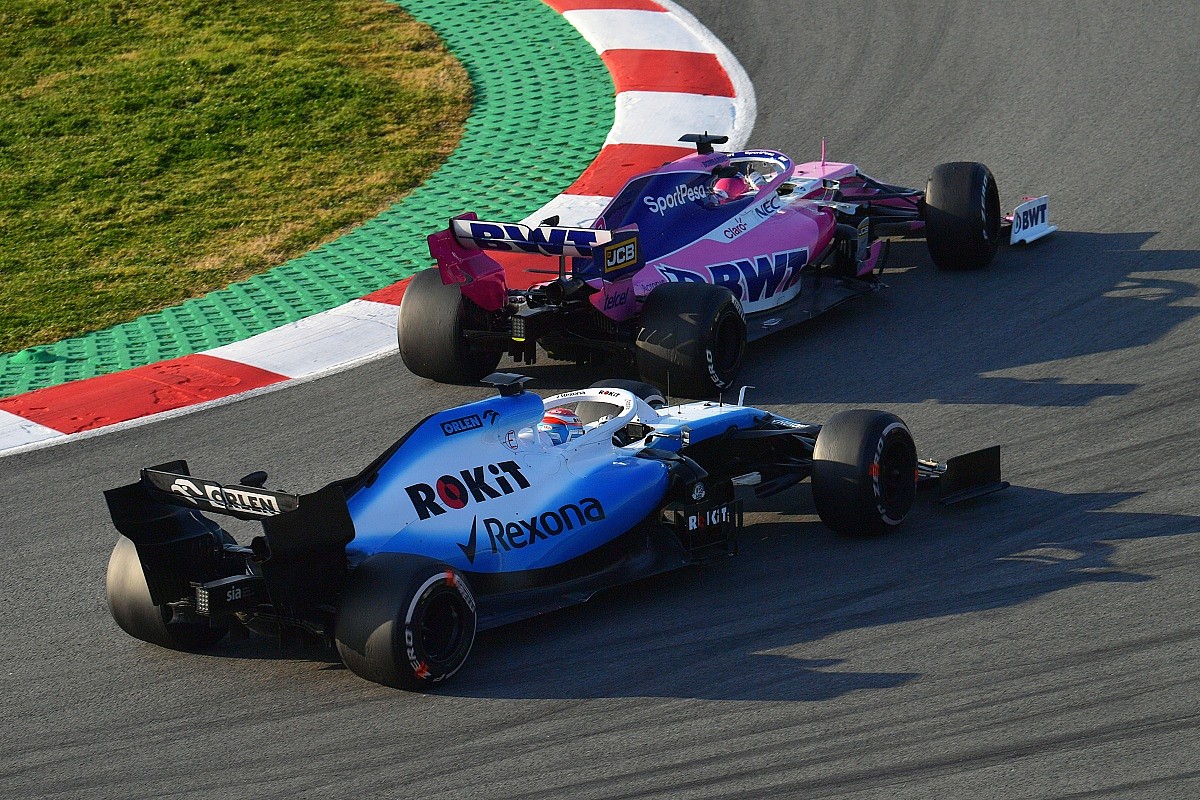 But it is not definite that Ocon needs to maintain his affiliation with Mercedes.

Wolff says Mercedes is willing to cut ties with Ocon if doing so is the best option for his career.

"There is this perception that he is a Mercedes driver, so maybe we need to set the record straight and enable him to pursue his career in a way that respects the investment and the support that Mercedes has given him, and that he respects that very much, but equally doesn't close doors for him," Wolff explained.

Pushed on whether that meant Ocon being released from his Mercedes commitments, Wolff said: "If he drives for another team he is released anyway. He is not a Mercedes driver anymore because if you drive for another team you are signing a contract that you will deliver to the best of your abilities for the other team."

Switching manufacturers could put Ocon in the frame at Renault once again, with the team pondering whether to keep Nico Hulkenberg.

Having a Frenchman on board could be attractive to Renault and Ocon would likely agree to a cheaper deal than Hulkenberg. 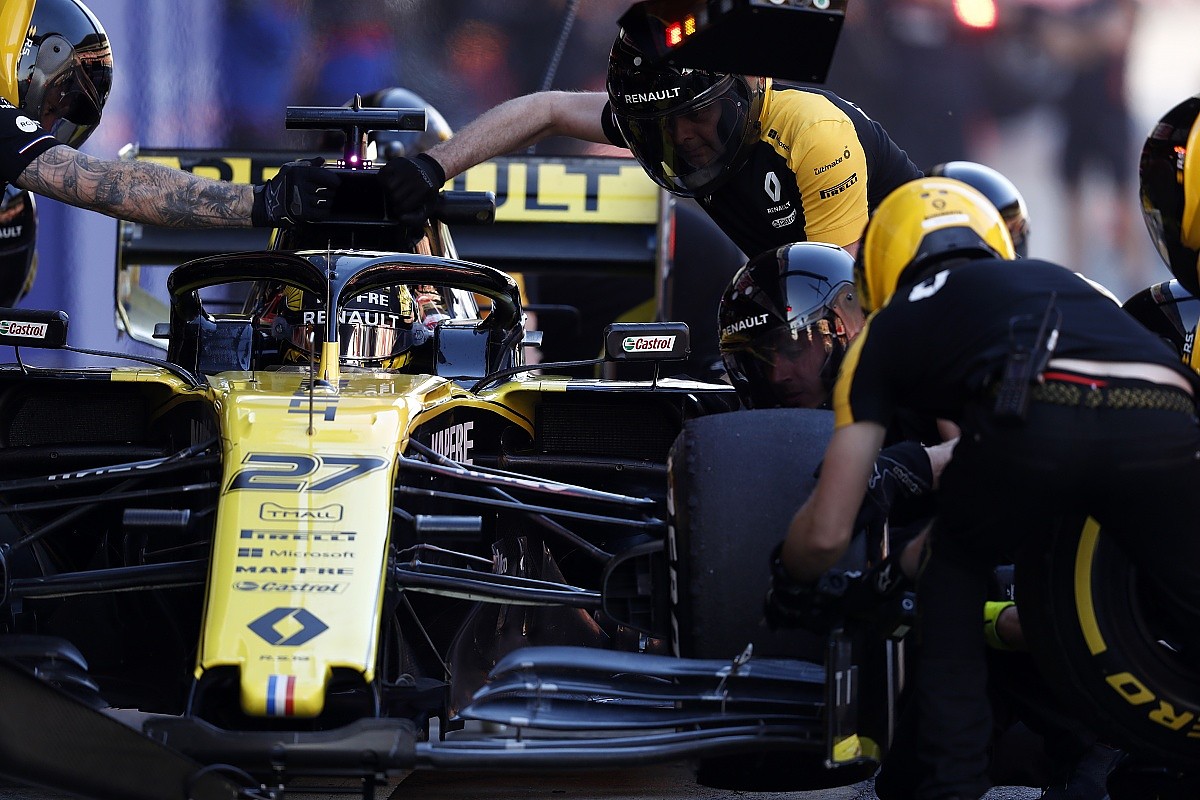 But there could also be an opening for Ocon at Haas as the future of Romain Grosjean is in doubt after a difficult start to the campaign.

Grosjean has scored just two points this year, compared to team-mate Kevin Magnussen's 14, and the team may feel that the time has come for a change to help its cause in the tight midfield battle.

Another option for Haas could be Sergio Perez, who was a contender for a seat in 2018 before he committed to staying at Racing Point.

But Racing Point has had a more difficult season than expected so far. Now 29 and approaching his 10th year in F1, Perez knows that time is ticking on his career and he could face a tough choice this summer for 2020.

Should Perez move on, then Racing Point would be an obvious place for Ocon. But equally, some have suggested that team owner Lawrence Stroll could put together a Canadian 'superteam' and take on Formula 2 title contender Nicholas Latifi - who has also been linked with Williams. He is familiar to both teams, with grand prix Friday and reserve experience from what was then Force India in 2018 and Williams this season as part of his role as a junior driver for that team.

But it's not just the midfield that has the potential for changes, because the front of the grid may not be so settled.

Pierre Gasly's struggles at Red Bull have already cast doubt over his future if he cannot turn his form around over the remainder of the campaign.

Should Gasly get dropped, then Daniil Kvyat's return to Red Bull would seem the most obvious solution. Promoting him from Toro Rosso could then open up another seat, with a return to Red Bull's feeder team for Gasly being unlikely.

Kvyat's re-promotion to Red Bull looks even more sensible with Red Bull's worries about losing Max Verstappen easing after his win in the Austrian GP.

Paddock insiders suggest that Alonso has been sounding out Ferrari

But wild rumours in the Austria paddock even suggested Sebastian Vettel was a contender for a return to the team where he won his four titles based on his more frequent visits to the Red Bull energy station.

Quietly sitting in the background of all this is Alonso, who is pondering his next career step now his McLaren Indianapolis 500 commitment and Toyota World Endurance Championship duties are over. 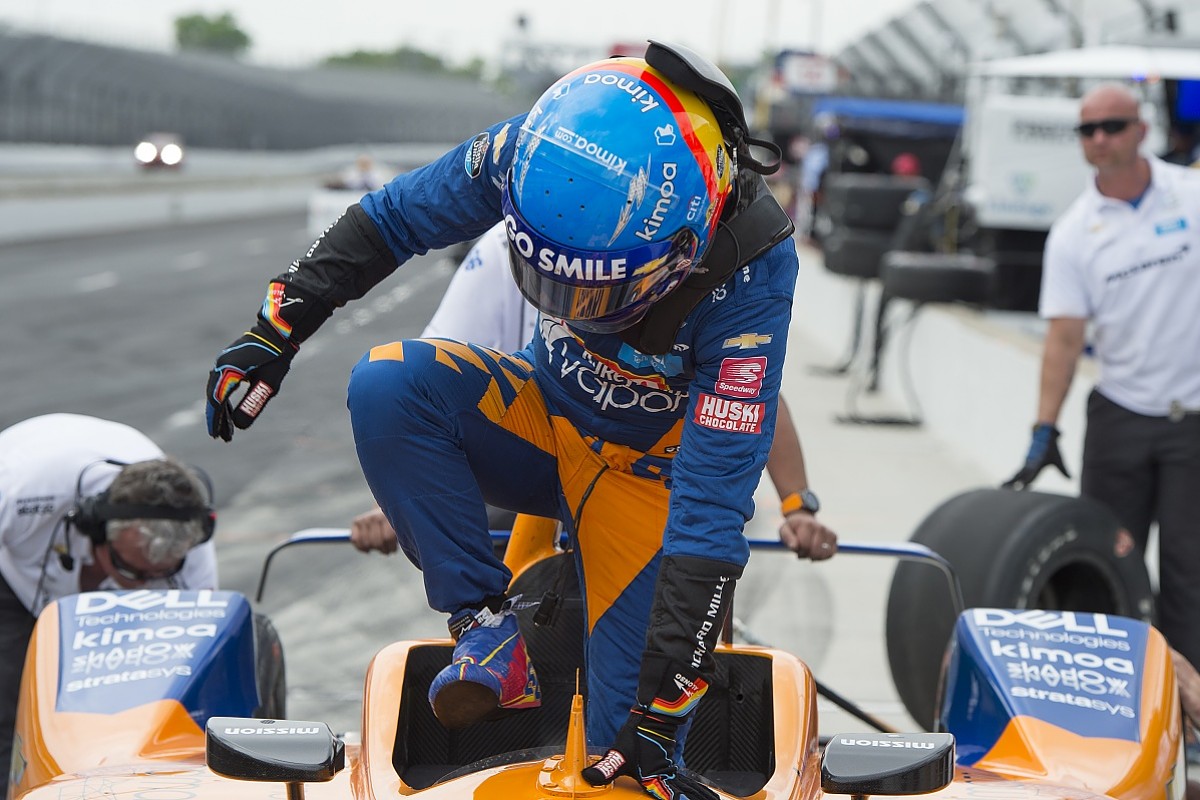 F1 is certainly not a closed door for Alonso, although he would only return to the championship for a car that is capable of fighting at the front. The message coming out of McLaren is that its future is Carlos Sainz Jr and Lando Norris, so there is no opening for Alonso there.

With that route shut off, McLaren would be unlikely to block him from a drive elsewhere. Paddock insiders suggest that Alonso has been sounding out Ferrari, even though the team officially has both Vettel and Charles Leclerc under contract for 2020.

But is Vettel fully committed for next year, or is he having second thoughts about after a difficult campaign? Only he will know.

If Vettel was to move on, there are few instant options that could be slotted in because many top-line drivers are locked-down until 2021.

If a team is after a quick driver who would take a one-year deal, Alonso would not be a silly choice.

An F1 comeback for Alonso at Ferrari would certainly be unlikely but in F1 you can never say never.

As Ricciardo showed last year, driver market bombshells can be dropped at any time. Don't rule out this silly season being just as explosive as the last. 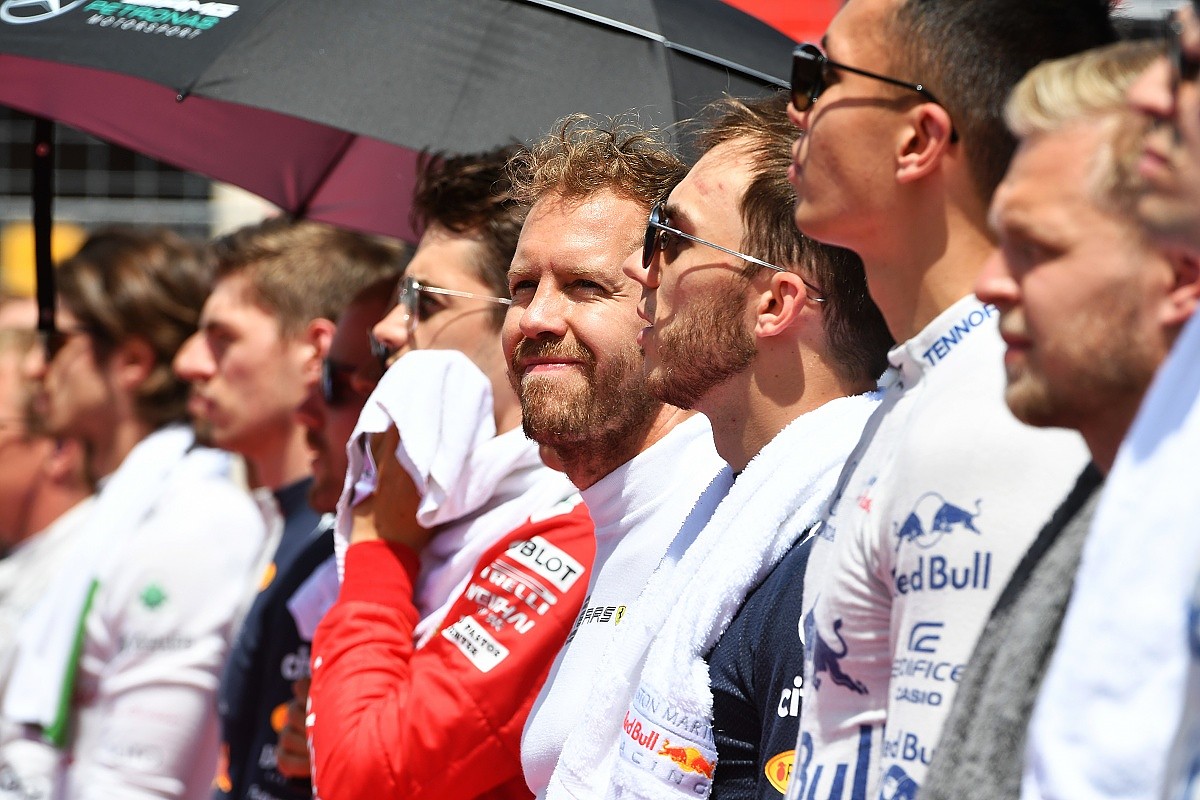