The 1993 Portuguese Grand Prix was significant for a number of reasons - not least Alain Prost's announcement that he was retiring from Formula 1, the day before he wrapped up his fourth world title. But it was a big weekend for a young Finn called Mika Hakkinen, too.

Hakkinen spent the majority of the season on the sidelines, thanks to Ayrton Senna's late decision to take up a race-by-race deal with McLaren alongside Michael Andretti. Honda's withdrawal had left the Brazilian unsure of the Ford V8-powered car's potential, matched against the Williams-Renaults of Prost and Damon Hill, but Senna then won three of the first six races of the season.

Williams dominated the next seven rounds, and with Andretti dropped after the Italian Grand Prix at Monza, despite a podium finish, Hakkinen was in for the final three rounds alongside Senna.

In Friday's first qualifying session at Estoril, Hakkinen announced his arrival by lapping just 0.002 seconds slower than Senna, then trumped that by beating the three-time champion by 0.048s on Saturday.

Had the newcomer caught the three-time champion by surprise?

"A surprise? Definitely!" Mika chuckles today. "I felt the winter testing went alright for him, and as you'd expect it's cold then, so the tyres are quite happy, you don't overheat them so easily. 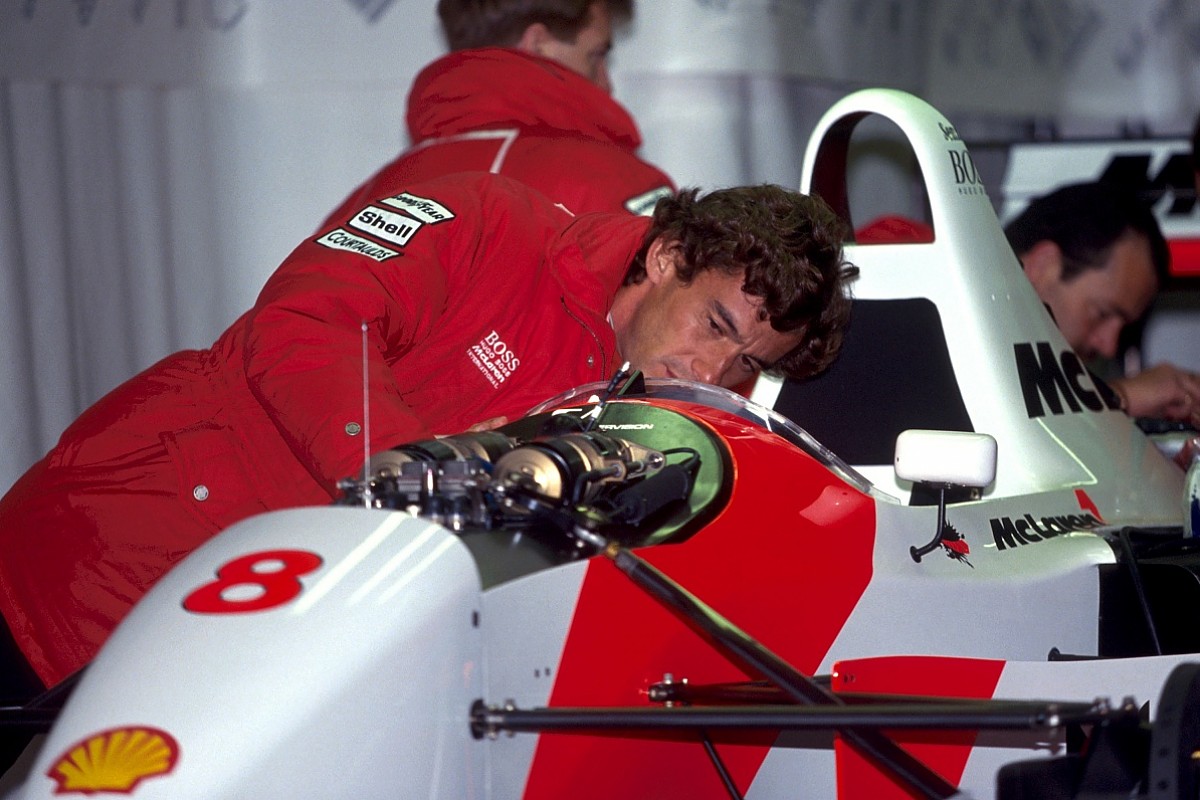 "Ayrton set quick lap times, and I think he felt comfortable and said 'OK McLaren, let's go for it' - although Michael Andretti was not looking so good because of accidents that happened to him.

"After some races, the feeling was that the car wasn't actually that quick, Ayrton was losing a lot of time to Alain Prost, and all the time he was half a second, or one second, behind Alain. He lost quite a lot of motivation.

"Before Estoril, I felt that Ayrton wasn't maximising his performance, and of course his team-mate hadn't been pushing him either, certainly not to the maximum. So then I came next to him in Estoril - and I kicked his ass!"

I realised, right after the Estoril Grand Prix, just how amateur I was at that time, compared to Ayrton" Mika Hakkinen

Senna quickly came to realise that his dashing new team-mate would be no pushover, and even shunted heavily in the race day warm-up session.

Hakkinen would crash out of his first race for McLaren but not before outdragging Prost's Williams off the startline and duelling for the lead with Ferrari's Jean Alesi (below). Senna quickly made a decisive move to outbrake Hakkinen to chase after Alesi, but neither McLaren finished - on top of Hakkinen's shunt, Senna suffered an engine failure. 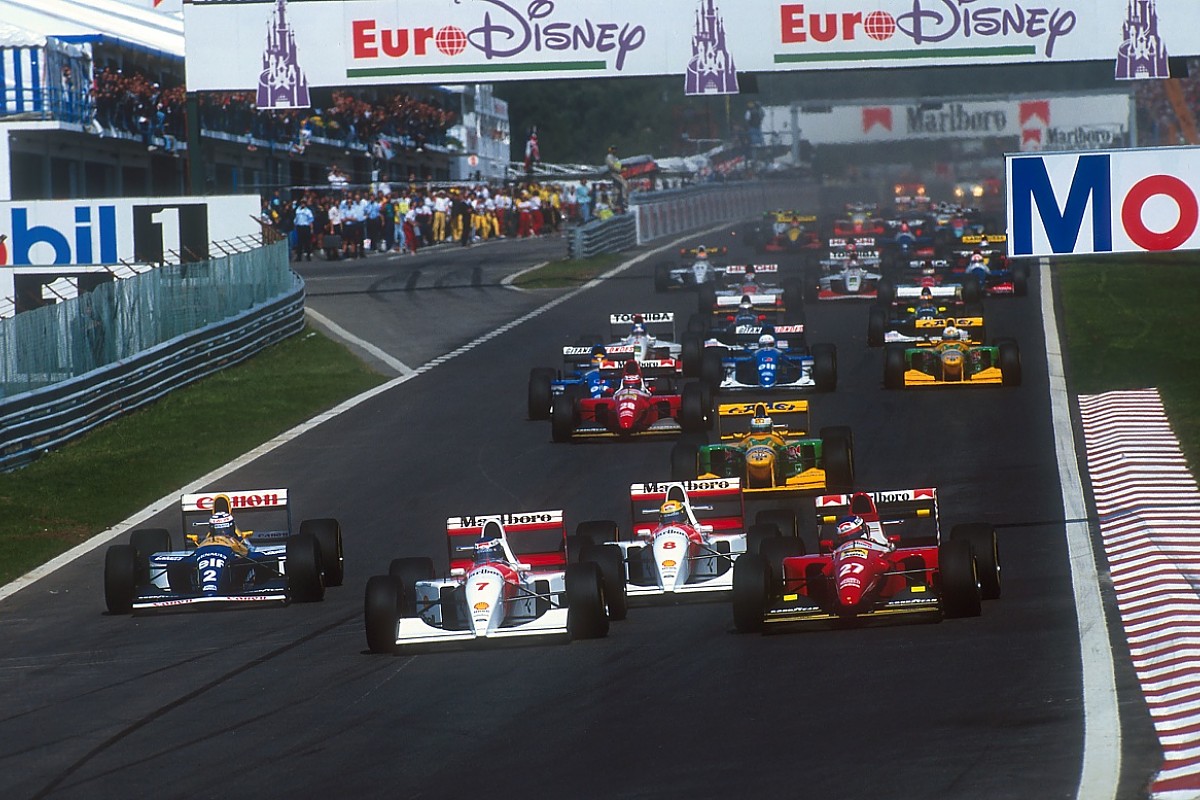 But after that disappointment, Senna went on to win the final two races of the year.

"I think he woke up in a big way," Hakkinen says of the great Brazilian. "There was this three times world champion thinking 'what the hell, is this blond Finnish guy coming to kick my ass?'

"Then the fight really started. He started working very hard, he had an Italian engineer called Giorgio [Ascanelli] and they absolutely maximised the potential of the car - and I realised, right after the Estoril Grand Prix, just how amateur I was at that time, compared to Ayrton.

"He really started working hard and, of course, he made some great results in the last grands prix of the season. Even if we were close in lap times, he was able to maximise his performance much better, he had such a great amount of experience."

Having scored his early blow, Hakkinen was now the one being 'schooled' by Senna.

"Definitely," he agrees. "You really need a good team around you. We both had McLaren around us, but he had his chief engineer, his data engineer, number one mechanic - and it's the way you work, and in what areas technically in the car, that makes the difference. He focused very carefully, I could see that. 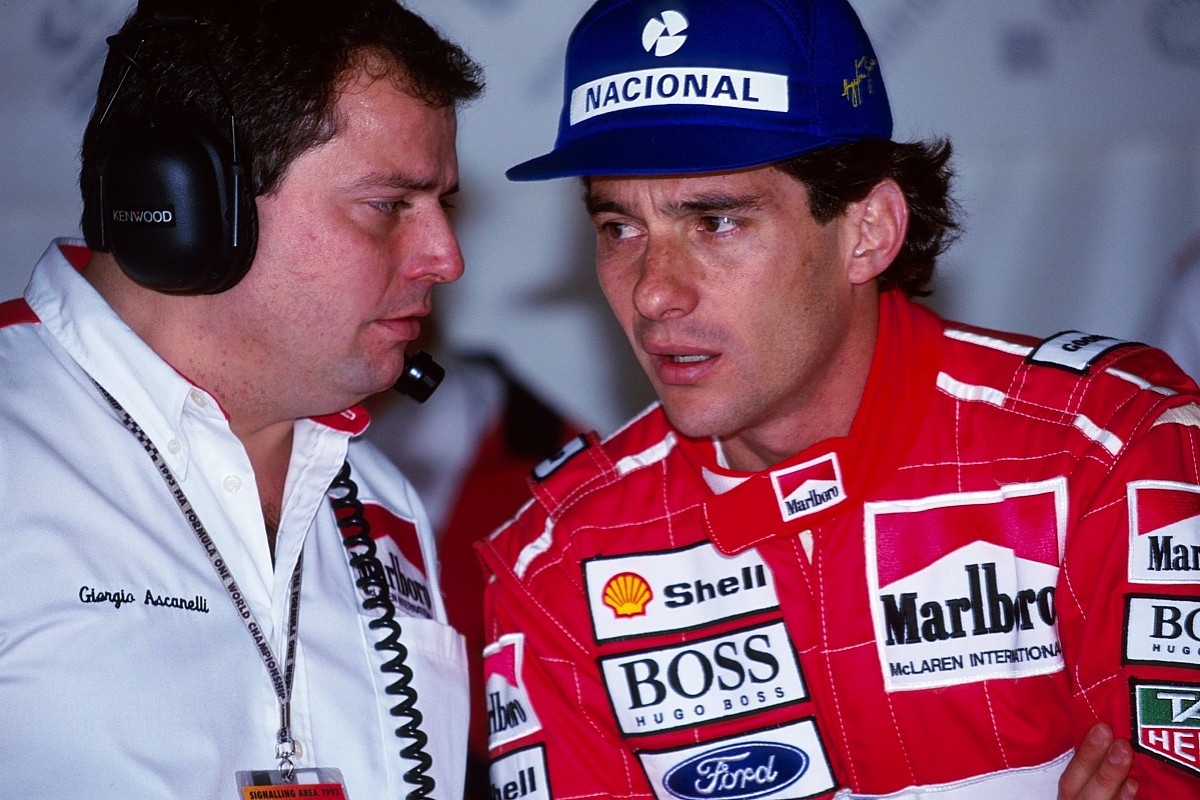 "You cannot have the car perfect in every corner, you need some compromises, but where you have them is crucial, and Ayrton was very good at doing that.

"I learned a lot from him like that: don't compromise the car in a corner where you could gain a lot of lap time, just do it where you won't lose so much time, and your driving talent can fix this.

"You really need to motivate the team all the time. Remember when Ayrton joined McLaren, the car was the kick-ass machine! They were winning almost every race, they were fantastic.

"So for Ayrton to experience McLaren in a situation that was challenging, like '93, but at the end of the day the car wasn't that bad, it just wasn't fantastic.

"So I think when you're in a time when it's not fantastic, in a bad moment, that's the day when you have to work even harder. Good engineers, good mechanics, you have to take care of them, you have to motivate them.

"If you don't get the success, they feel as bad as I felt - terrible! So you have to be a team player, work really hard for your success.

"My opinion was that sometimes he didn't support the people enough in the team at that time."

Hakkinen would score the first Formula 1 podium of his burgeoning career next time out at Suzuka in Japan. How did that feel?

"Incredible," he smiles at the memory, before quickly adding: "Of course I was delighted, but - sorry to use the bad language - I was also pissed off not to win!

"It gave me a lot of confidence, and I felt good that I'd shown the team that I could do it.

"In the circumstances, I was very happy to be there, one of two McLaren drivers, and Alain of course. Standing next to these great champions on the podium, it motivated me." 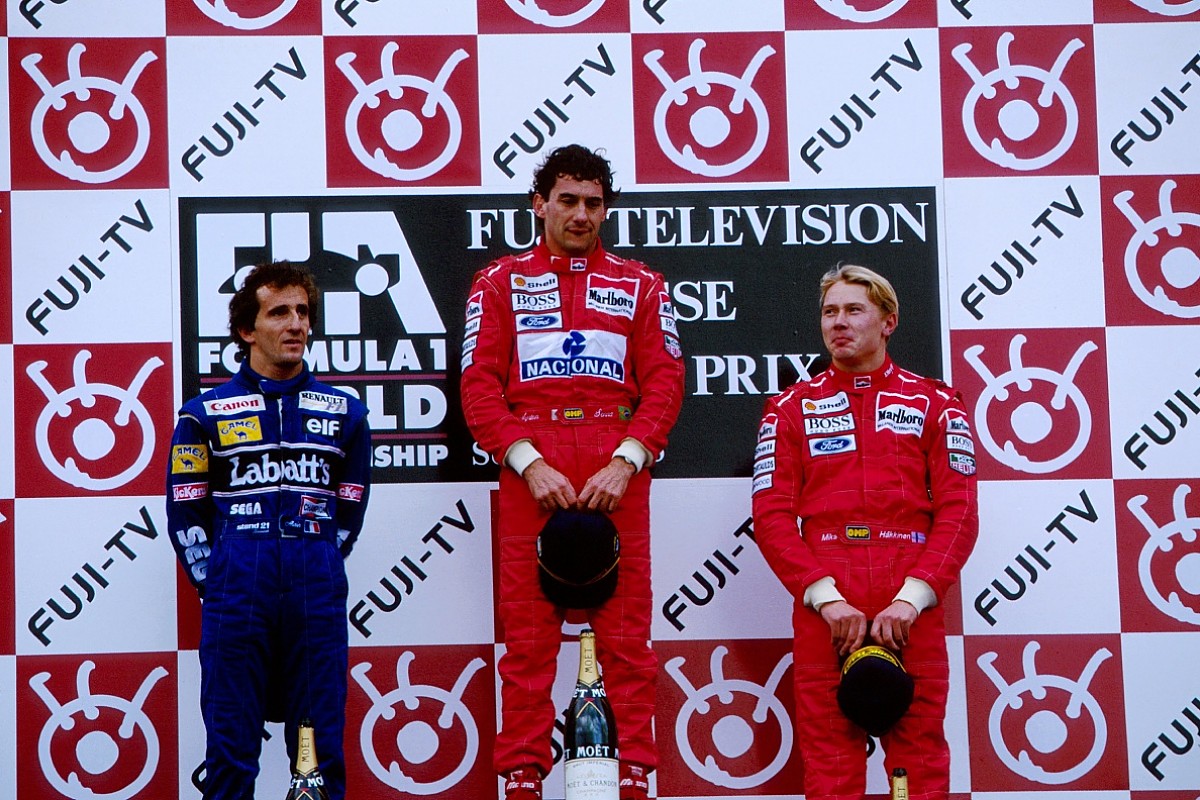