It was only the timing of the announcement, in a hastily convened press conference in Tokyo on Thursday afternoon, that came as a surprise.

Amid the hullabaloo about reviving the legendary McLaren-Honda alliance and talk of the great legacy, there was an elephant in the room: namely, the dismal failure of the Japanese manufacturer's last venture into grand prix racing.

Honda returned to the sport after a seven-season absence in 2000 as engine supplier to BAR. Although there was a second supply for Jordan in '01 and '02, it was on the Brackley team that Honda pinned its hopes.

In the early years, things went pretty well. BAR was an emerging outfit made to look worse than it was in light of the bold fanfare of its arrival, and by 2004 it blossomed into the second-best team in F1.

Now, that year the second-best team in F1 didn't actually win any races thanks largely to the dominance of Ferrari, but it was still a strong season thanks to Jenson Button's 10 podiums.

Then, Honda decided it wanted to get involved in team ownership.

It would be simplistic to declare that things went wrong for Honda purely because it got involved in the business of running a full works team rather than concentrating on engines, but there is a lot in that.

After acquiring just under half of BAR in 2004, it bought the whole show in '05, leading to it being rebranded simply Honda in 2006. There were plenty of distractions, not least the political maelstrom over the mooted manufacturer breakaway, the two-race ban in 2005 for using fuel as ballast, and the tug-of-war with Williams over Button's contract.

After recovering well from a disastrous start to the '05 season, the team scored heavily in the second half of the year and had another good campaign the following season, with Button's win in Hungary the high point.

Then came disaster. The 2007 Honda was, pound-for-pound, one of the worst grand prix cars ever made, with an unhealthy habit of combining being draggy on the straights with not generating consistent downforce in the corners.

Button and Rubens Barrichello talked about the car not only being uncompetitive, but desperately inconsistent, understeering one lap, oversteering the next at the same corner. It was, in short, a shed.

In came Ross Brawn, writing off the 2008 season to hit the new skinny aerodynamic regulations coming in the following season hard. The result, thanks to Honda withdrawing at the end of that year, was the championship-winning Brawn BGP 001.

There is absolutely nothing for the returning Honda to learn from what happened car-wise during the final years of its works team, as this time the chassis is emphatically McLaren's responsibility. But there is one vital lesson that must be heeded.

To understand exactly what it is, let's speculate as to what might have happened had Honda not pulled out. Well, the '09 Honda would have been quick and a massive stride forward from the desultory machines of '07 and '08. But would it have won the world championship?

It's a harder question to answer than you might think. The Mercedes V8 that powered the Brawn was a better engine than the Honda unit. That is a matter of fact. While Honda was not miles behind, it's no secret that it was not as strong.

Let's say, hypothetically, that the 2009 Brawn had been a Honda. There is no science to this, but let's speculate that it would have won a few races. And, thanks to the weaker engine, fewer than the eight that Brawn won.

Perhaps that would have been enough for second place in the constructors' championship behind Red Bull (with the possibility of Sebastian Vettel having won his first title a year earlier).

In itself, that second place would have been a stunning achievement and everyone would have hailed Ross Brawn, even if the drop-off in form during the season was a concern.

However, were you to somehow co-opt a parallel universe to run the 2009 season with a Honda and compare it to what happened with a Brawn, the former would very possibly not have resulted in the title. And that relative engine weakness is at the heart of what Honda needs to address.

It's not even an engineering problem as such. There is no doubt about the quality of Honda as an engine designer and builder, and the green technologies being incorporated will be right up its street. And without the distraction of running a team, we can take it as a given that its 1.6-litre V6 turbo will be a serious piece of kit.

But there is another factor that will dictate its success: politics. Once the engine freeze was introduced in 2008, specifications were locked. As part of that package of rules, there was a vaguely-expressed intention to keep the engines within a couple of per cent of each other on performance, the idea being that nobody would be locked into a disadvantage.

Remember how often Renault complained about its engine performance? Well, it was allowed to make some tweaks. It wasn't the only one, but Honda, in common with Toyota, was wary of making any public admission of weakness or lobbying for change. After all, in Honda's case, this is a company built on its engine prowess.

The exact details of the engine homologation for the new formula are yet to be finalised thanks to F1's unique inability to get its ducks in a row in terms of the rules. But there will be restrictions. This will not be the all-out money-no-object development war that Honda won in the second half of the '80s. It will have to play politics as well.

Honda's return to F1 will be a success. It would not have been given the green light if there wasn't complete certainty that the resources are in place to thrive.

Why else would Honda president Takanobu Ito have confronted the elephant in the room during the press conference?

"Personally, it was very disappointing that we had to withdraw from Formula 1 the last time without accomplishing satisfactory results," he said. "I regret that we could not meet the expectations of our fans."

If they play the politics right this time round, there is no doubt those sky-high expectations will be met.

That's why McLaren-Honda's rivals have good reason to fear the renewal of an old Anglo-Japanese alliance. 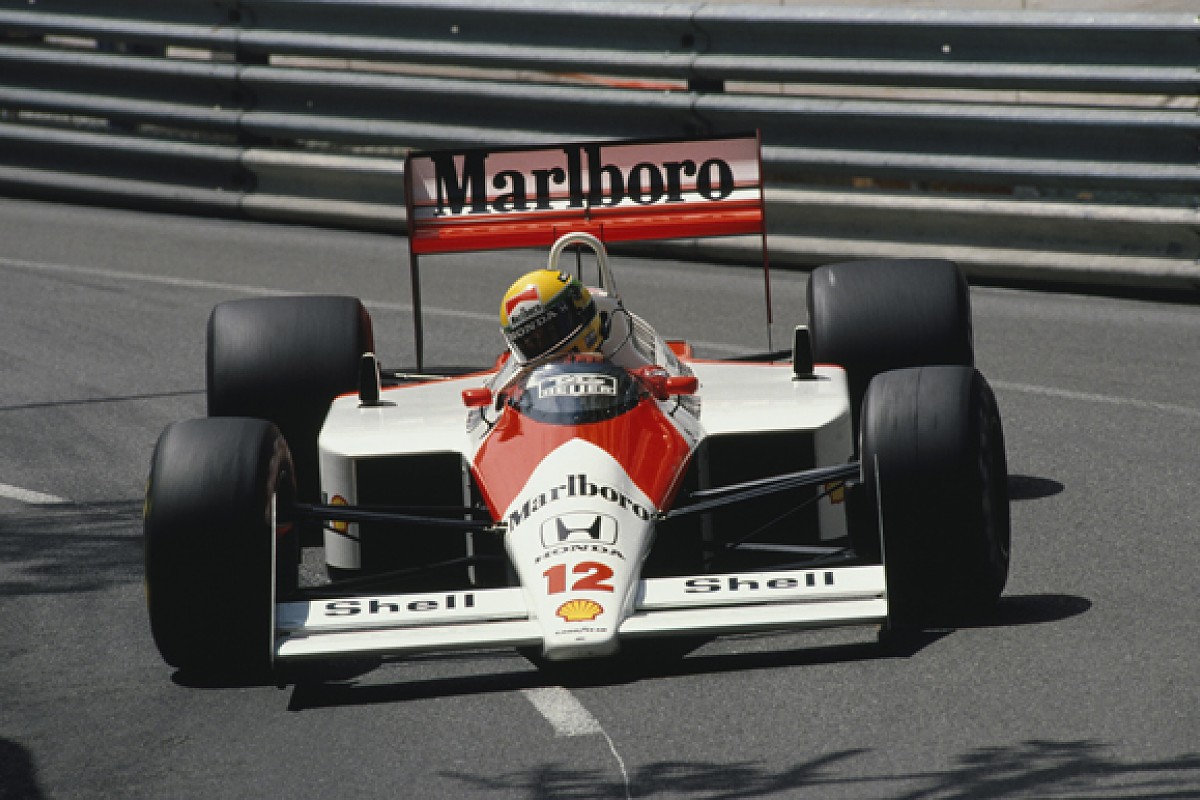