The Spanish Grand Prix assumes near-talismanic status during the early races of a grand prix season. For those who are struggling, it's a far-off point that should be waiting for until they can be judged, and those at the front cite as a fearful day on which their advantage might be eroded by others' progress.

History suggests that, usually, the die is already cast well before Barcelona. Even with the unpredictable nature of the initial stages of 2012, heading to the Spanish Grand Prix the points table had a very familiar feel, with Sebastian Vettel and Red Bull topping the drivers' and constructors' championship respectively.

As always, Red Bull will have a litany of aerodynamic upgrades for the Circuit de Catalunya, a track that traditionally flatters the best cars. A few years ago, rivals were shocked to see the Red Bull drivers taking the rapid right-hander at Campsa a gear higher than the rest, and it's no surprise the squad has won two of the last three Spanish GPs.

Red Bull plays its cards very close to its chest when it comes to talk of new parts, which means that heading into the weekend the focus will surely be on its drivers.

Going back to the start of 2010, there has been a slew of reports about Mark Webber's impending retirement, which to date has failed to come to pass. These stories have cropped up once more, and with the wounds of what happened in the Malaysian GP still fresh, the dynamic between him and team-mate Vettel will inevitably flare up as a talking point yet again. 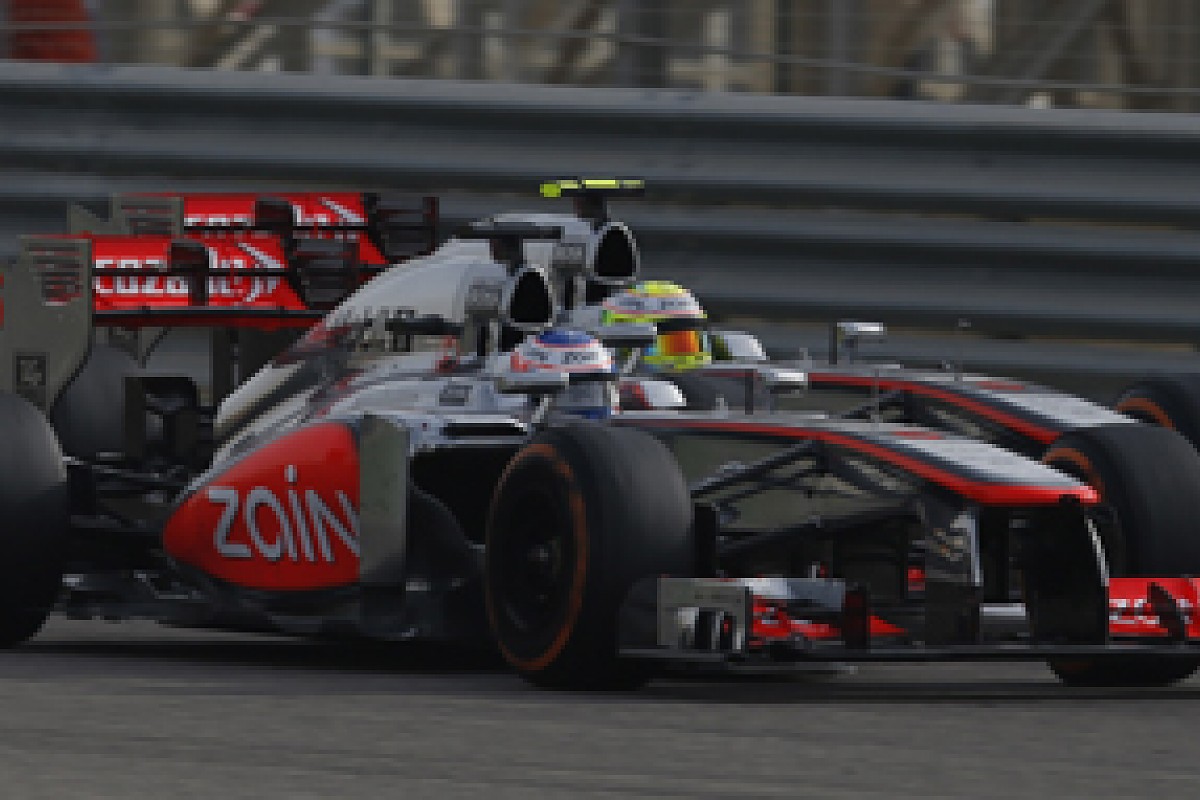 It isn't just at Red Bull that there's been friction between team-mates. In Bahrain, Jenson Button was very unimpressed with fellow McLaren driver Sergio Perez's robustness in battle, leading to a clear-the-air meeting with the team after the race.

The nature of the racing, with high-degradation rubber and the DRS making overtaking easier and causing each driver's pace to ebb and flow throughout a grand prix, there's every chance that they will cross swords again in Spain.

Button won't have been impressed by Perez outperforming him in the race in Bahrain, as much as anything, so will be determined to stamp his authority inside McLaren.

Mercedes, too, had a relatively low-key team orders 'row' in Malaysia, where Nico Rosberg was ordered to stay behind the slower Lewis Hamilton. Both drivers said the right thing post-race, but inevitably Rosberg will be keen not to repeat that situation.

As for Ferrari and Lotus, neither has had any kind of team orders controversy... yet. 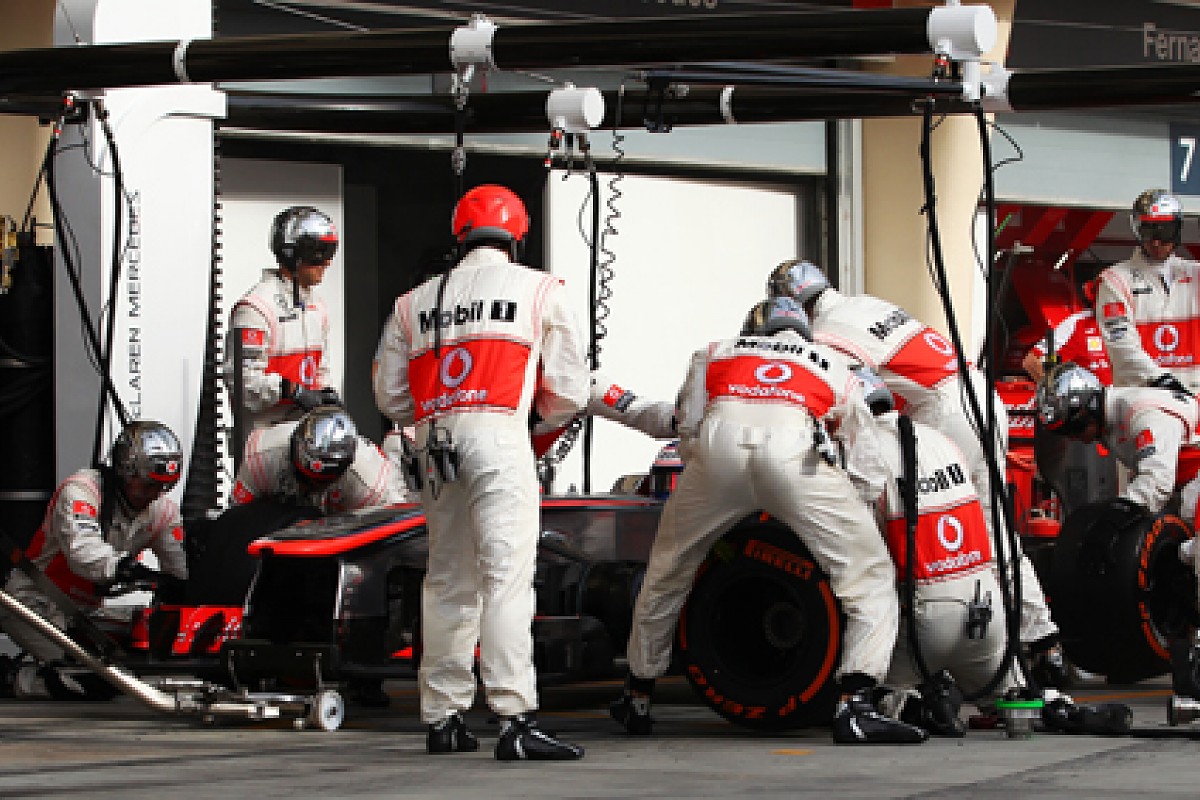 Considering the shortcomings of its car, McLaren didn't do a bad job in the first four races of the season.

Button has been ever-present in Q3, but now is the time to make a clear step forward. A major upgrade will run for the first time during Friday practice, featuring aerodynamic tweaks and possible changes to the exhaust.

How effective this package is, how closely it meets McLaren's expectations, will define the course of the rest of the team's season. If it's a misstep, the squad might just as well focus on its 2014 car. But if it's a stride forward, developing the car to the point where podiums - and maybe the odd win - are on the cards becomes possible.

But from where McLaren is now - more than one second a lap back on pure pace - there's a long way to go. 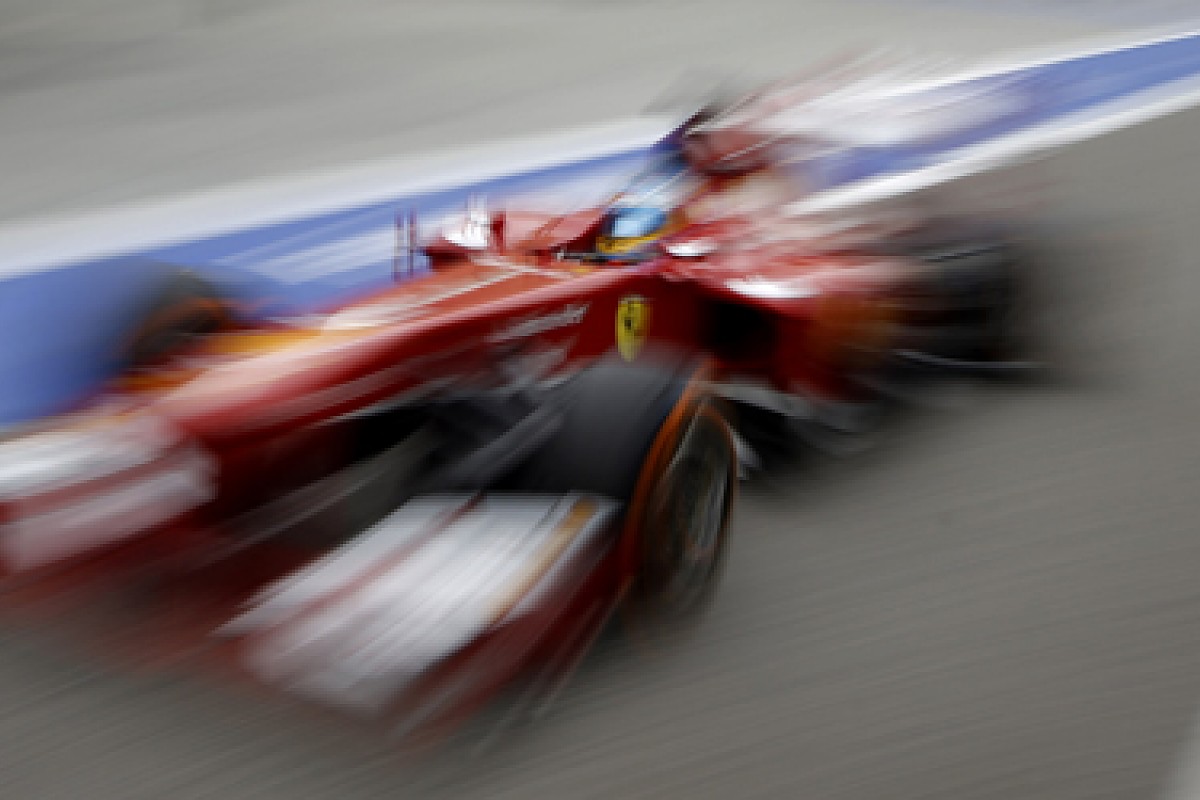 For some time now, Ferrari personnel have been banging the 'improving qualifying' drum. While the car is slightly sharper on Saturdays than it was at the back end of last season, it's still not quite there.

Just like its rivals, Ferrari has produced an upgrade package for Barcelona, with the focus on finding more rear-end grip. During testing the car was visibly running out of rear grip in the long Turn 3, so it'll be interesting to see if it's improved since then.

For the sake of Fernando Alonso and Felipe Massa, Ferrari will be hoping it has.

LOTUS STAYING IN THE HUNT 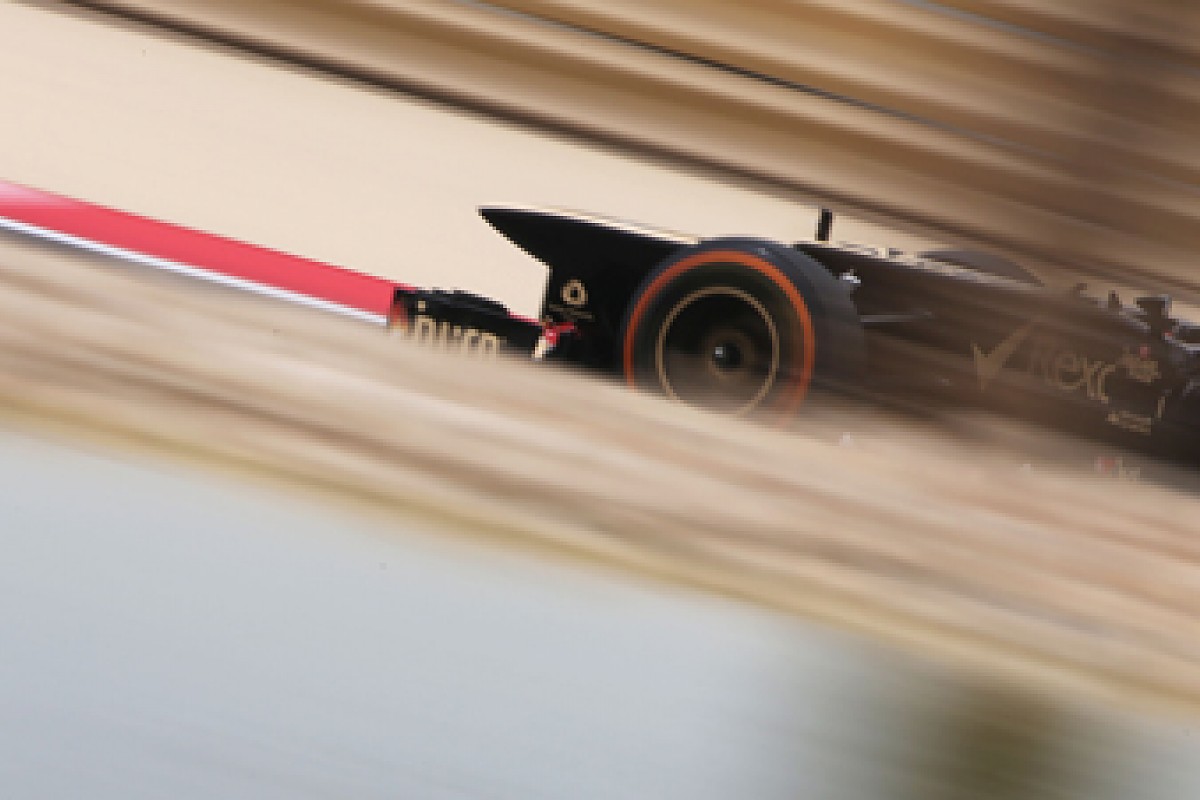 Kimi Raikkonen is second in the drivers' championship, with Lotus holding the same spot in the constructors' standings, but neither team nor driver is under any illusions. The car needs to get quicker to stay where it is because the team cannot count on making two stops compared to the other frontrunners' three in every race this season.

In Spain last year, Lotus had the car to win, but its strategy didn't quite come off and Raikkonen simply surged to within a few seconds of Pastor Maldonado and Alonso in the final laps. This year, with a perfect weekend, a second win of the season is still possible.

The Lotus is certainly a rapid, nimble, driveable car. The question is whether it can be a winner on sheer speed as well as on strategy, especially with Pirelli opting for the medium and hard compound this weekend, rather than taking the soft. 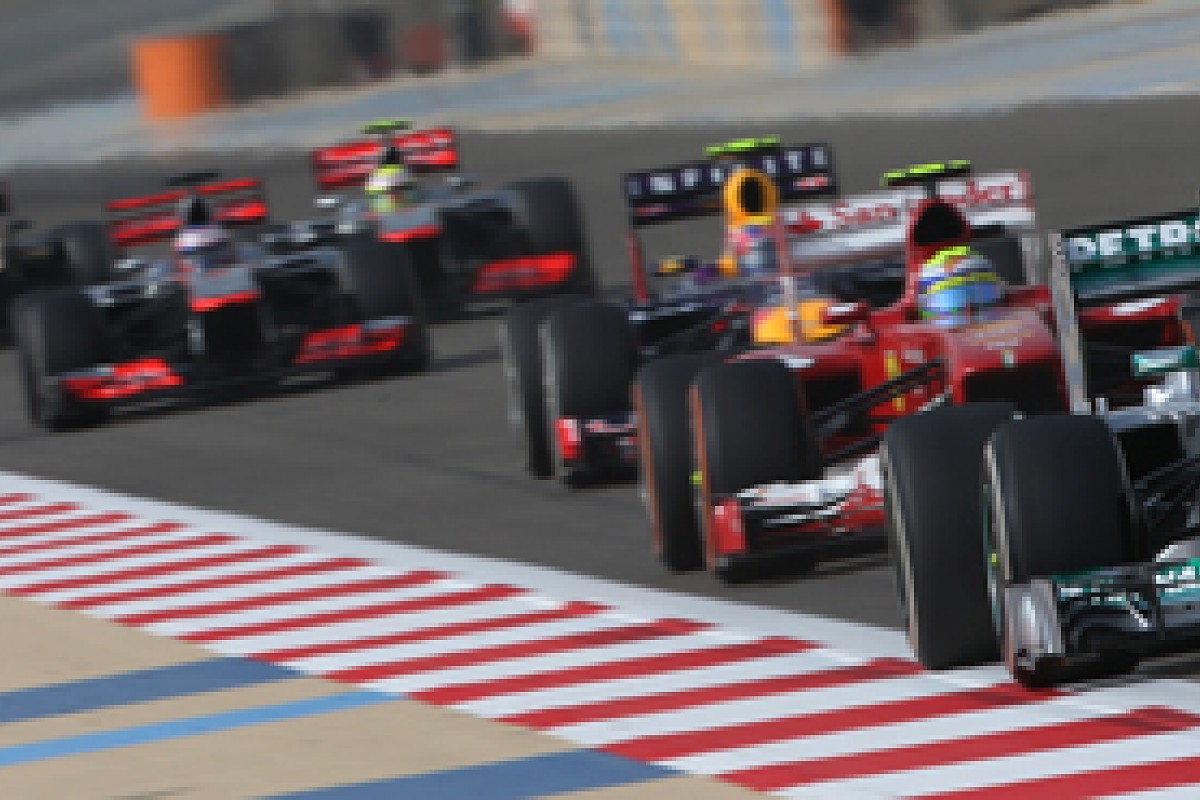 Rosberg's pole-position lap in the Bahrain GP served only to expose the scale of the problems Mercedes faces with tyre degradation.

The team expects a step forward in Barcelona, but not for the rear-tyre-use problem to disappear completely.

Hamilton has spoken of his belief that Mercedes can challenge for the title. In Spain, we'll get a clear indication of whether it can really sustain such a challenge. 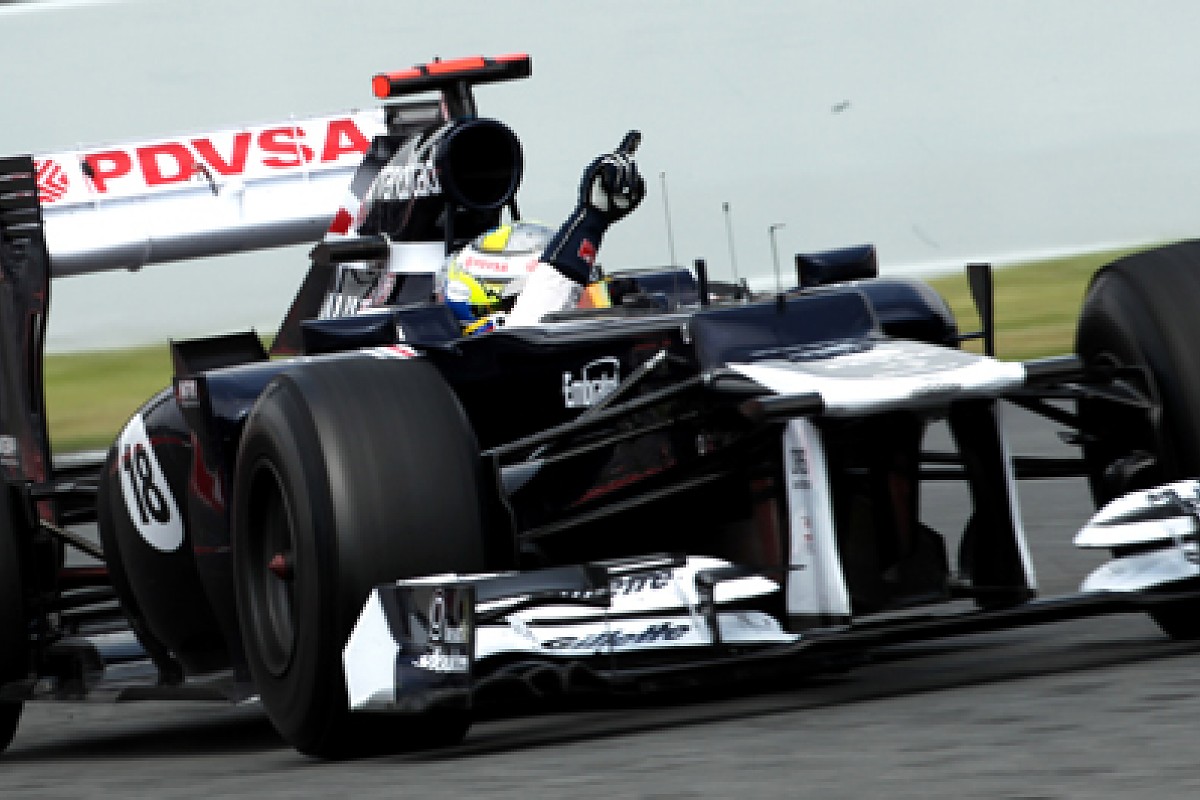 In 2012, Williams claimed a shock victory in the Spanish GP courtesy of Maldonado. This year, the idea of a Williams-Renault being in the mix at the front is laughable given its poor start to the season.

Less than two-and-a-half months ago, Maldonado couldn't contain his excitement at the promise of the new car but it soon became clear that Williams was struggling.

In Australia, he described the car as "undriveable" and he's not changed his position since. Key to turning things around is finding more downforce from the Coanda-effect exhaust and troubleshooting some of the problems with the mechanical platform that have made the car so difficult.

So deep are the team's troubles that if the upgrades allow Maldonado or Valtteri Bottas to get close to Q3 and score a solitary point, it will be deemed a significant success. 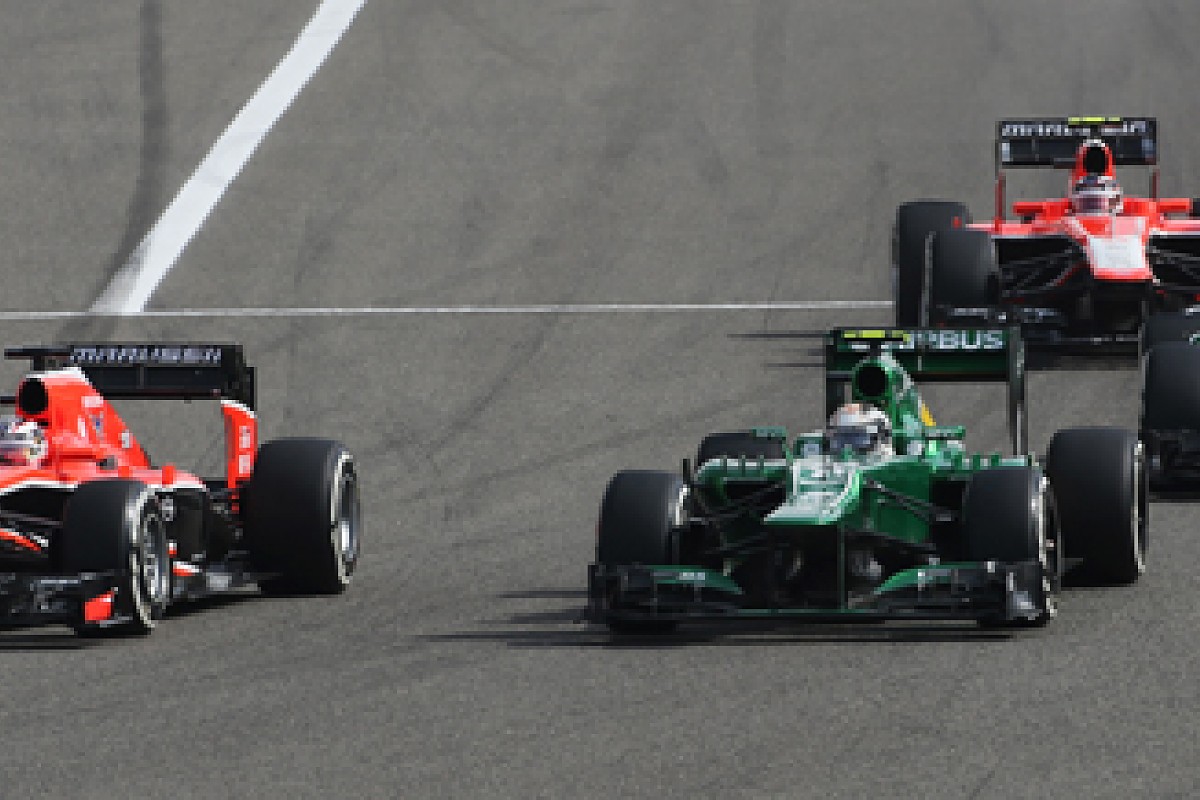 In Bahrain, Caterham made a significant step forward with the upgrade package run on Charles Pic's car.

So dramatic was the step - worth as much as half-a-second - that Pic crushed both Marussia drivers and finished within touching-distance of Daniel Ricciardo's Toro Rosso. The main change to the car was a new rear wing, but this was just half of a package originally scheduled to appear in Spain. This weekend, we will see the rest of the upgrade.

With Marussia also bringing upgrades, the battle at the back will be fascinating. Was Caterham's advantage boosted by the fact that the Marussia team traditionally struggles in Bahrain, or has it been left behind?

Barcelona will reveal all.