Imagine ending up on top in the 2013 FIA Formula 1 Constructors' World Championship (and, for that matter, the drivers' division) in the knowledge that three teams you beat hands down in the opening grand prix of the season each stand to earn more in 'Bernie [Ecclestone] Money' - the teams' share of the sport's billion-pound annual revenues - even if they fail to score another point all season.

Equally, imagine beating Ferrari, Red Bull and McLaren in the constructors' championship and not being eligible for any form of payout, despite having borne the full brunt of freighting cars, kit and personnel across the world while your competitors have the cost of transporting two chassis, 10,000kg of airfreight and 20 economy class tickets covered by the commercial rights holder, Formula One Management - per flyaway grand prix...

As things stand, those are the very real scenarios facing Lotus and Marussia respectively through to 2020, and while the latter situation is highly unlikely to arise (certainly in the short term), the chances of the black-and-gold team lifting team honours come Brazil are not beyond the bounds of possibility.

Should Lotus fail in its immediate quest, it could certainly come up trumps in any of the subsequent seven years, yet find itself similarly disadvantaged.

Being Formula 1, the sums are not insignificant: assuming revenues this year of approximately $1.5 billion (£1bn), Lotus could expect to receive around $80 million from FOM (headed by Ecclestone on behalf of majority owner CVC Capital Partners), while a 10th-placed Ferrari stands to scoop well over $100m - even if the Scuderia fails to score a point all season!

According to sources with intimate knowledge of various agreements struck last year between the commercial rights-holder and 10 teams - Marussia has inexplicably been left in the cold - as a precursor to Concorde Agreement* negotiations, Red Bull is on a basic payday of approximately $80m a year for the 2013-20 period, with McLaren on around $20m less. Add in what is officially termed Schedule 10 money, and the earnings of this elite group skyrocket further.

As outlined here, Concorde consists of 12 schedules, with 3, 9 and 10 being the most important as they define a constructor, specify the sport's governance procedures and outline the revenue structure respectively.

Where the 2010-12 agreement included three payment 'columns' in Schedule 10 - the final column providing for $30m annually to be split equally among the three new teams (then Caterham, Marussia and HRT) - the latest 2013-20 draft agreement specifies just two, referred to as Columns 1 and 2.

However, the revenue split, apart from the demise of Column 3, remains as per the outgoing agreement, namely that 47.5 per cent of the Formula One Group's annual underlying earnings before interest, tax, depreciation and amortisation (EBITDA) are awarded to qualifying teams.

FOG's revenues are derived from three basic streams: race hosting fees, which, at an average of $30m a pop (although decreasing as promoters press Ecclestone for 'discounts' due to the prevailing economic climate) contribute around $600m a year; broadcast contracts, which contribute about the same again; and 'other' - made up of a mix of hospitality/Paddock Club, race programmes, 'bridge and board' signage deals, licensing and merchandising - in total worth $300m a year.

There are indications, though, that Ecclestone is currently restructuring FOG's hospitality activities, for on March 14, as F1 assembled in Melbourne without him, he registered Formula One Hospitality and Event Services Ltd, a company incorporated with himself and two each FOG and CVC personnel as directors. One wonders why the registration at such a crucial time...

However, back to the money trail: Column 1 revenue is made up of 50 per cent of the amount referred to directly above, divided equally among teams who finished in the top 10 of the constructors' championship twice in the previous three years, while Column 2 money is awarded on a sliding scale (from 19 per cent down to four per cent) to the top 10 teams in the previous season.

Saliently, the 'missing' 2.5 per cent is matched by FOM and awarded to Ferrari on historic grounds, and is over and above any premium - ultimately dwarfing Red Bull's premium awarded on the basis of three consecutive titles - negotiated separately with FOM.

McLaren's premium is believed to be approximately $20m less on the grounds that the team has not won a constructors' title this millennium despite having an illustrious history. So much for heritage when it comes to hard cash...

Thus, should one of the top three, collectively known as CCB teams (Constructors' Championship Bonus), take the top trophy, its subsequent rewards would be around $200m, $180m and $160m respectively, depending upon 'pot' size.

Imagine, now, what Eric Boullier and co could do with an additional $500m (minimum) spread over seven years; imagine the serious threat to the established order his team could mount with what effectively equates to a title sponsor that makes no livery demands.

Lotus is by no means unique: the team finds itself on the same basic terms as Sauber, Force India, Toro Rosso and Caterham despite winning the 2005/6 world titles as Renault.

This raises questions about Mercedes and Williams. They, too, negotiated preferential terms, although by the nature of their recent performances (and regular name changes in the former's case) their premiums are rather more modest: allegedly $12m a year rising to $15m from 2015 for the German-owned outfit.

However, it was not all plain sailing for Mercedes, for the deal was agreed only after the board held out until September for a better deal. The process is believed to have included an element of anti-trust discussions and the appointment of Ecclestone's trouble-shooter (and former driver) Niki Lauda as non-executive chairman of the operation.

Sir Frank's team rides on the back of its undeniable sporting heritage - but, again, terms were agreed only after some hardball. It is hardly coincidental that the final offer was confirmed only after Williams plc chairman Adam Parr - a vociferous opponent of a revenue distribution structure that has teams sharing just 47.5 per cent of F1's revenues, with the CRH retaining the balance after aforesaid premiums - tendered his resignation.

This could, of course, be construed as a backhanded compliment for Parr, for it can be inferred that Ecclestone was that desperate for F1 to be rid of this highly intellectual outsider who challenged the established order that his departure from the team he led was worth an estimated $80m over eight years to the CRH...

More important, though, is that the additional sums were allegedly made available to Mercedes (which has no recent history of success in its own right) and Williams (which last won a world title in 1997, and scored but 11 victories this century, the last being the first in eight years) after the balance of teams had signed up to Ecclestone's various offers on the basis of equal treatment for all bar the top three (and Marussia).

Thus the disadvantaged teams view this as a material breach on the basis that Mercedes and Williams start each season at least $10m up - about what the average pay driver or A-list sponsor shells out - and have started "kicking back" (as one team boss described the process to this column in Malaysia) against the additional payments.

In fact, said team principal plus two others indicated that they were pushing for a total renegotiation as the terms they had agreed to have effectively changed significantly - certainly with regard to their immediate competition.

Already the process has begun, with teams' financial officers and legal counsel consulting with each other, and a meeting of disenchanted team principals is planned for Shanghai.

That something is happening behind the scenes is obvious, for Ecclestone is a past master at diversionary tactics, throwing all sorts of unlikely scenarios at his parrots who then scatter them about when he wishes to hide some real issues. And so it was this week, with him suggesting that the 2014-on eco-friendly V6 turbo engines may be fitted with sound enhancers to hide their aural qualities - a sort of high-tech card-in-bicycle-spokes concept!

Seems an Ecclestone ally, to wit Ron Walker of the Australian Grand Prix Corporation, fears the muffled turbo engines will disenchant more fans than even his own astronomical ticket prices - yet the Melbournian failed to question how it could be that in 1983, at the height of the turbo era, stands across the world were packed chock-full as flag-waving fans witnessed Ecclestone's turbocharged Brabham-BMW team take the drivers' world championship...

At the root of this utterly inequitable revenue distribution system, which sees half the grid start each season with at least one hand tied behind their respective backs (both in Marussia's case), lies the absolute determination of CVC to ransack F1 for its own ends, to wit maximising returns on behalf of its shareholders - a strategic element of which is its planned listing on the Singapore Stock Exchange. Long-term, lucrative contracts are a vital cog in this wheel.

Thus CVC has adopted the classic vulture fund modus operandi of restructuring its cash cow, much as it reorganised a raft of companies within its vast portfolio (including, for example, Samsonite) ahead of their listings.

The crucial difference, though, is that the luggage company manufactures hard products, whereas F1 was built on passion - over a period of 60 years. As CVC is bound to discover sooner rather than later, you restructure passion at your peril.

* The Concorde Agreement outlines the commercial, technical and governance obligations of the governing body (FIA), FOM and teams collectively. The 2013-20 covenant is currently under negotiation.

Any wonder Lotus et al believe they wage battle with one hand tied behind their respective backs? 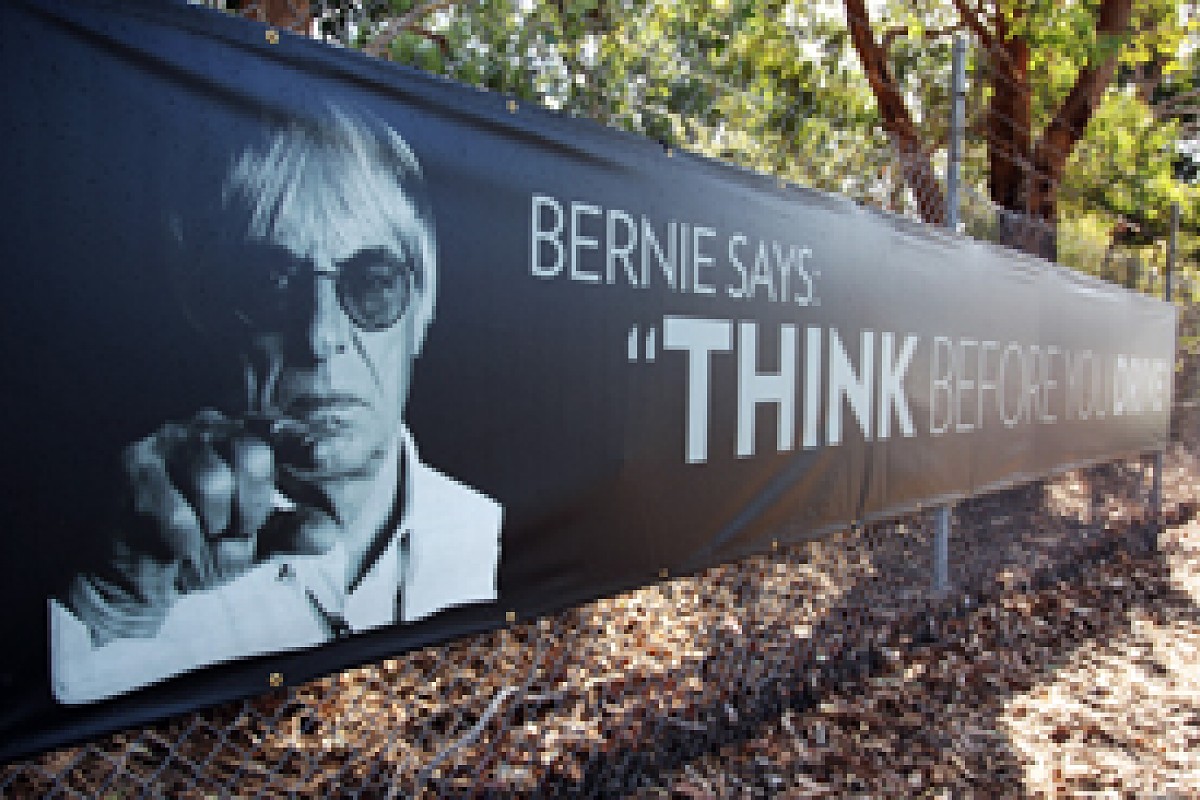