It was just like Formula 1 had rolled back the years at Valencia last Sunday.

There was the wily old fox Fernando Alonso at the top of the podium after a stirring and emotional afternoon in front of his home fans that left him struggling to hold back the tears. Alongside the Spaniard were not a couple of F1's new wave of youngsters, all chomping at the bit to try and knock the establishment off its perch, but instead it was the establishment itself: with Kimi Raikkonen and Michael Schumacher rewinding the clock a little bit for a flashback to Magny-Cours 2005 when the three men - looking a bit more youthful - were up there in the same positions spraying the champagne.

And there was something particularly fitting about having both Raikkonen and Schumacher enjoying the podium together, for it came on a weekend when it became pretty clear who has emerged as the real 'Comeback King' of 2012.

Successful comebacks are a hard thing to do in any sport, which is why this man has done so well to do what he has done so far. F1 is as fast moving a sport off the track as it is on it, and so many drivers get themselves churned through the system and spat out the other end, finding themselves without any opportunity, or even any desire, to do it again.

Yet even F1's stubbornness at times cannot hold back talent: especially if the man on the outside maintains the determination to make a success of it. In this case, people were pretty convinced he would be highly unlikely to make a comeback at all.

After all, F1 had not ended on a particularly high note and life outside of F1 had seemed to be pretty sweet. The pressures were much less, there was more smiling, and a more relaxed approach to everything.

His post-F1 life had been a time for taking stock on everything that had gone wrong, and finding new limits in different machinery on different race tracks.

That innate love of speed was still there and there remained the love of competition: the need to push himself and whatever he was driving to the absolute limit.

But deep down it just did not mean as much if it was not an F1 car. It is what he had grown up wanting to do, and while it had been fun doing something else in that post-F1 time, starting grands prix was the real target.

The changing political landscape of F1 certainly helped make that return possible. His former boss - with whom he'd had some good times but equally whose relationship was pushed to the edge as they parted ways - had moved on to very different things, and that particular generation of team bosses had been replaced by a different type of leader.

That shift helped open up options that beforehand had not been there, especially when the new team bosses included those with engineering backgrounds - who are able to make judgements on drivers on performance grounds, rather than what sponsorship benefits and contractual gains can be made. That is good news for men with talent.

Ultimately though, the success of the comeback was only ever going to be judged on speed, performance, and finally results. No one was expecting him to get straight back in the cockpit after his time away and be instantly fighting at the front of the field - apart from his die-hard fans of course.

Indeed, things were tough at the start. Yes, there were frustrations - which included incidents, collisions and media criticism - but it was important to keep the faith, keep the focus and galvanise the team around him.

All the while too, he was needing to do this against the backdrop of a team-mate that many team members, fans, as well as other influential people in the paddock, were desperate to see succeed.

Yet his qualities soon shone through - and the problems, the downbeat moments and the doubts were quickly replaced with a growing consensus that the real deal was unfolding in front of our eyes.

After a handful of races back in the sport, walking into the paddock, the belief that this man was a genuine contender for podium finishes became accepted wisdom. Topping the timesheets was no longer simply the result of some freak circumstance: it was the sign of genuine potential for that event.

And so it was that he arrived in Valencia last weekend as the talk of the town. Word in the build-up was that he was going to be the chosen one: the man who would become F1's eighth winner of 2012. He was ready, his car was capable of winning, and Valencia was going to give us that fairytale.

Sure enough the Comeback King showed his qualities on the street circuit: cutting it with the best, battling wheel-to-wheel with the big boys, producing some stunning (and very brave) overtaking moves, and proving to be every bit as sensational - if not even more so - than his much talked-about team-mate.

That ultimately he was unable to do anything about an inspired Fernando Alonso, who made the most of the opportunities delivered by Sebastian Vettel's retirement, mattered little. The point was made in emphatic style.

In terms of delivering above expectations, bouncing back from adversity, making the most of opportunities, and changing perceptions from the first chapter of his F1 career, there can be no argument about who has had the best F1 comeback in 2012. 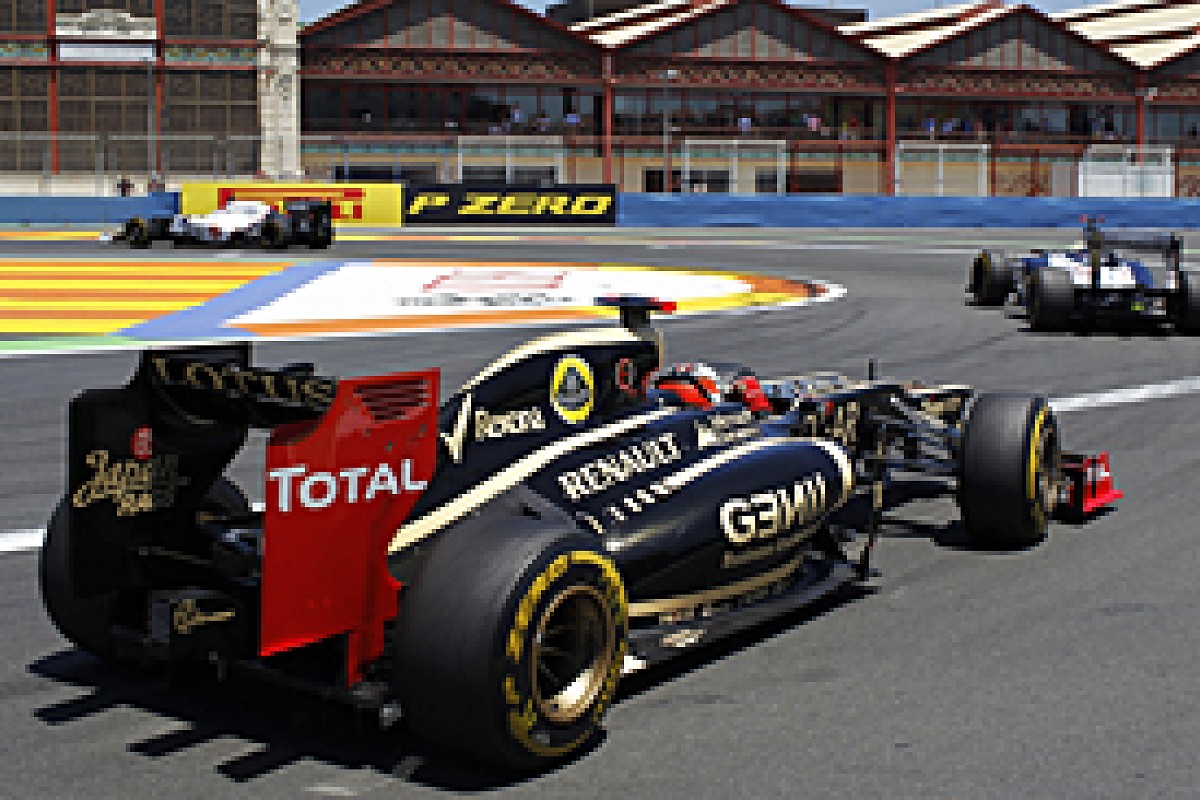