Williams left the unveiling of its latest challenger until the morning of the first day of Jerez testing. The new FW34 was wheeled out in front of the garage and, shortly after, commenced testing.

This no-nonsense event is typical Williams practice, but the 2012 Williams team is a very different group to that which carried out a similar process last year. After a disastrous year in 2011, there was a complete overhaul of the top level of technical management, what Frank Williams called "a fresh start".

The new structure is no longer headed by Patrick Head or Sam Michael, but by Mike Coughlan. His work over the second part of last year has brought the team a new approach, even though this is perhaps not exhibited with this evolutionary car.

Williams produced a revolution in its car design in 2011. Individually the features were logical, the tiny gearbox, the sloped sidepods and the undercut rollhoop. But as a whole, the car didn't gel with the Pirelli tyres and the team was slow to exploit the blown diffuser.

Coughlan was critical of the car's design over the winter. The new car might not look a lot different from the FW33 - its key features are much the same - but under the skin the car has been rethought. We will probably hear more about these technical improvement as the season progresses, but for now only the visual changes can be appreciated. 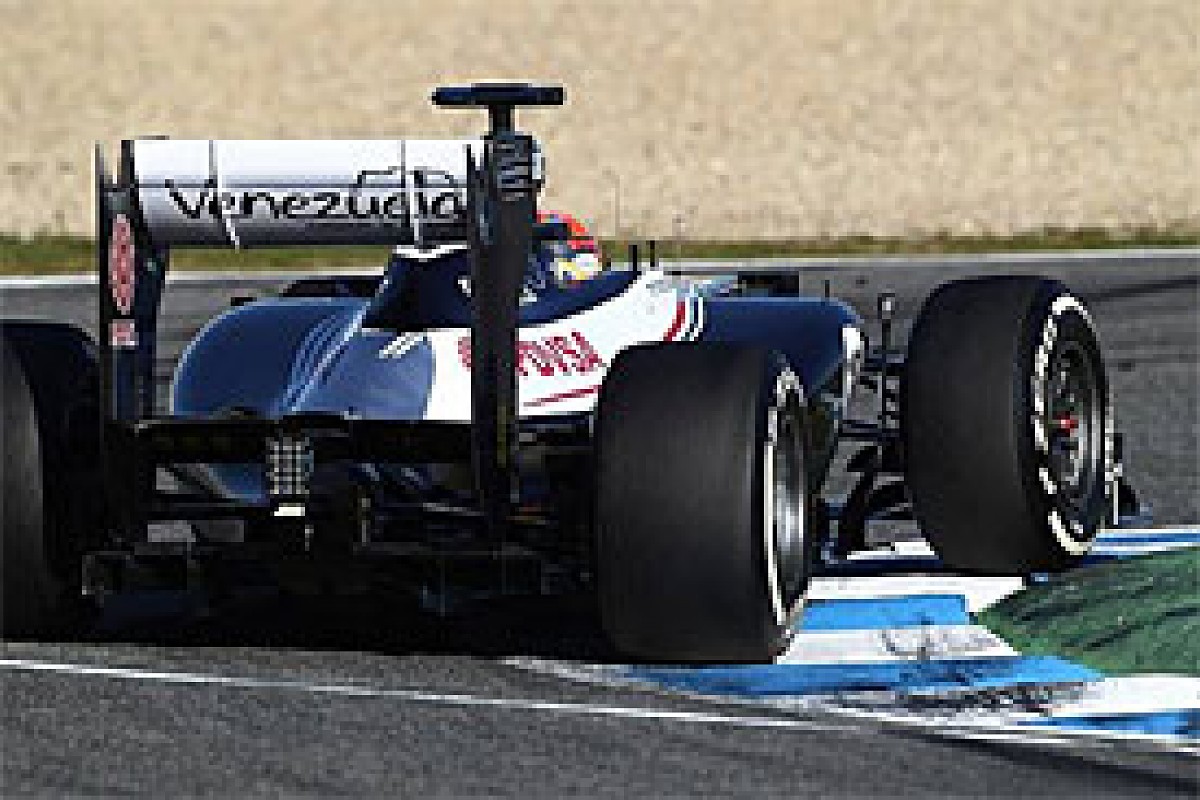 Evidently, the car's external concepts are very much an evolution from last year, the key changes being to the nose, exhausts and rear suspension. Williams has taken the common approach to the new nose regulations, keeping the nose cross- section rectangular and creating an abrupt step between the nose and the chassis.

Differentiating the Williams from others in this area is the very wide nose and extended front wing mounting pylons. Last year, several teams made these pylons as long as the rules permitted, acting like an endplate to offset the lift the mandatory centre section of wing creates. Williams has sought to place these pylons so rearward that they mount the front wing with barely a few centimetres of overlap.

The wing itself is based on the late 2011 season wing, which will be updated before Melbourne. Inside the front wheels, Williams has created very sleek brake ducts. With no inlet scoop evident to feed cooling air to the brakes, the inlet is actually formed between the forward protruding vane and the inside face of the tyre itself. No doubt at races that are hotter or feature greater braking demands than a cold Jerez, these will need to be enlarged.

In 2011, Williams developed and raced its own KERS for the Cosworth engine, the electrical-battery-based system being mounted beneath the fuel tank. With the switch to Renault power, despite Renault having its own KERS available, Williams has remained independent and will again race its own KERS.

The sidepods continue the 2011 approach, with 'L' shaped inlets leading back to very low and narrow sidepods. Meeting the 2012 exhaust regulations, Williams has gone for a simple periscope-style exhaust, exiting through the top of the sidepod.

The biggest feature of the 2011 car was the lowline gearbox, which had the empty section of gearcase above the gear cluster removed to allow better airflow to the rear of the car. This year the set up has been tidied, with a lighter case and the rear suspension mountings altered.

Now the upper rear wishbone mounts to a pylon sticking vertically out of the gearcase, rather than the tall central wing mounting pylon. To this pylon is mounted a new rear wishbone, no longer a 'Z' shape, but rather a simple 'V' shape wishbone with a separate trackrod.

With few external changes, it will be more down to the personnel and under-the-skin developments that will decide whether Williams can return to a more competitive mid-field position or not.