They say that time and tide wait for no man. Yet, in reality, Formula 1 should be added to that mix too.

Such is the fast-paced life of grand prix racing that it takes only the blink of an eye for the sport to move on and forget you. It's a business that wastes little time reminiscing over those whose lives and careers take them to different places. Here today; gone tomorrow. It's always been part of Formula 1 culture.

Drivers, bosses, team members, journalists and even teams come and go, and yet all that really matters is where we are now. Did the sport stop when Michael Schumacher left at the end of 2006? Did it only pick up again when he returned at the start of last year? Of course not. F1 rolls on unabated... and if you fall off the treadmill no one is going to stop to pick you back up again.

But, as with everything, there is always the odd exception. And, as F1 prepares for the final race of the season, the man who holds the key to the long-term driver market hasn't actually been to a single grand prix all year.

Robert Kubica may have been taken away from the F1 world by that horrific rally accident in February but, with the way the never-ending 'silly season' is panning out, he could yet play a decisive role in where the sport goes from here.

For although there is still no firm date on when (or even if) Kubica will be back in an F1 car, it is events both within and outside his control that have helped move him up the pecking order to such an extent that he is now a key man in the fight for seats in 2013.

He sustained horrific injuries, and some doubt that he will ever get back in an F1 car. But few would argue against the assertion that, if he can get back to full fitness, he will prove once again he is one of the most explosive talents out there.

His form last year in a Renault, which had no right to be running as high as it did, highlighted that here was a man worthy of race-winning machinery. So it was little wonder that Ferrari chiefs were sniffing around with a view to having him slot in alongside Fernando Alonso.

There was talk of pre-contracts already in place, of it just being a matter of time before he became contractually free to commit himself to Maranello and pull on those famous red overalls. But that was all before this year's Ronde di Andora Rally.

Even so, it had been hoped that Kubica would be much further down the recuperation route by now. Just remember the comments from his manager Daniele Morelli earlier in the year, when he hoped that his man could be ready for a return at next week's Brazilian Grand Prix.

Things have not always gone to plan with the recovery. Sources suggest that an operation to release his elbow led to complications with his nerve-endings - which had a knock-on effect on that injured right hand.

Subsequent medical work has helped improve matters and, after what was effectively a lost month, Kubica is now improving again, now needing to build up muscle mass. From what I hear, he'll be back undertaking proper physical training, including running, as soon as next month.

But there's still a long way to go and, although it can't be totally ruled out, it is unlikely he will be fit for the start of testing in February or even the opening encounters of the 2012 season.

More likely is that it will take upwards of six months for Kubica to be race-fit again, and that we won't see him in grand prix action until the second half - or maybe even the final two or three races - of the 2012 campaign.

While such a state of affairs would be a blow to Renault, whose plans have been dealt a major blow by Kubica's absence, a comeback towards the end of 2012 would not be such a problem for the man himself. In fact, you could argue that it's actually the best thing for him.

Any comeback where he is operating at below 100 per cent would prompt claims that he is not as good as he was before the accident - and then he could drop off that F1 treadmill once more.

So a handful of races at the end of a campaign to get his eye back in, a whole 12 months from now, would give him ample preparation to get ready from a physical and mental perspective. And it would give him another winter to work on areas where he still needs to improve ahead of 2013.

Yet the most tantalising prospect surrounding Kubica is that his comeback may well not be in a Renault...

While Kubica has been out of action, the F1 driver market has shaken itself up in such a way that the Polish driver now has to be top of anyone's list of potential Grade A candidates for 2013 - even if he still has a question mark after his name.

Fernando Alonso, Sebastian Vettel, Jenson Button and now Nico Rosberg have all taken themselves out of the equation for new seats in 2013.

So that all leaves Kubica in the plum position of being a potential free agent for 2013 - at a time when there could be vacancies at both Red Bull Racing and Ferrari.

Mark Webber may feel at the end of next season that his best years are behind him in F1, while Ferrari readily concedes that Felipe Massa needs to lift his game next season during what is being viewed as an 'important' campaign for him.

Should either of these teams need a new driver, then they know that Kubica has to be on their shortlist. And he may well feel that his F1 future is best served driving for these two teams rather than hoping that Renault can rediscover its mojo to get back to the front after a lacklustre 2011 campaign.

Renault boss Eric Boullier conceded last week that he could not rule out Kubica returning to F1 with another team, especially since, from December 31, he is effectively a free agent.

"The contract is expiring at the end of the year, so he does what he wants," said Boullier. "We have been fair enough, we have been morally committed and if he wants to drive somewhere else, fine. He does what he wants. I don't believe there is another place available that is better than ours."

Not today, certainly. But if attention shifts to 2013, then the picture changes dramatically - and Renault may no longer be the best place to be.

Whether the contract is there or not, Renault will keep a seat open for him. It will get its 2009 cars fired up and ready for him to try his hand in F1-spec machinery, and do all it can to help Kubica make his way back into F1.

But if you were Ferrari and Red Bull Racing, wouldn't you be offering the same?

Wouldn't it be easier for Kubica, after all, to take the two-and-a-half-hour car journey from Formula Medicine's clinic in Capezzano Pianore to Maranello for a run in its simulator, or a trial on the Fiorano test track? Could such a prospect even have been discussed already? Could this be the reason why contact between Kubica and Boullier has gone cold recently?

Time and tide may not be waiting, but neither is Kubica. He is going to grab the best chance he has to make himself a winner again in F1, wherever that may take him. 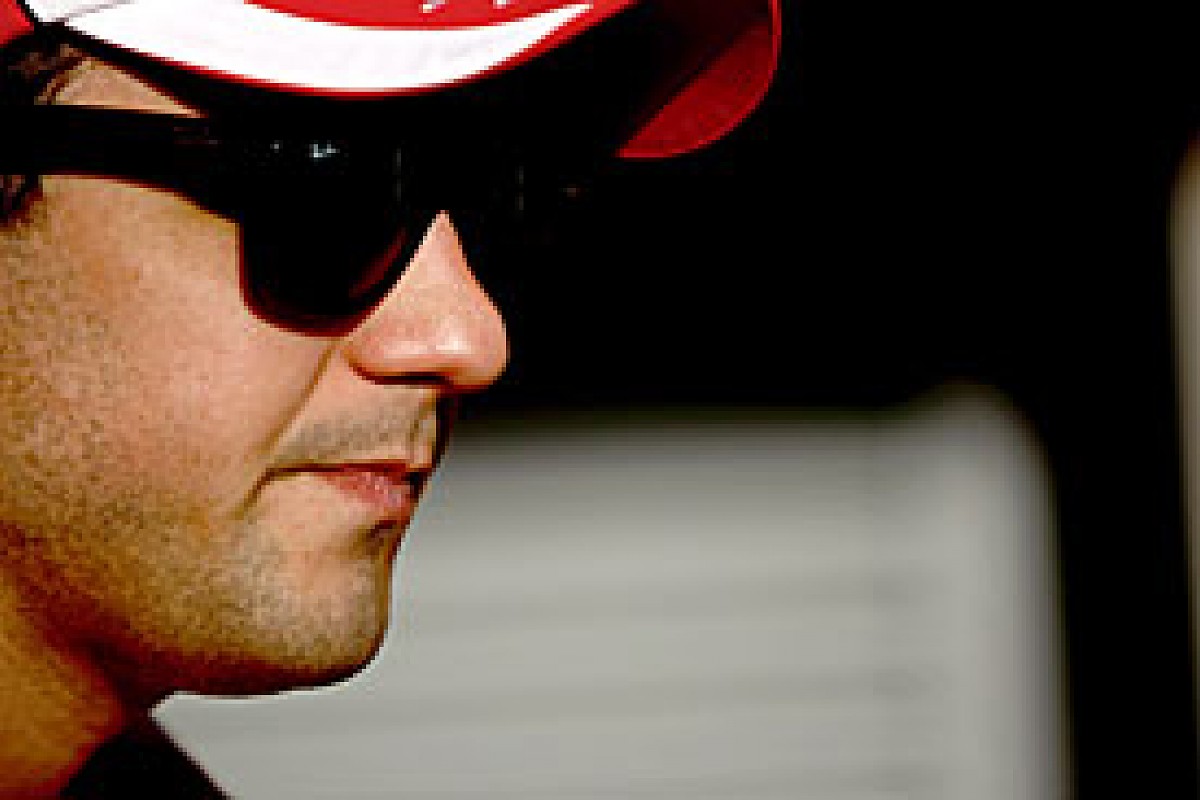