All of the talk heading into the Japanese Grand Prix will be of whether Sebastian Vettel will clinch his second successive Formula 1 World Championship. That's something of a red herring, however, for it's a foregone conclusion that he will be crowned even if he decided to quit and take up NASCAR for the rest of the year!

This has led some to question what the point is even of watching the remaining races, given that it's all over bar the shouting at the front? Well, if we disregard the fact that a grand prix is always worth watching - regardless of the championship situation - there is plenty to recommend the Japanese Grand Prix.

Firstly, there's Suzuka. It vies with Spa for the accolade of the drivers' favourite circuit. Its unique blend of fast and medium-speed corners, many with little margin for error, are arguably the greatest showcase of a car and driver's abilities of any contemporary grand prix track. You can make a strong case to say that Suzuka is a bigger challenge than Spa nowadays and even though overtaking is difficult it's one of those races that has an almost mesmeric quality.

Secondly, there's the battle for second in the world championship. Of course, in itself the battle to be 'first loser' isn't in itself particularly significant - just ask Stirling Moss how much he prizes his numerous runner-up spots. But for each of the four drivers in contention there is something to play for.

For Mark Webber, who has the best car in the field, he needs to end up second in the points to make the best of a season that has shown flashes of promise, but which has largely underwhelmed. To finish so many points behind Vettel is one thing, but to end up two or three places behind him in the standings is something that he will desperately want to avoid.

For Jenson Button there's the chance to end the season ahead of his McLaren team-mate Lewis Hamilton fair and square and consolidate what many think is his increasing status in the team. Conversely, Hamilton needs a strong end to the season to banish the many mistakes that have blotted his copybook. If he can add a couple of wins and end up second overall, a season that would otherwise go down as bad will be much more highly regarded.

As for Fernando Alonso and Ferrari, it's all about laying down a marker for next year. There's a sense that some momentum is now building at Maranello after troubleshooting its windtunnel to track correlation problems. The runner-up spot would send him into the winter with good cause for optimism.

Thirdly, there's the thrill of the unexpected. It's been a few years since we've had a wet race at Suzuka and that always produces some spectacular racing. There are a few trick high-grip lines where those most familiar with Suzuka might be able to gain serious ground, which raise the possibility of a race of surprises.

Fourthly, there is a fascinating battle for fifth in the constructors' championship. While it's hardly a position to get the pulses racing, Renault appears to be under serious threat from Force India and needs to end a run of bad results here. With Toro Rosso and Sauber all in a similar ballpark in terms of performance, the most tense battles at Suzuka might be in the middle of the pack.

Finally, if you disregard all of the above, there's the simple fact that the chance to see Vettel crown his incredible season is not to be missed. While some tire of seeing the blue machine at the front and controlling the race, few will argue that this is anything other than an all-time great on the verge of graduating to a place among the star names in the history of the sport.

It's tough to find that kind of thing boring, even if it is a little predictable!

Pirelli has allocated soft and medium rubber for the Japanese GP. With overtaking likely to be tough even with the DRS assist, this will be a race where track position is prized above outright speed.

Suzuka is a track where drivers always seem to be turning, with the back straight and the relatively short start/finish run the only straights worth mentioning. This means that the tyres will be worked hard and raises the possibility of a three-stop race for the frontrunners.

As usual in 2011, it will be hard to tell how things will pan out until practice gets underway. On paper, anything from a one to a three-stop looks on the cards and the priority in setting up the car will be to ensure that you aren't too hard on your tyres. If you make a stop less than those who start around you, chances are you'll finish ahead of them. 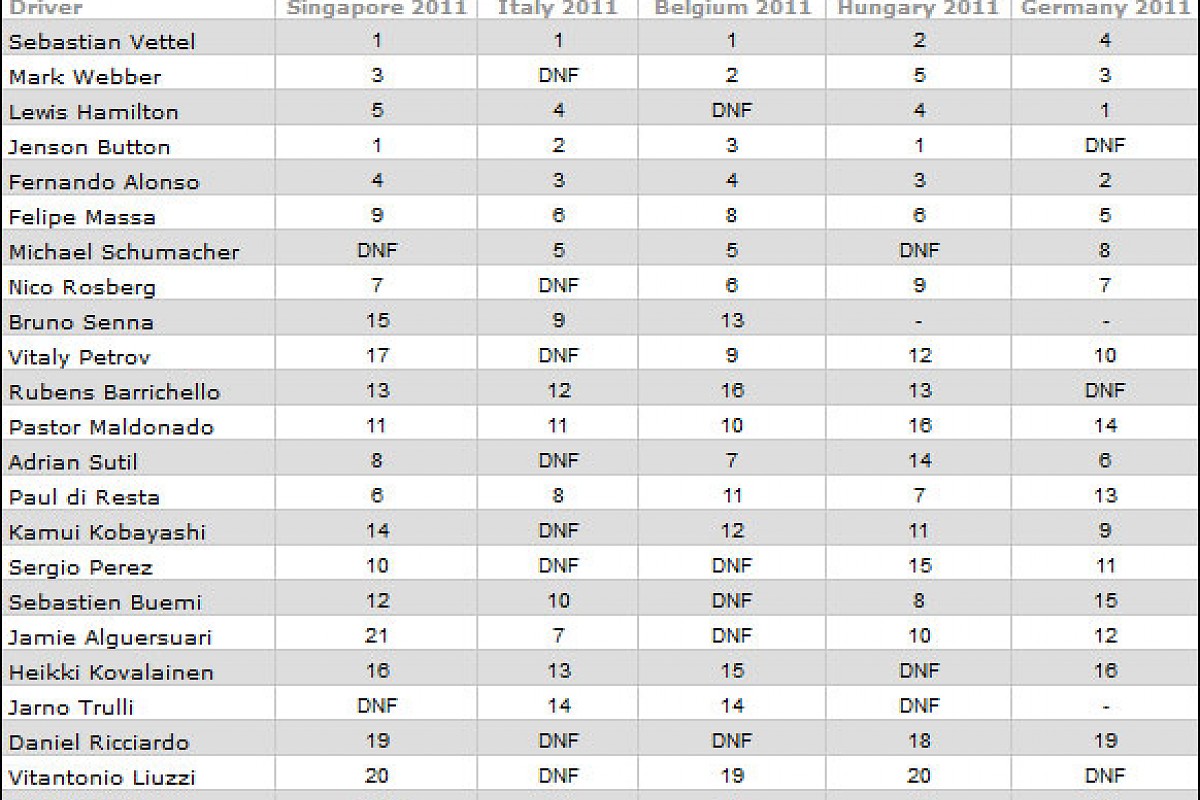 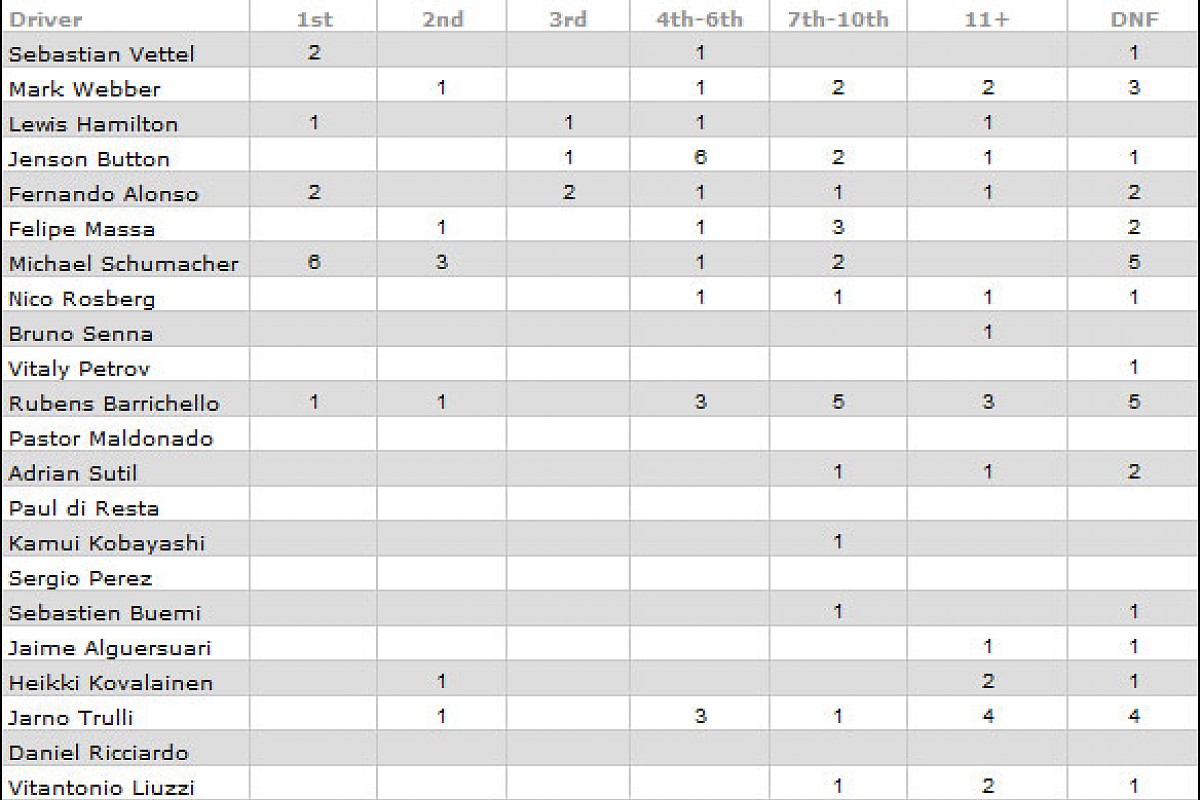